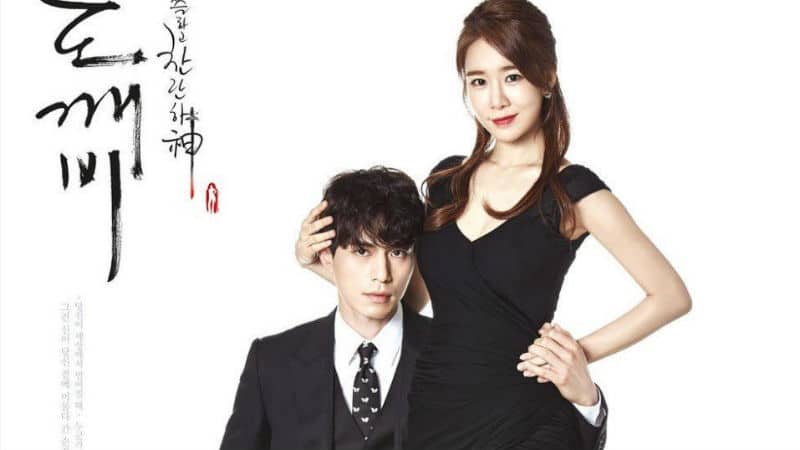 K-drama fans of Goblin have received some phenomenal news. Yoo In-na and Lee Dong-wook, the two actors who played the secondary leads in the aforementioned K-drama, are reuniting for new tvN K-drama, Touch Your Heart.

News about the two popular Hallyu stars reuniting were first reported last Friday, October 19, 2018. At that time, industry representatives reported the actors are likely to star in Touch Your Heart as both actors’ agencies commented that they are positively considering the offers.

Soon after, both Yo In-na and Lee Dong-wook confirmed their appearance in Touch Your Heart. According to tvN, the K-drama is a story of a successful lawyer and an actress who fakes her position and works as his secretary.

Dong-wook will play the lawyer, Kwon Jung-rok. His character is a workaholic who regards his office as sacred ground. He is also a perfect man who always wins his cases and has high credibility among his clients.

In-na will play the Oh Jin-shim, a bubbly and quirky actress going by the stage name Oh Yoon-seo whom everyone expects to retire after her scandal surfaces. She fakes her secretary position with Jung-rok to find a way to clear her name and return to glory.

To top off just how potentially popular Touch Your Heart will be, it is being directed by producer Park Jun-hwa. He is known for directing popular K-dramas Let’s Eat, Because This Is My First Life, and the very popular What’s Wrong with Secretary Kim.

On October 22, 2018, Yoo In-na opened up about her upcoming role in Touch Your Heart during an interview at her photoshoot with Marie Claire. It was revealed she chooses roles on whether she is able to do it.

Reportedly, her final two months of this year will be strictly working on Touch Your Heart. It should also be noted this upcoming role is her first within two years. That means her last role was in Goblin.

There is a reason why K-drama fans are excited for the Goblin co-star reunion in Touch Your Heart. For those who don’t know, Goblin (also known as Guardian: The Lonely and Great God) was the most popular K-drama of 2016. It even surpassed Descendants of the Sun if viewership is adjusted comparing free-to-watch and cable television.

In Goblin, Lee Dong-wook plays Wang Yeo the Grim Reaper, a good-looking, cynical yet humorous grim reaper who guides souls to their reincarnations or afterlives. He has no memory of his past life, and develops a strong friendship with the Goblin (Gong Yoo).

Yoo In-na plays Kim Sun or Sunny, an attractive chicken restaurant owner who is constantly confused by Wang Yeo’s social awkwardness. She was the sister of the Goblin in her previous life.

Fans loved the chemistry both Lee Dong-wook and Yoo In-na had in Goblin and those two were playing secondary leads. Ergo, fans look forward to see how things will be when the two actors play the main leads.

Right now, there is no new information on when Touch Your Heart will air albeit sometime in 2019. For those who wanted to check out how Yoo In-na and Lee Dong-wook work together in Goblin, it was only available through DramaFever and sadly that streaming service is now closed. It is available on Rakuten Viki but not in the United States.