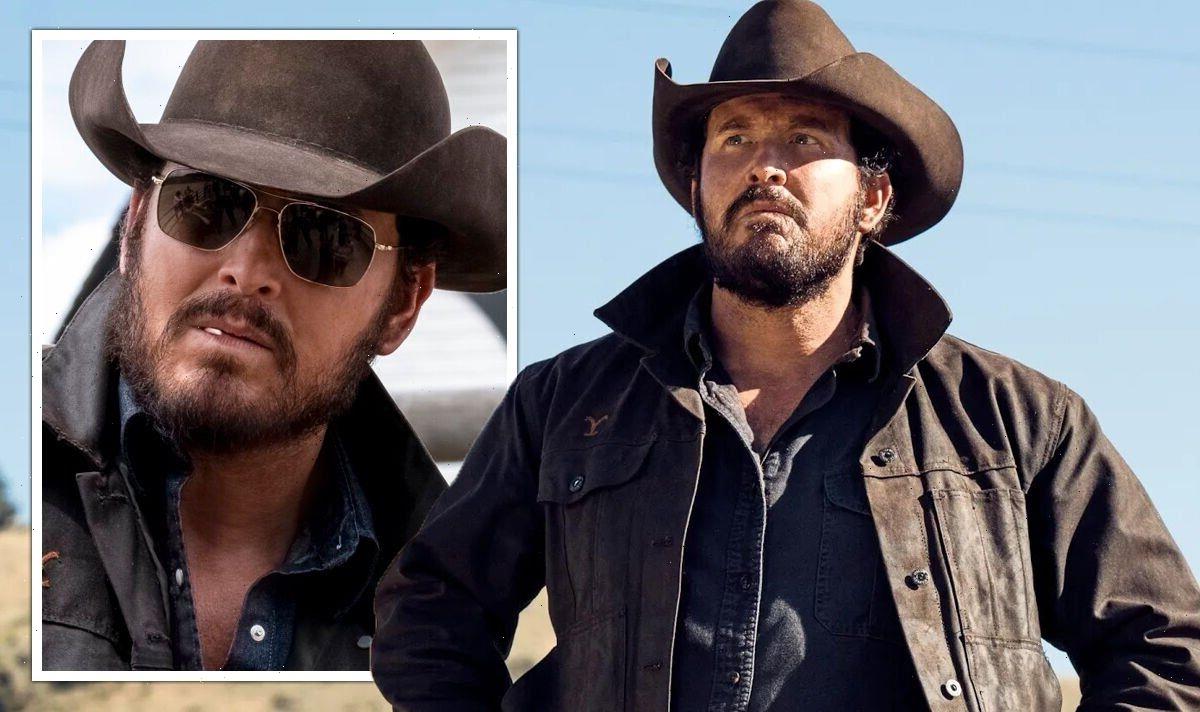 Yellowstone will return to Paramount Plus in November for the fifth series as the Duttons continue to fight to keep control of their ranch. As fans eagerly await for news on the storyline for the fifth series, Cole Hauser thrilled his followers on Instagram as he shared a snap of himself sitting on his beloved horse.

The Rip Wheeler star certainly looked ready to work as he sat proudly on the horse in a Stetson hat and dark shirt.

The actor had a pair of sunglasses on and was looking out into the distance as the Dutton home could be clearly seen behind him.

Unsurprisingly the first-look at the new series sent fans wild along with his co-stars as Beth star Kelly Reilly commented: “Giddy up.”

Fan boggs2378 commented: “Easily one of the best television characters of all time.”

The sneak peak came just one week after the Rip star confirmed he was back on set to film new episodes.

Sharing a dark photo of the Dutton ranch, he wrote: “Hey old friend… missed ya!”

Cole isn’t the only cast member teasing fans with behind-the-scenes shots of the new series.

Earlier this week, Kelly Reilly confirmed she too was back in Montana to film noting she’d missed the set.

“Lily of the valley made it from my garden today to this beautiful valley in Montana,” she captioned a shot of the flowers in her picture.

“I have missed these mountains so much, this cast and crew and of course her… #season5 #yellowstone.”

Exciting fans even more, she confirmed the episode count in the comments section of her post.

While details for the new series are being kept tightly under wraps, fans will no doubt be excited to hear David Oyelowo has been working with the cast.

He will take on the Bass Reeves in the Taylor Sheridan series about the law enforcement officer.

Could they all be preparing for the Paramount Plus series together? Perhaps Bass will show up in Yellowstone in a flashback scene.

Yellowstone season 5 will air on The Paramount Network on November 13.