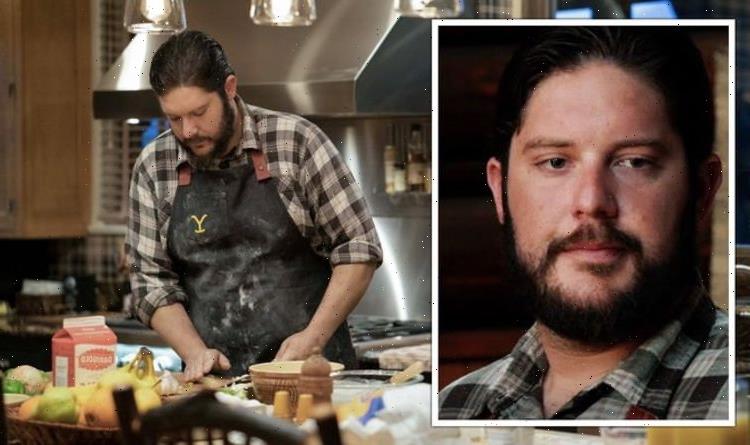 Yellowstone season four will be arriving on The Paramount Network on November 7 and the trailer has officially arrived. There are some intense moments in the teaser video, and eagle-eyed viewers have spotted a worrying clue about one of the characters. They believe Gator (played by Gabriel ‘Gator’ Guilbeau) will get killed trying to protect Monica Dutton (Kelsey Chow).

Does Gator die in Yellowstone season 4?

The latest outing of Yellowstone should answer some crucial questions following the tragic season three finale.

The Duttons were attacked by anonymous killers and now the war has reached the ranch itself, meaning Monica is in grave danger.

She and her son Tate (Brecken Merrill) soon found out something was amiss when they heard a commotion outside.

In the trailer, they are both seen running from the house, in a bid to find shelter at the bunkhouse.

In one scene, Monica can be seen in the kitchen and there is a body in the background.

She seems to be looking back at the shooter, and fans are trying to figure out who was in the kitchen with her.

While some believe it was an attacker who had been chasing her, others fear it could be Gator – the Dutton family cook.

They have taken to the online platform Reddit to analyse the scene in more detail, with one saying: “Is that my man Gator shot in the kitchen?”

Another responded: “That’s not Gator shot in the kitchen. It’s the guy in the clown mask. Monica is turning to look back at the person who shot them.”

Another added: “My hunch is that Gator shot the guy and saved Monica. The dead man’s wound and condition of his shirt points to a shotgun blast rather than a gun.”

Fans have pointed out how the colour of the man’s shirt matches that of the attacker from earlier on in the trailer.

However, on closer inspection, they noticed a resemblance between the dead man and Gator.

One said: “You are right…I blow up the picture and edited it. It is Gator.” [Sic]

Another said: “It looks like Gator to me. For reals. I don’t want it to be him but it def looks like it.” [Sic]

A third added: “I hope it’s not. It looks like the same or similar clothes as the guy dragging Monica across the floor except he’s wearing some kind of clown mask or something. That’s why I think (hope) it’s not Gator.”

From still images taken from the trailer, viewers can see Monica being dragged by her feet by a man in a clown mask.

He appears to be wearing a grey shirt, and it looks different to what the dead man is wearing.

In another freeze frame, the dead man appears to have short dark hair and possibly a beard.

He is holding his hand over the wound, suggesting he may still actually be alive at that moment.

When comparing this image to one of Gator, the hairstyles are slightly different.

However, it is hard to tell for certain due to the quality of the image taken.

Monica’s reaction does not suggest someone she cares about has just died, so hopefully, it is not Gator.

It seems she is looking back in shock at the person who saved her from near death.

The image fans have spotted seems to be from the immediate aftermath of a scuffle with the attacker.

Hopefully, the attacker saw his demise as Monica was saved by Gator, or someone else.

Yellowstone season 4 airs on The Paramount Network on November 7.