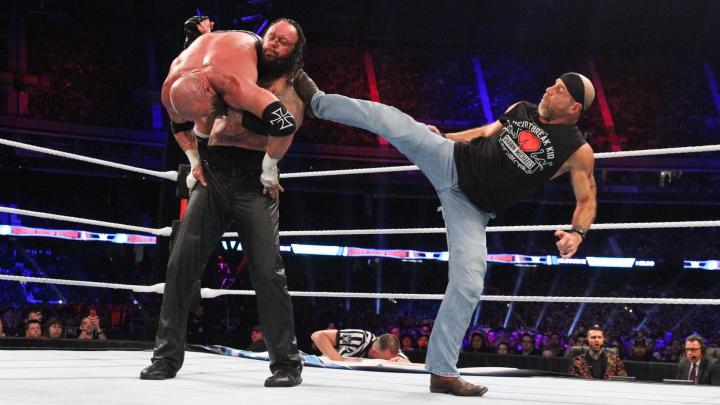 The WWE went down under for their most recent special event, the WWE Super Show-Down in Austrailia on Oct. 6.

Most fans in America did not see the event live as it kicked off at 5 a.m. EST in the United States due to time zone differences. However, we have all the results and here is what happened at the WWE Super Show-Down in Austrailia.

AJ Styles defended his WWE Championship against Samoa Joe to maybe end a feud that has grown dark. The match lasted almost 25 minutes and the two turned in an amazing performance.

it was no count out and no disqualification, so anything goes, and the two proved that they know each other inside out and can work a great match in any style.

Just like at Hell in a Cell, AJ Styles made Samoa Joe tap out to the calf crusher in a move that paid off from the original match but made Styles look good by keeping his shoulders up this time for the win.

This should end their feud for now, as Daniel Bryan beat The Miz to become the new number one contender and will likely get one of the main event spots in Saudi Arabia against AJ Styles in what could be the Match of the Year.

It would be remiss not to mention the WWE Cruiserweight Championship match. Cedric Alexander has been one of the best champions in the WWE based on his match quality alone.

However, after Buddy Murphy seemed dead in the water in NXT, he revitalized his career on 205 Live and has been a highlight in every match he took part in.

It also helps that he was the hometown boy in Austrailia and between these two guys great talent and the crowd’s investment, this was a real treat.

They only got 10 minutes but they made every second count and turned in what might be the best in-ring match on the show.

The IIconics are not very good. The WWE wanted to make Austrailia happy and give them another home-town win and that meant the IIconics winning over Asuka and Naomi.

It was a bad match, with a lot of botched moves, and Asuka is nowhere near the position she should be in the women’s division. This was just bad.

Becky Lynch retained her title by cheating. She hit Charlotte with her title to keep the belt and set up a rematch at WWE Evolution later this month.

Despite her heel tactics, the fans still love her and boo Charlotte. It is a strange time in the SmackDown women’s division. The match was good and Becky is showing more aggression.

What about John Cena?

John Cena teamed with Bobby Lashley and they beat Kevin Owens and Elias.

The match saw Cena playing his greatest hits and then winning with his kooky martial arts punch he said he learned from Jackie Chan.

It was ok, but not really worth much outside of Cena’s return.

A lot of WWE fans expected either The Shield to break up in this match or for something to go wrong between the bad guys.

Instead, the WWE chose to just have another great Shield trios match with them winning a hard-fought 21-minute match by pinning Dolph Ziggler.

There is no telling where they go from here, but a Survivor Series rematch is likely.

The Elephant (Undertaker) in the Room

The idea with The Undertaker is that if the WWE puts him into safe matches with wrestlers he knows well, they can extend his career. He doesn’t know anyone much better than he knows Triple H.

Sadly, the match was slow and cumbersome. Neither man looked great and everyone was moving around the ring like a snail. One would think Triple H vs. Undertaker would be a solid Undertaker match compared to his past few, but it wasn’t good.

On top of that, after all the interference by Shawn Michaels and Kane, Triple H pinned The Undertaker in a match that dragged out over 20 minutes.

After the match, Undertaker and Kane pretty much destroyed Triple H and Shawn Michaels and put Shawn through a table to end the show, probably setting up his return to the WWE ring for the Saudi Arabia show.