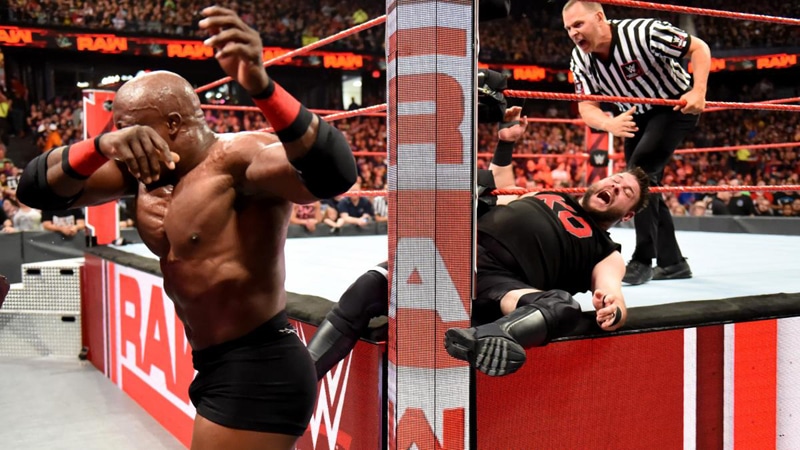 The WWE has struggled in recent years with knowing who and when to turn someone face or heel, but they finally got it right with Bobby Lashley and Kevin Owens.

For years, the WWE Universe has been begging Vince McMahon to turn Roman Reigns heel but he ignores it. Then, the WWE turned Becky Lynch heel against Charlotte Flair and the fans hated it.

This week on WWE Monday Night Raw, the WWE pulled the trigger on Bobby Lashley and turned him heel in a match against Kevin Owens. As a result, it seems Owens has turned face.

The fans have been ambivalent against Bobby Lashley since his return. It isn’t that fans don’t like Lashley as a professional wrestler — it is that he comes across vanilla as a babyface.

First, the WWE put Lio Rush with him a few weeks ago and the two of them kept it up, with Rush as the mouthpiece, but he kept working as the babyface and the fans still didn’t care.

As Lashley proved in TNA Impact Wrestling, he can be one of the best heels in the business when he just brutalizes people without a care in the world.

In the match against Kevin Owens on Monday Night Raw, the WWE finally listened to the fans. Lashley ended up brutalizing Owens’ knee and then, after the match, he destroyed Owens without remorse. Lashley then mockingly posed for the fans before leaving.

Backstage, Lio Rush then talked smack (which is what he is best at) to Finn Balor, which looks like it will set up Lashley’s next feud.

The fans have been wanting to cheer Kevin Owens for a while despite the fact that he is the perfect heel. With Becky Lynch getting a ton of cheers on SmackDown Live despite using heel tactics, maybe Owens could fill that role on Monday Night Raw.

Meanwhile, Bobby Lashley has escaped from the purgatory he was in as a babyface in the WWE that no one cared about. It is time for the mean and angry Lashley to just start running through people in the WWE.