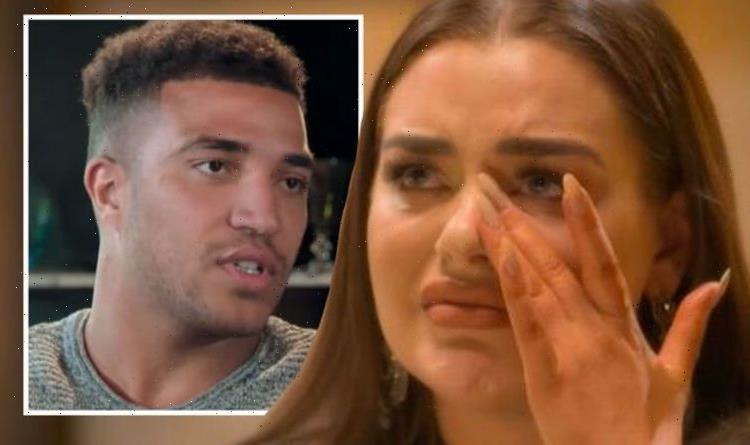 Amy Christophers and Josh Christie walked down the aisle on Married At First Sight UK in the third episode of the latest season. They decided they would risk it all for love and have been wrangling through the trials of wedlock and living together. However, with their road looking rockier than ever ahead of Thursday’s episode of the Channel 4 reality dating programme, it looked as if they were going to leave. Here is everything you need to know about whether they really left.

Will Amy and Josh leave Married At First Sight UK?

The pair certainly haven’t seen eye to eye since they tied the knot as Amy declared her determination to “not waste time”.

Josh was more sceptical as he confessed it can usually take him a year to say, “I love you”, which doesn’t suit his wife’s future plans.

Amy expressed her desire to be pregnant within a year of meeting her life partner but it seemed they were on different pages.

During their commitment ceremoy with the dating experts during Thursday’s episode, Amy was prepared to leave the process.

She had written out two responses with regards to the couple’s future but her final answer depended on how her spouse was feeling.

Sitting on the sofa with him in front of the experts, Amy said: “Listing to Josh, I feel like he is trying.

“But we do move at different paces and I just feel quite alone. I’ve been left in social situations before when my partner hasn’t checked in on me.

“I don’t want somebody like that again,” she explained, before unveiling her decision on whether she was leaving.

It has not been officially revealed what Amy decides to do as the episode will air later this evening and will follow the aftermath of the result.

Away from the show, Amy frequently posts on social media and has spoken about her experience on the show and the reality of the situation.

Amy said in an Instagram post: “Just a gentle reminder we are real people, with feelings and we all put ourselves out there in the hope of finding the one! Which was a really brave thing to do!

“However, I think it’s important to remember it is a reality show as well and you only get to see snippets from our day/week in an hour-long episode.

“Lots of things haven’t made the cut (including some of my best one-liners probably) anyway I’m so excited for you all to see it, and if you think we are t**ts, you’re probably right but we don’t need to hear your negative comments so please text in your group chats instead!”