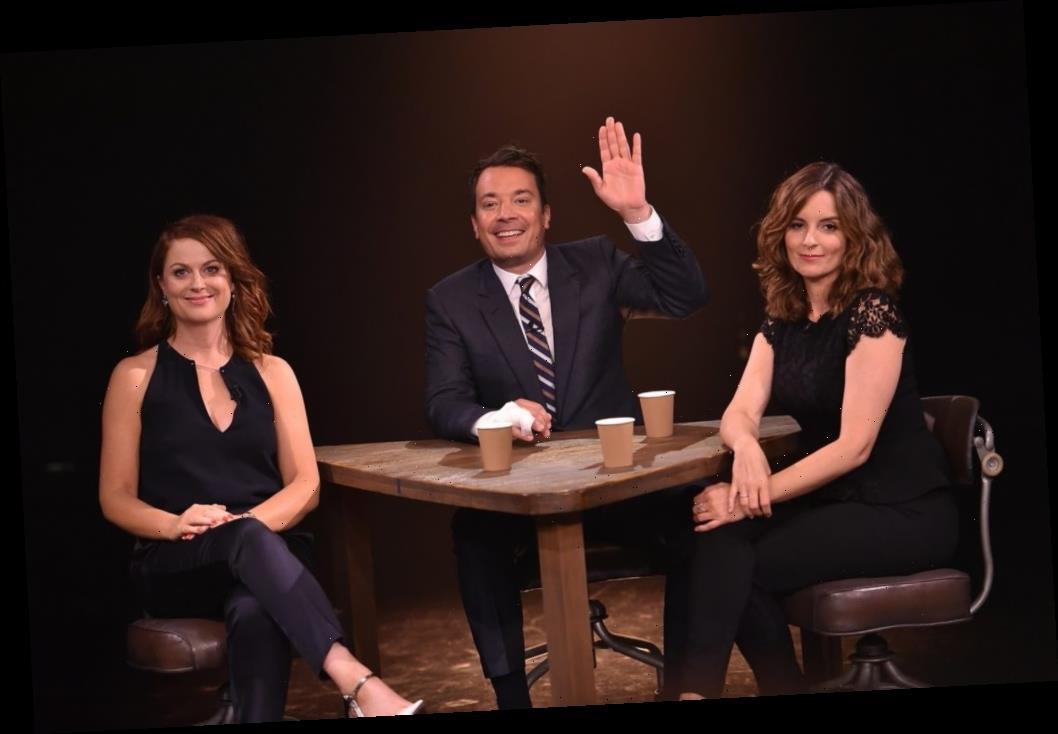 Saturday Night Live alums Tina Fey and Amy Poehler have teamed up numerous times since their stint on the iconic NBC show. Collaborating on several films together and boosting ratings of the Golden Globes as hosts, the popular comedians quickly became two of SNL‘s biggest stars.

In her memoir, Fey recalled an incident where Poehler stood her ground with an SNL co-star, which helped set a new tone with the male cast members.

Fey met Poehler at a Chicago ImprovOlympic Theater class in 1993 and instantly hit it off.

“She was sharp, shy, and hilarious,” Poehler wrote in her 2014 book Yes Please. “We took classes together and sat in the back… When we did scenes together, they weren’t particularly funny or interesting. There was absolutely nothing pointing to the fact that anyone on our team would be successful in any kind of comedy career.”

Jimmy Fallon got a sharp rebuke from Amy Poehler

Fey recalled when Poehler started out on SNL, and referred to a memorable incident that happened in the writer’s room.

“There were always a lot of noisy ‘comedy bits’ going on in that room,” Fey wrote in her 2011 book Bossypants. “Amy was in the middle of some such nonsense with Seth Meyers across the table, and she did something vulgar as a joke. I can’t remember what it was exactly, except it was dirty and loud and ‘unladylike.’”

Tonight Show host Jimmy Fallon was a seasoned cast member at the time, and apparently wasn’t a fan of Poehler’s humor.

“Jimmy Fallon, who was arguably the star of the show at the time,” Fey explained, “turned to her and in a faux-squeamish voice said, ‘Stop that! It’s not cute! I don’t like it.’ Amy dropped what she was doing, went black in the eyes for a second, and wheeled around on him. ‘I don’t f*cking care if you like it.’”

Fey noted Fallon’s surprise at Poehler’s comment, as well as the positive impact her stance had for the women in the cast.

“Jimmy was visibly startled,” Fey recalled. “Amy went right back to enjoying her ridiculous bit. (I should make it clear that Jimmy and Amy are very good friends and there was never any real beef between them) … With that exchange, a cosmic shift took place. Amy made it clear that she wasn’t there to be cute.”

Poehler’s assertiveness sent the message that she had had a job to do and wasn’t going to accept a lesser role. Fey applauded her pal’s courage, which helped pave the way for her fellow female co-stars.

“She wasn’t there to play wives and girlfriends in the boys’ scenes,” Fey wrote. “She was there to do what she wanted to do and she did not f*cking care if you like it. I was so happy. … Even though things had been going great for me at the show, with Amy there, I felt less alone.”