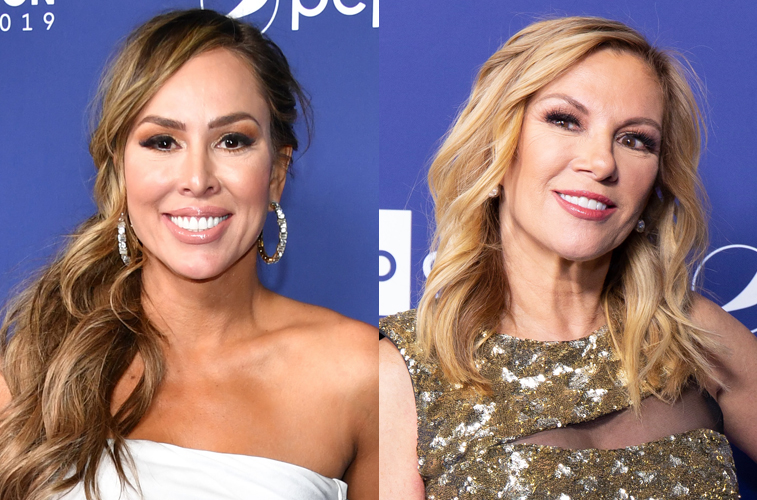 Singer wants Dodd to swap coasts and join her on RHONY. It was the prosecco queen that introduced Dodd to Rick Leventhal. As the RHOC star is now engaged to marry the Fox News reporter, there’s a big question mark as to what Dodd’s future is on the Bravo reality series.

With BravoCon in full swing in NYC, Singer and Dodd met up and dished on what she should do after she gets married.

“So I’m having lunch with the beautiful Ramona. She wants me to be on The Real Housewives of New York, how about that?” Dodd said on her Instagram Stories.

It’s clear that Singer wants Dodd to drop RHOC in favor of RHONY since Leventhal is based in the Big Apple.

Dodd and her ex-husband are not in good terms when it comes to Leventhal. Michael has horrible nicknames for Dodd’s fiancé and he did not take well the news of her engagement.

“It’s very contentious right now. He gets upset,” the RHOC star told Us Weekly. “He knows who [Rick] is. And he’s very mean about him. He calls him Gonzo. And then he’ll send me pictures of him, he’s just mean. He’s not happy for me.”

Michael has even threatened to expose Dodd and reveal intimacies about her, something that she is not fearful of.

“He wants to come after me. He says, ‘I’m going to expose you.’ I’m like, ‘OK, go head, expose me,’” she revealed. “It’s already out there! Everything’s out there. There’s nothing you can say or do that I haven’t been exposed about.”

I can’t believe I just got engaged !! @rickleventhal you are my Prince and my dream come true!!! #love #engaged #myprince

Dodd had previously hinted that it “would be a dream” to switch franchises and hold an apple instead of an orange. Her situation in RHOC is not the best as she is not getting along with Tamra Judge, Shannon Beador, and Vicki Gunvalson, who had a “friend” role during season 14.

If Gunvalson returned to RHOC as a main housewife, Dodd would not be the happiest in that scenario. Before the start of the current season, Dodd expressed her happiness that the OG of the OC was demoted.

“I think that she uses everybody as a storyline. She doesn’t really have anything in her life,” Dodd told Us Weekly. “You know, her kids are gone, her grandkids are gone,” Dodd told the outlet. “All good things come to an end. And I think, you know, everyone was kind of sick of their story, money, Tamra and Vicki. So you know, I think it’s kind of time for them to go bye-bye. I feel like, out with the old, in with the fresh. It’s stale, it’s getting stale.”

The Real Housewives of Orange County continues to air every Tuesday at 9 p.m. ET on Bravo.