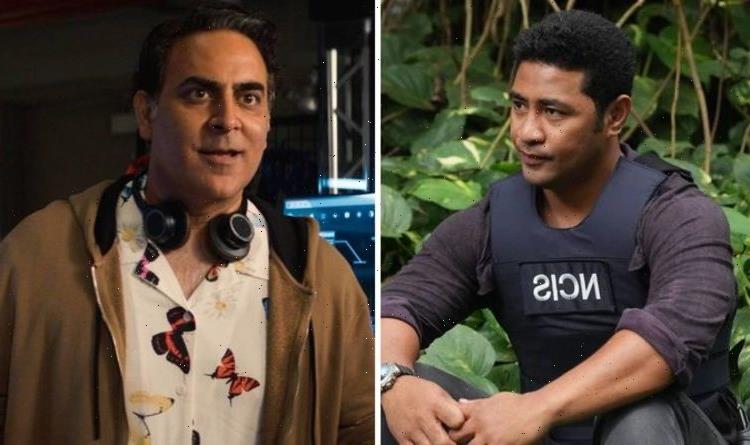 NCIS Hawaii has been a major success for the franchise, giving fans an insight into a different culture, all the while being led by the first female agent Jane Tennant (played by actress Vaness Lachey). The CBS drama pulls in millions of viewers every week who look forward to sitting down on a Monday night for the latest instalment. However, this won’t be the case this time around as there is no new episode airing on the network.

NCIS Hawaii was seen last week on Monday, January 24, on CBS for the second part of Spies.

Jane discovered that her mentor and friend Maggie Shaw (Julie White) was a double-agent, providing information for her long-lost son who was working with the Chinese Government.

The team managed to prove what Maggie was doing and Jane arrested her as a result.

Maggie was riddled with guilt and tried to explain her actions with a letter but Jane had already washed her hands of her former friend, refusing to read its contents.

Why is NCIS Hawaii not on tonight?

Unfortunately, a new episode will not be airing this evening, Monday, January 31, on CBS.

An official reason for the delay hasn’t been given but it is believed it is to do with the start of the Winter Olympic Games 2022 in Beijing.

NCIS and NCIS Los Angeles are also going on a hiatus as CBS will be dedicating a lot of its airtime to the Games.

Sadly, this does mean there is going to be quite a wait before any of the NCIS series return.

The Winter Olympics will be coming to an end on Sunday, February 20 and the shows will not be on until the worldwide event is over.

NCIS Hawaii season one episode 14 will make a comeback on Monday, February 28.

An exact return date for episode 13 of NCIS season 19 hasn’t been announced but it is likely to be the same as NCIS Hawaii’s.

Meanwhile, NCIS Los Angeles is going to be back for more the day before on Sunday, February 27 for episode 10.

As of yet, there have been no details released on what episode 14 will be about.

But given Jane’s shocking discovery of Maggie’s secret spy work, she is bound to still be shaken up by the betrayal.

Lucy broke it off after finding out Whistler hadn’t broken up with her previous girlfriend before moving to Hawaii.

She no longer felt she could trust Whistler and so Lucy came to the tough decision of ending things, despite their feelings for one another.

NCIS star Brian Dietzen took to Twitter earlier this week to share his congratulations with the cast and crew of the spin-off.

He retweeted a post from Notes for Nerds which explained: “NCIS Hawaii hit a monster number last night with 9.3 million viewers.