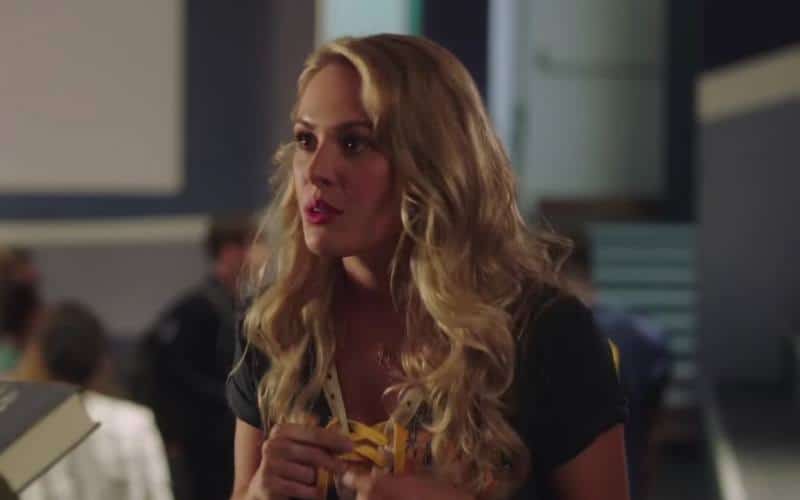 Charmed has only just begun but already, secrets are king. Maggie (Sarah Jeffery) kissed her friend’s boyfriend, and now, she is wrestling with what to do. If she comes clean she could lose everything but if she stays quiet, the secret may eat her alive.

Natalie Hall was tapped for the role of Lucy on Charmed. She has appeared frequently as she part of the sorority that Maggie is pledging.

Of course, the two also shared classes together. Lucy’s boyfriend is the one Maggie kissed and now, she is struggling with what to do about her actions.

Viewers may recognize Natalie Hall from various other television shows she has been a part of over the years. Her most notable role was Colby Chandler on the now-defunct ABC soap All My Children. She was cast in 2009 and remained in the role until the show’s final episode aired in 2011.

Other smaller roads include a stint on Pretty Little Liars in 2012 as Hanna’s stepsister Kate Randall, three episodes of True Blood as Amber Mills, and a few episodes as Britney on Drop Dead Diva.

In 2014, Natalie Hall appeared as Taylor Beecham on Star-Crossed. It was 11 episodes and the second biggest gig after being on All My Children. Since then, she has held guest star roles on various shows, including Shades of Blue, which is where Sarah Jeffery came from.

It looks like Natalie Hall will stick around on Charmed as Lucy. Maggie desperately wants to be a part of the sorority, even compromising her witch duties to make it happen. Under different circumstances, the two would likely be friends but if and when the truth about the kiss comes out, things may go south quick.

Charmed airs Sunday nights at 9/8c on the CW network.