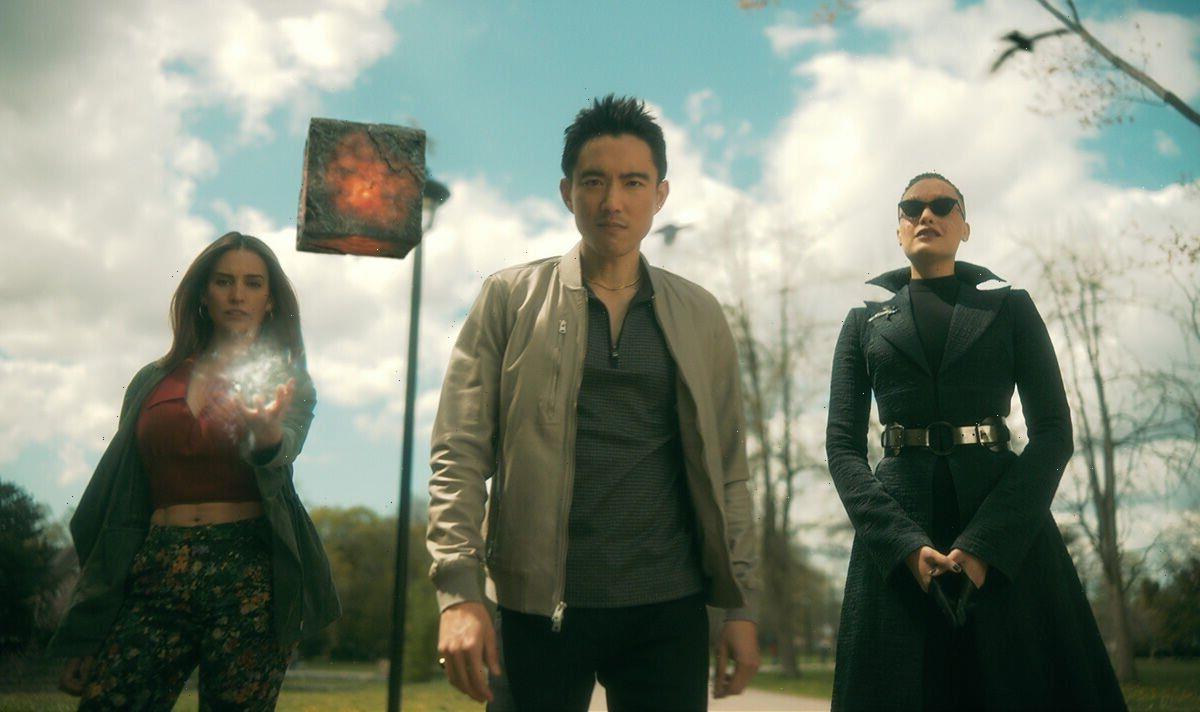 The Umbrella Academy is returning to Netflix on June 22 and the original Hargreeves family find themselves in an alternative universe. In the season two finale, they discovered their home had been infiltrated by a different group, known as the Sparrows. Express.co.uk has all you need to know about the seven new faces.

Who plays the Sparrows in The Umbrella Academy?

Number One, Marcus, has the same powers as the original Luther (played by Tom Hopper) as he has superhuman strength.

He is considered to be the leader of the group as he is confident and full of charm.

Unlike Luther, he has been able to keep his siblings together as a strong unit.

Marcus is played by Justin Cornwell, a 33-year-old American actor, writer and musician.

He is known for his roles in Jingle Jangle and Training Day.

The star shared a photo of the Sparrows on Instagram, saying: “Don’t resist, we are here to save you.”

Number two is the original Ben from the previous seasons in that he is played by the same actor.

However, this Ben from the alternate timeline is very different when it comes to his personality.

Although he possesses the same powers, he is also trained in martial arts and is a huge threat.

Justin H Min returns in the role and he has spoken out about the new take on Ben.

He told Entertainment Weekly: “I wanted the opportunity to bring a whole new life to this character and throw our family off.

“They remember Ben as being a kind and thoughtful person, but that is not who this Ben is. I wanted to see how they reacted to this totally different characterization of Ben.”

Number three is the smartest of the group and she is able to attack her enemies with crows.

She seems to have lost the use of her eyes as she always wears sunglasses.

There is a possibility she was attacked by crows in the past but has learned to control them.

She is played by Britne Oldford, a 29-year-old Canadian actress known for her roles in Skins and American Horror Story: Asylum.

A description of her new character says she “won’t stop until the job is done”.

Number four is able to inflict pain on others by damaging his own body, like a Voodoo doll.

His power means his body has been left scarred as it takes a huge toll on him.

He is played by Jake Epstein, a 35-year-old Canadian actor and singer.

The star is known for his roles in Degrassi: The Next Generation and Beautiful: The Carole King Musical.

Number five is not like the original comic book character so not much is known about her skillset.

She appears to have the ability to levitate and could have the power to heal others.

She is a dreamer who wants to explore the world beyond the academy.

The character is played by Genesis Rodriguez, a 34-year-old American actress and model.

She is known for her roles in Man on a Ledge, Dame Chocolate and Hours.

Jayme is the loner of the group and is considered somewhat of an outcast.

She has a deadly snarl, but besides this, the extent of her powers is not known.

Jayme is played by Cazzie David, a 28-year-old American scriptwriter and actress.

She is known for her role in Eighty-Sixed and is the daughter of comedian Larry David.

A psykronium telekinetic cube is referred to as Christopher by the rest of the Sparrows.

He is treated like any other sibling although his origin is unknown.

The cube is described as loyal and trustworthy when it comes to protecting his family.

In the trailer, he is seen attacking the original Hargreeves siblings with red beams.

Fans are keen to find out more about how the cube became so powerful.

The Umbrella Academy arrives on Netflix on June 22.