Here's everything you need to know about the upcoming series, including who will be taking his place, when it will air and what to expect from the show… 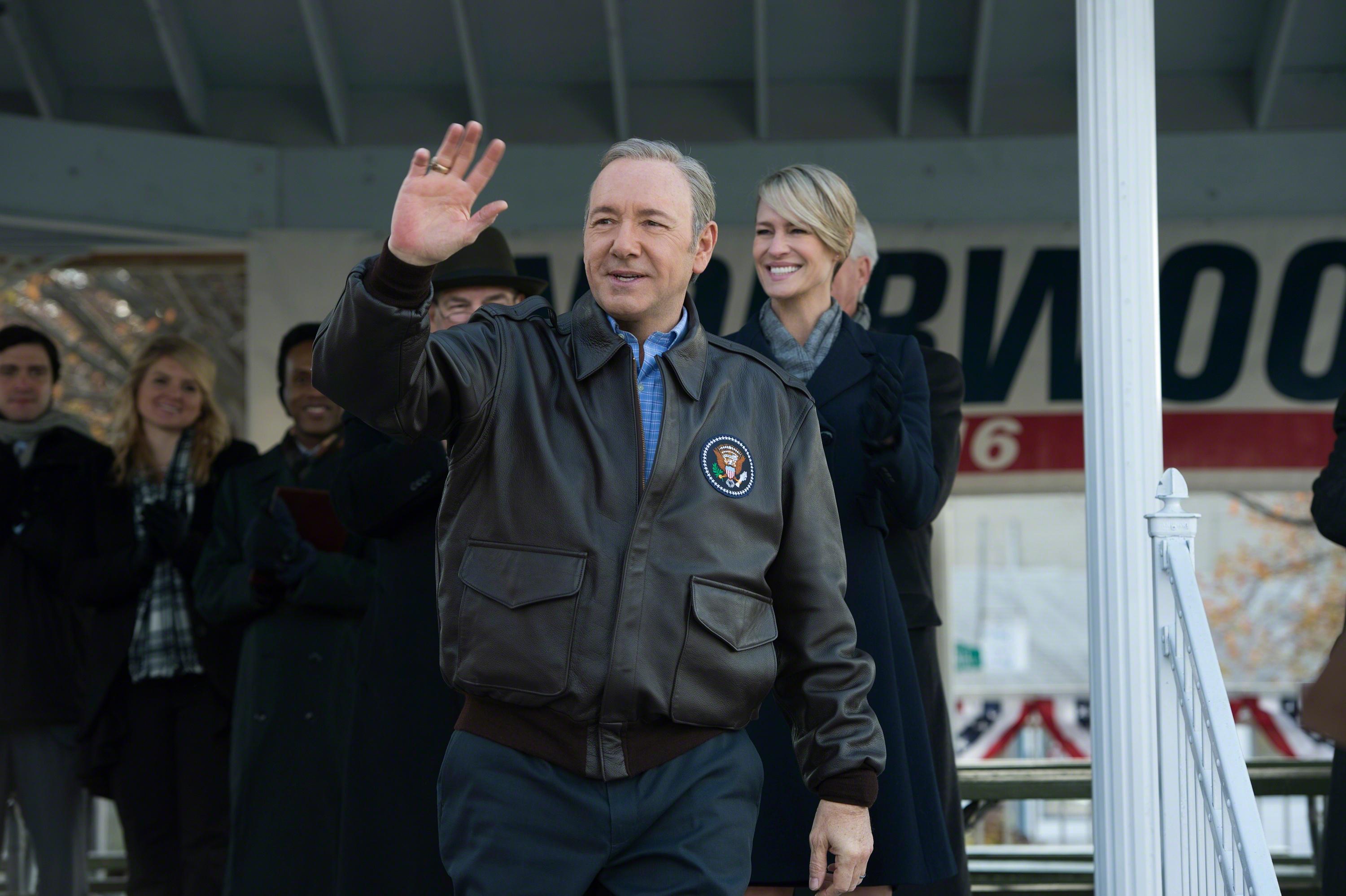 Who is in the House of Cards cast?

Robin Wright is takes lead as the new President in place of Spacey as his conniving wife, Claire Underwood.

She is a 51-year-old Golden Globe winner raised in San Diego, California.

Over her career she has starred in a number of classic roles, including credits in The Princess Bride, Forrest Gump, She's So Lovely, Message in a Bottle and Unbreakable.

As well as the leading role, she also works on the show as an executive producer.

Her memorable screen credits include the critically-acclaimed Unfaithful, Under the Tuscan Sun, Hollywoodland, A Perfect Storm, A Walk on the Moon and Trumbo.

She is guest starring on the upcoming show The Romanoffs series prior to production on House of Cards.

She was previously married to actor Josh Brolin, however they divorced in 2013. 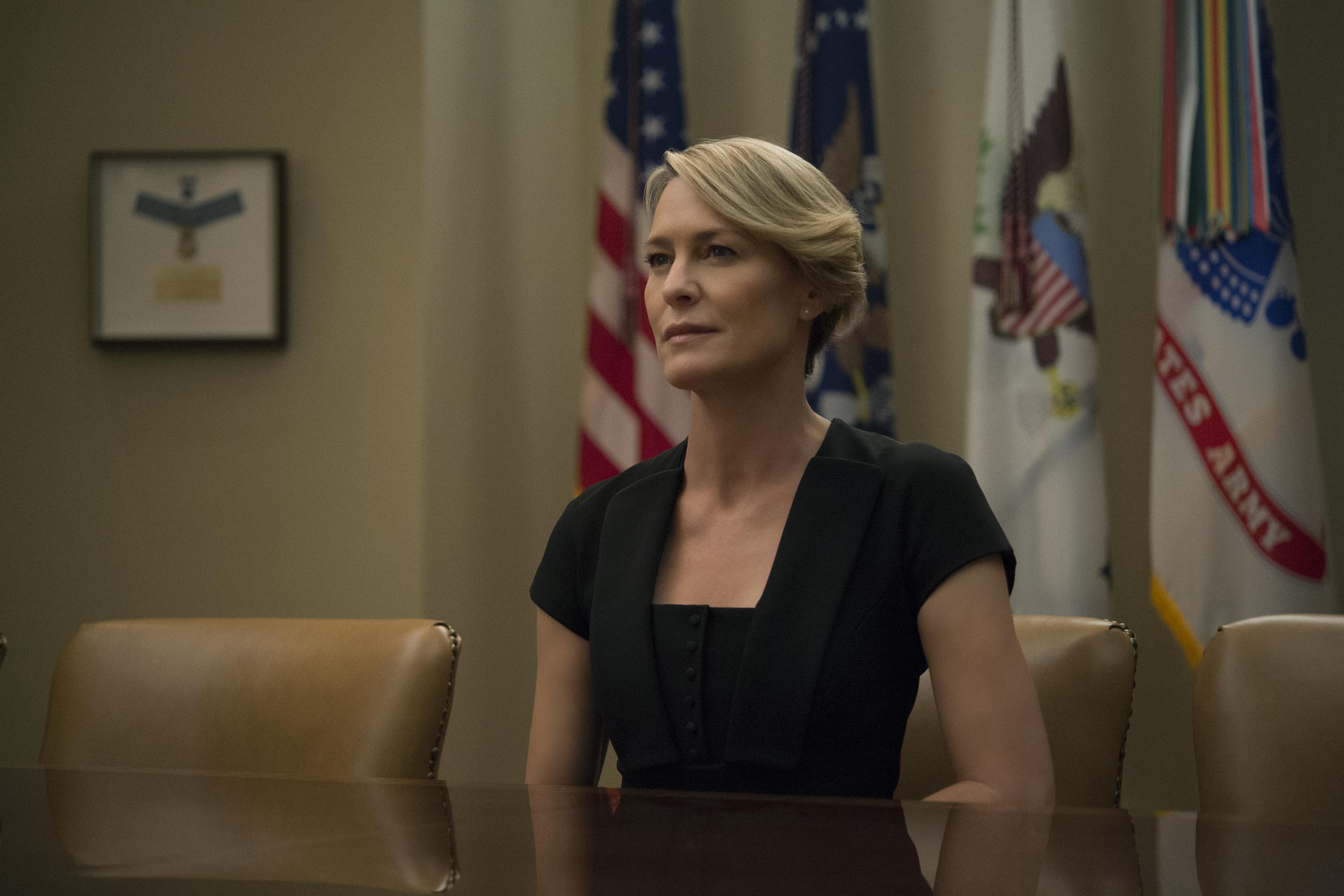 His credits include Same Kind of Different As Me, Brigsby Bear, Little Men, The Kennedy’s, Little Miss Sunshine, As Good As It Gets, You’ve Got Mail, and Anchorman: The Legend Continues.

He has been married to wife Helen Labdon since 1999. 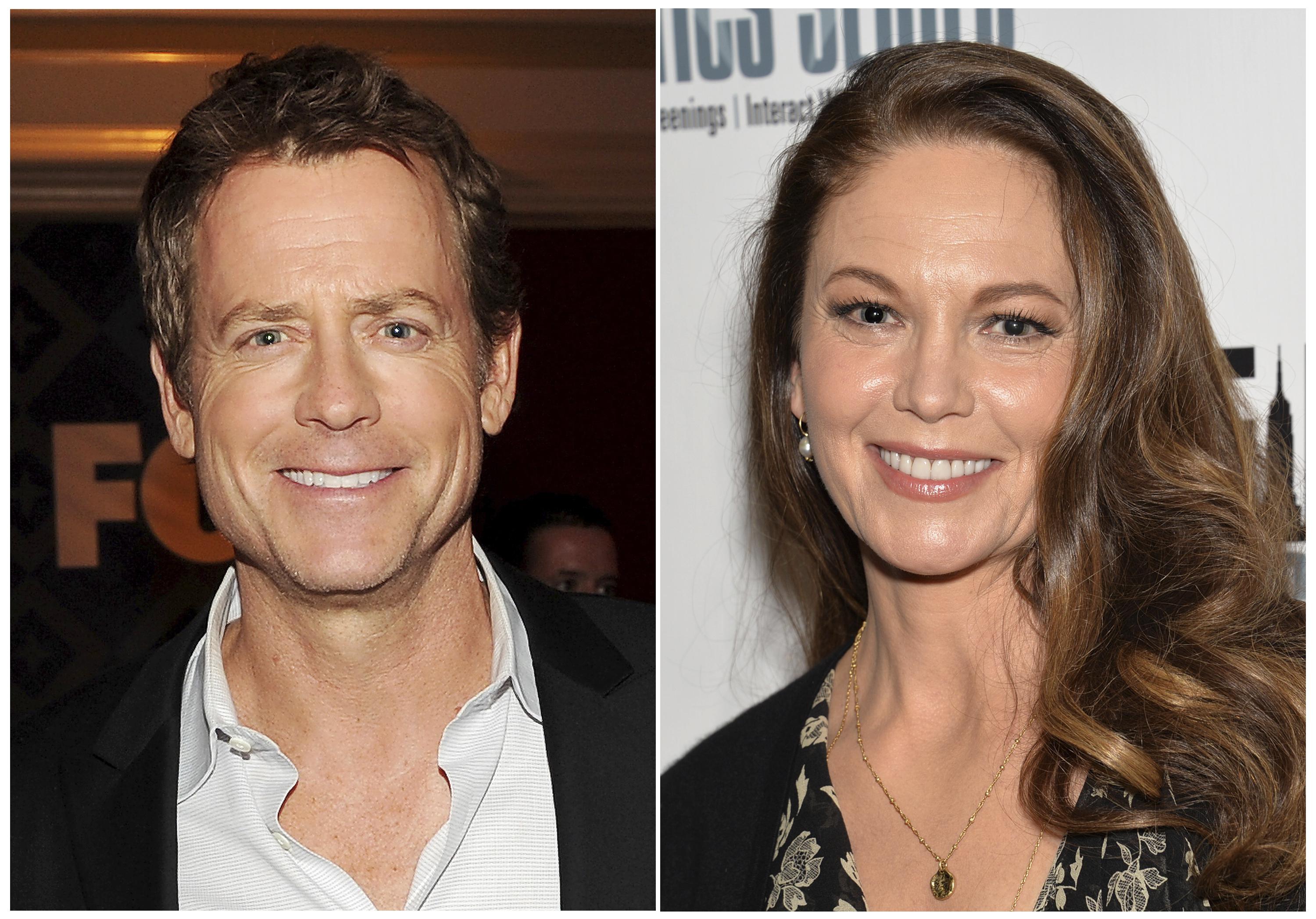 Michael Kelly is a 48-year-old actor from Philadelphia.

He has appeared in a series of TV and film roles, most notably Black Mirror's Men Against Fire, Taboo, The Long Road Home, Person of Interest and The Good Wife.

Michael has also appeared in DC's Man of Steel, and action movies Everest and Chronicle.

The star is another long-running member of the House of Cards cast, and has appeared on every season.

Jayne Atkinson is a 58-year-old British actress originally from Bournemouth.

However, her family emigrated to the States at the age of one, and she has remained there ever since.

Starring on stage and screen, she was nominated for a Tony Award for her role in the play The Rainmaker.

She has appeared in roles in Free Willy, The Village, 24, Criminal Minds and Parenthood. 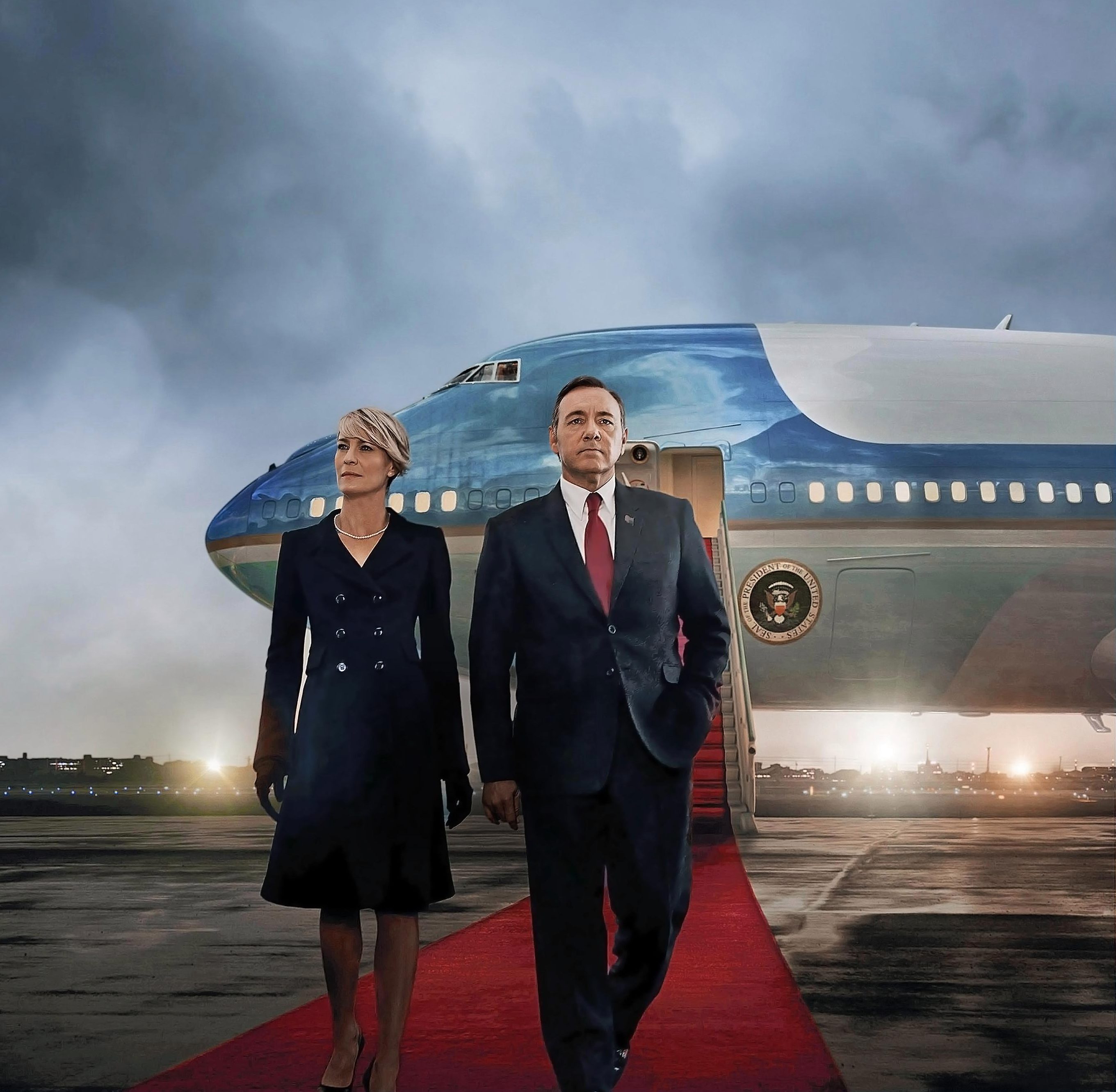 Patricia is an Oscar-nominated actress who has become a well-known face in film.

Her roles include parts in The Green Mile, Easy A, Parks and Recreation, Shutter Island and Six Feet Under.

She joined the cast of House of Cards in 2017, playing Jane Davis.

As well as House of Cards, she has appeared in UnREAL, BoJack Horseman, Agents of SHEILD, Grey's Anatomy and The Newsroom.

She plays Janine Skorsky on House of Cards.

Derek is a 45-year-old actor who has been playing Seth Grayson on House of Cards since 2014.

Mainly working in TV, his work includes The Beat, Law and Order, Banshee and Treme.

Other roles in film include Men in Black 2 and Friends with Kids. 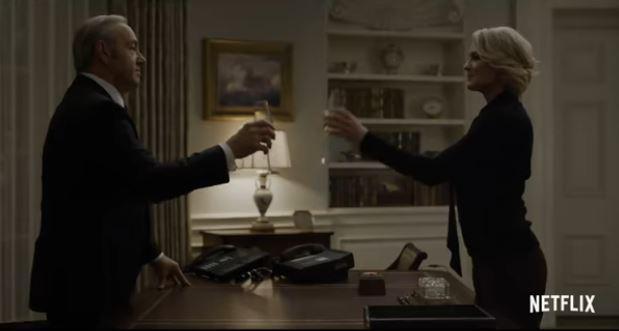 Campbell Scott takes on the role of Mark Usher, and has appeared for the past two seasons of the show.

Other roles include parts in Damages, Royal Pains and Six Degrees.

In 2014, he played Peter Parker's father Richard in The Amazing Spider-Man 2.

Boris McGiver is an American actor who has appeared mainly on TV.

Roles have included Boardwalk Empire, Person of Interest, The Carrie Diaries and The Wire.

He has also appeared in films including Taxi and The Pink Panther. 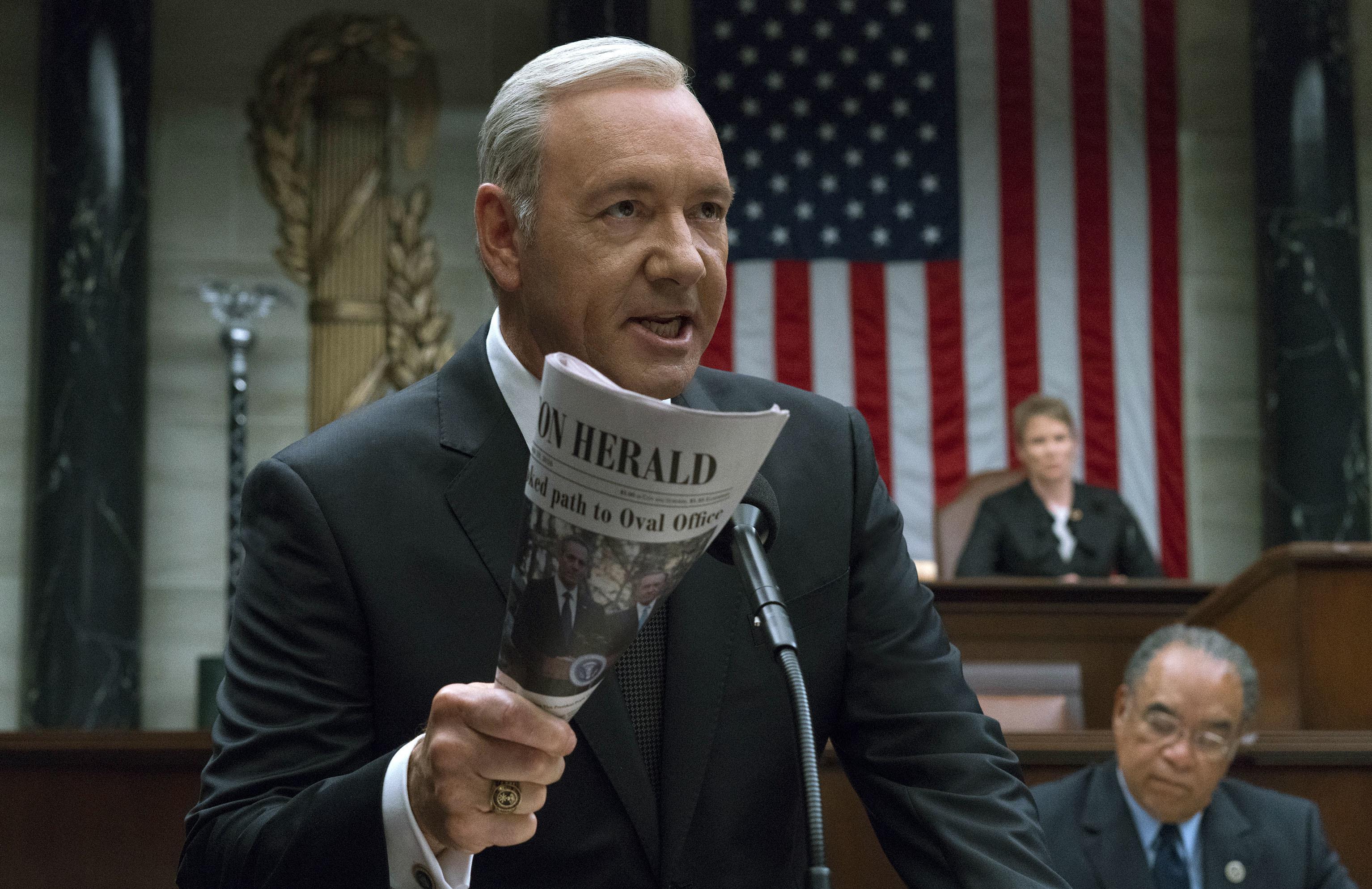 Why isn't Kevin Spacey appearing in the new series of House of Cards?

Kevin Spacey was dropped from the new series of the show after a series of sexual misconduct allegations were made against him in October 2017.

Until this point Kevin has fronted the show as the power hungry congressman Frank Underwood.

Filming on the show was suspended indefinitely in light of the allegations, and Netflix announced in December they would proceed with the show without him.

Is this the final season of House of Cards? When is it on?

Yes. House of Cards has announced that it will be ending after this series.

The show has been running since 2013, during which time it received high critical praise, earning seven Emmy Awards.

The show will return on Netflix on Friday, November 2, 2018.