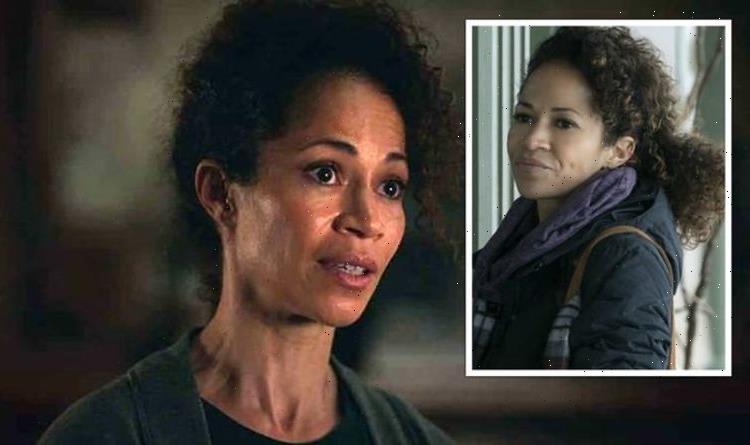 Locke and Key season two is on Netflix and it saw an explosive battle between the Locke siblings and their enemies. In the TV show’s final moments it seemed a new threat was at large after Eden (played by Hallea Jones) summoned the spirit of Frederick Gideon. The finale also reintroduced Ellie (Sherri Saum) as the Lockes discovered she was alive and well – but who is she?

Who is Ellie in Locke and Key?

Ellie Whedon is one of the main characters in Locke and Key and she is a childhood friend of patriarch Rendell Locke (Bill Heck).

She knows all too well how dangerous the keys can be as she has experienced their power for herself.

In the past, she has been an ally to the Locke family, but things turned dark for her once they returned to the Keyhouse.

Ellie has provided the siblings with some insight into their father’s past and how they first discovered the keys.

However, they discovered how dangerous the keys could be when they opened the Black Door.

She used to be in a relationship with Lucas (Felix Mallard), but he became abusive after being hit by dark magic.

Ellie still missed Lucas and when she tried to call him forward using the Echo Key, she summonsed Dodge (Laysla De Oliveira) instead.

She warned the Locke children that Dodge could not be trusted, and ended up facing the demon head-on.

Dodge ended up swapping identities with Ellie, and she was thrown through the Black Door.

She was not found for a long time but eventually managed to come back through the Omega Door.

Thankfully she was able to confirm her identity to Bode (Jackson Robert Scott) by touching one of the keys.

She used the Identity Key to turn back into her true self and in an emotional moment, she was finally reunited with the real Lucas.

He had been freed when Tyler Locke (Connor Jessup) used the Alpha Key to take down Dodge once and for all.

At the end of the series, she was reunited with Rufus (Coby Bird) – her adopted son – at his new house.

Who plays Ellie in Locke and Key?

Ellie is played by Sherri Saum, a 47-year-old American actress known for her roles in The Fosters and Good Trouble.

She has also previously starred in Sunset Beach and One Life to Live – in which she met her now-husband Kamar de los Reyes.

Since Locke and Key, she starred in two episodes of Grey’s Anatomy as Allison Robin Brown.

She also had a recurring role as Paula Matarazzo in Power Book II: Ghost.

At this moment in time, it is unknown whether she will reprise her role in another series of Locke and Key.

Purplemeadows said: “It’s me at my work desk crying bc Ellie and Rufus reunited #LockeAndKey.”

Nebula said: “I can’t believe I hated Ellie a few days ago she has my heart in season 2 #LockeAndKey.”

Taiknows said: “That last Rufus and Ellie moment was so adorable.”

Locke and Key is streaming on Netflix now.