But who is he and is he going to make Ryan Connor pay the ultimate price for his son Cormac's death? – here's everything  you need to know… 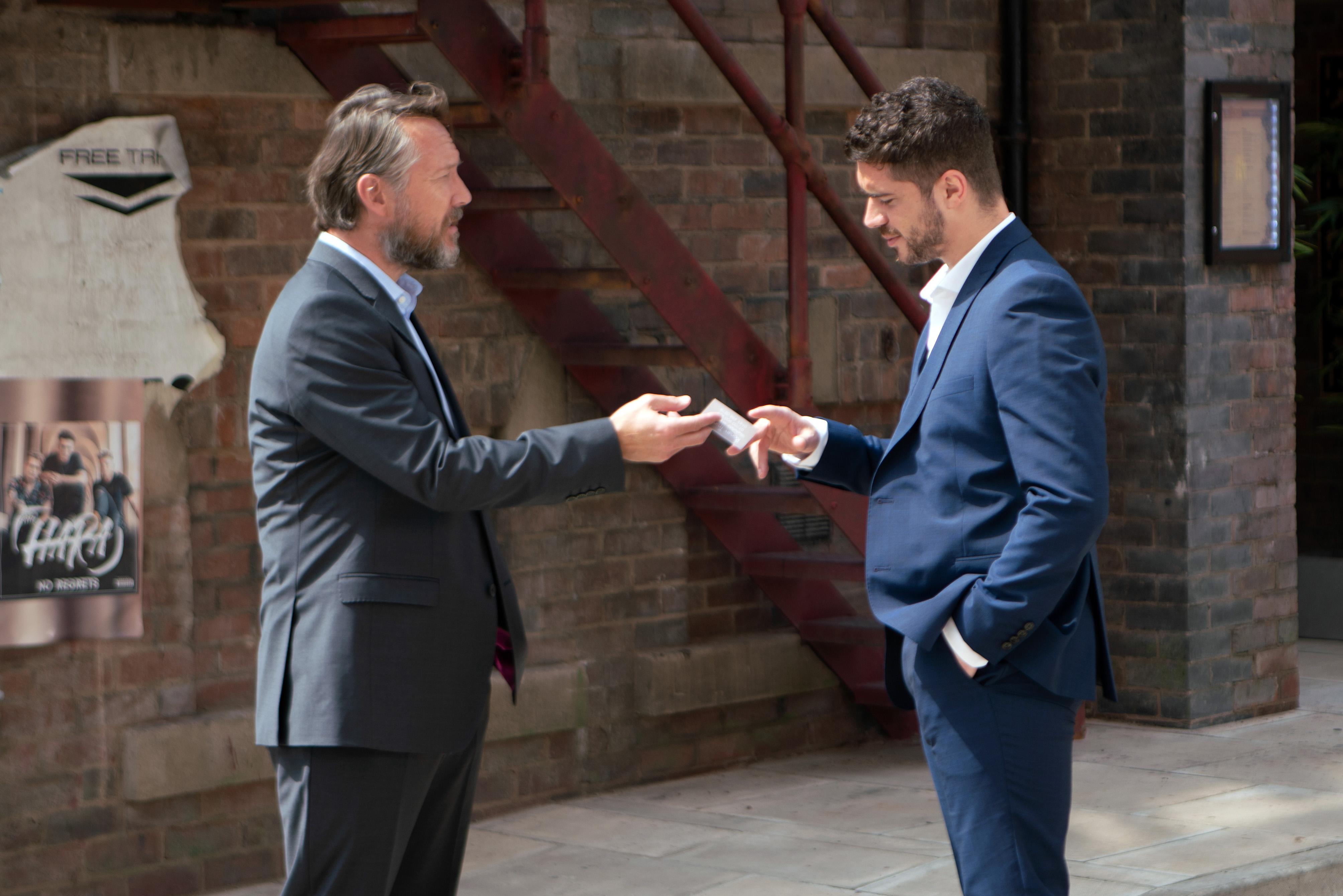 Who is Ronan in Coronation Street?

Ronan Truman is very bad news being known as a class-A drug baron in Weatherfield.

He first appeared on the cobbles in February 2017 when he was involved in a storyline with Adam Barlow.

Adam, played by Sam Robertson in the ITV soap, had found drugs that Rosie Webster had unwittingly brought into the country for her ex-boyfriend Antoine.

He then decided to sell the drugs to set up his own law firm. He hooked up with Ronan and offered him the chance to buy the drugs.

The two men made a deal but Ronan was left furious when he discovered Adam had slept with his girlfriend Trina and blackmailed Adam for the money back.

Adam was left terrified when Ronan began threatening Tracy and Amy over the cash.

He intended to pay it back but was horrified when he discovered his granddad Ken Barlow found the ill-gotten gains and burned it!

Ronan then beat Adam half to death for losing the money.

Ryan initially lied to the police about not ringing an ambulance straight away for Ronan's son Cormac.

But Sophie changed her story so Ronan was furious when he found out the truth.

Michelle tries to appeal to Ronan’s better nature and visits him at Cormac’s wake.

She tells him that Ryan was just trying to protect Cormac as he was worried he’d get into trouble for having drugs on him.

But Cormac isn’t buying it and Michelle leaves, before telling Ryan and Ali that they should ask for police protection.

They don’t even get that far though as Ronan gives chase in his car, shortly before Michelle’s engine cuts out.
There’s a huge car crash and – as Ryan stumbles out of the vehicle – Ronan takes aim and drives straight at him.

Who plays Ronan in Coronation Street?

He appeared in the 2009 film Nowhere Boy in which he played John Lennon’s dad, Alf.

Colin is married to Game of Thromes and Paranoid actor Indira Varma.

Next post 'The Expanse' Season 4 First Look: Behind the Scenes of the Saved Sci-Fi Show