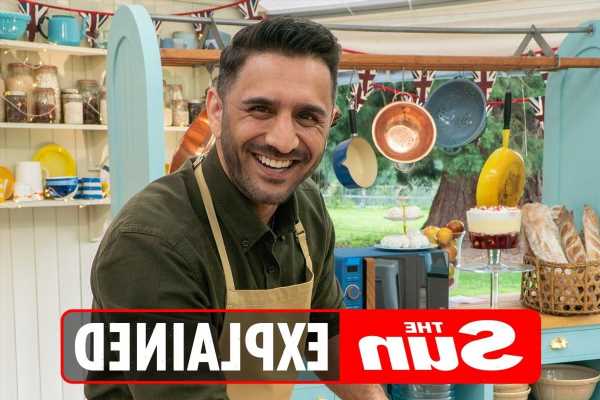 Here’s everything you need to know about him… 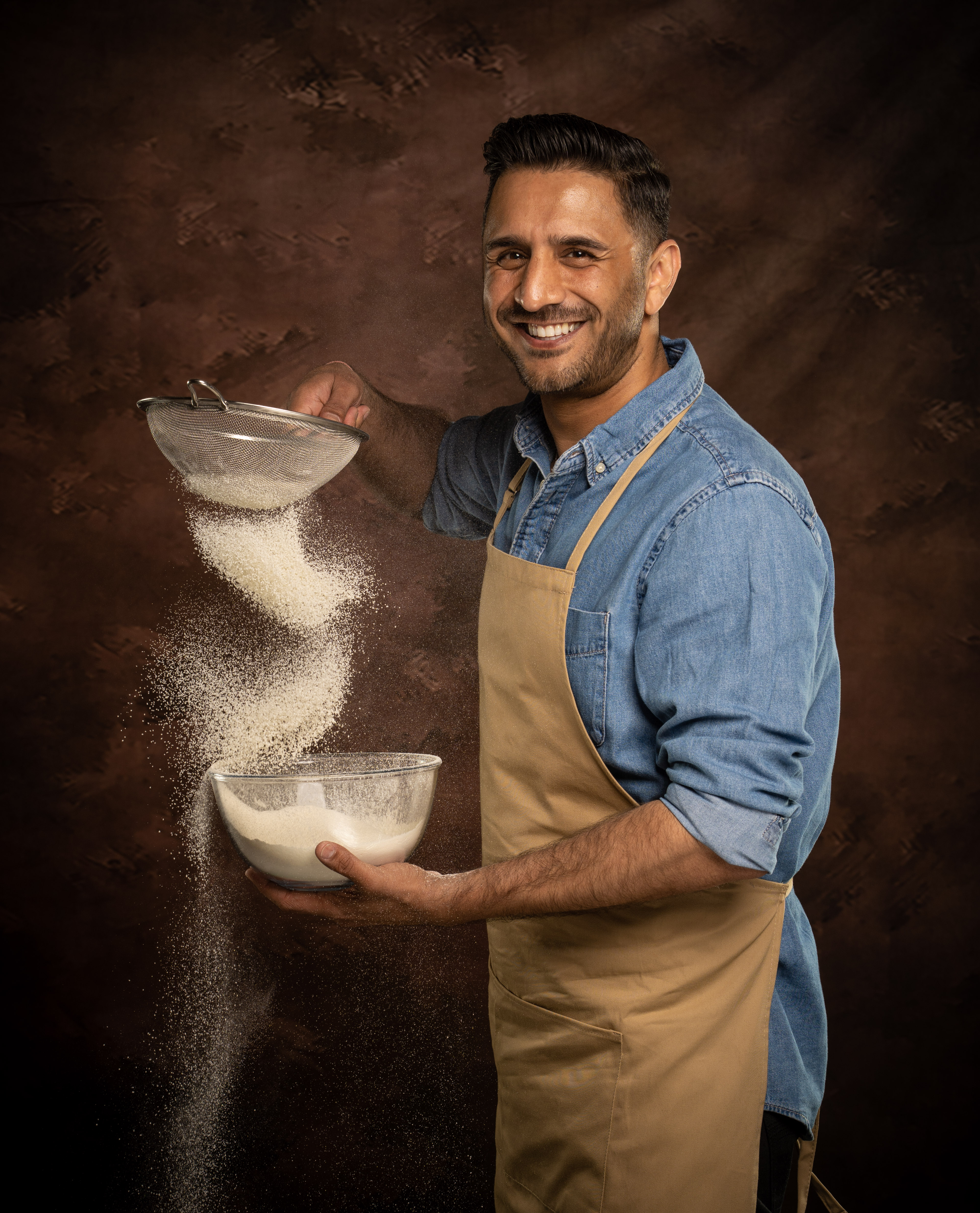 Who is Chigs on the Great British Bake Off 2021?

Will Chirag, who goes by the name Chigs, is a 40-year-old Sales Manager from Leicestershire.

Chigs only just recently got into baking last year, like the rest of us, were all stuck in lockdown and looking for new things to do.

He clearly is good at it, if all it took was one year for him to end up in the tent.

He taught himself all the skills he needed to know such as intricate chocolate work through watching online videos.

His confidence is what any contestant wants when entering the tent and this possible all comes from his other interests which includes thrill-seeking through activities such as bouldering, skydiving and trekking.

If getting a place to compete on Bake Off wasn't enough, he has also mentioned how he hopes to climb Kilimanjaro after the show having already competed in the Three Peaks Challenge in Yorkshire.

Chigs can be followed on his Instagram here: @thelatebloomeruk. 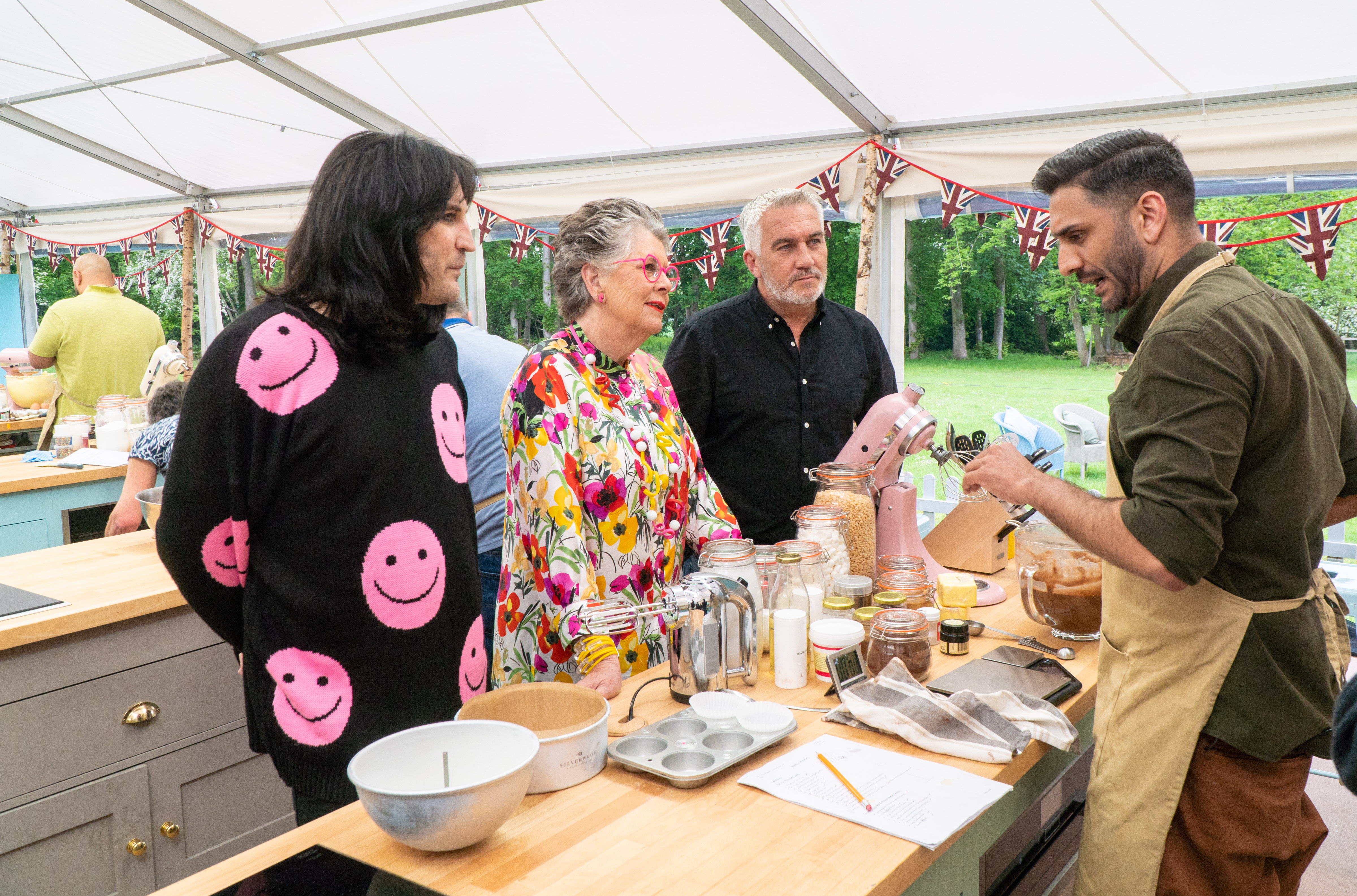 What has Chigs done on the Great British Bake Off 2021?

The first week was ‘Cake Week’, and Chigs decided to wow the judges with an ‘anti-gravity illusion cake’.

His idea was to whip up a cake of a mug pouring batter into a bowl.

He named his masterpiece ‘Where it All Began’, the cake was meant to symbolize the beginning of the baker's journey.

Unfortunately as he was taking to the judges’ table, the mug began to split down the middle and end up on the floor.

Luckily, he managed to see the funny side of the situation, joking: "Well it was anti-gravity before but that's not what it is now!"

Week two of Bake Off was ‘Biscuit week’, where Chigs managed to revisit his youth by designing a snooker table made out of spiced gingerbread with marshmallow fondant balls.

Judges were impressed with his snooker table with judge Prue Leith describing it as “perfect”.

What has Chigs said about being on the show?

Chigs has revealed his shock at being selected for the show. In an interview with Leicester Mercury, he explained: I never believed I would actually make it on the show but was over the moon to have been selected as a contestant – the hard part was keeping it secret given how excited I was to be on the show.

He went on to say how he was “excited but anxious” when he walked into the tent, as that is when it “became real” for him.

When asked about his strengths and weaknesses, Chigs replied: “My strengths are baking with chocolate, my attention to detail and my organisational skills. There are areas for improvement but I believe I can learn and improve my skills and I am keen to continue to learn more.”

Chigs hopes to blow the judges away with his eagerness to push the boundaries of baking – and so far he's doing well with it.

When is the Great British Bake Off 2021 on TV and how can I watch it?

If you’ve missed a previous episode, they are available on Channel 4 catch up.