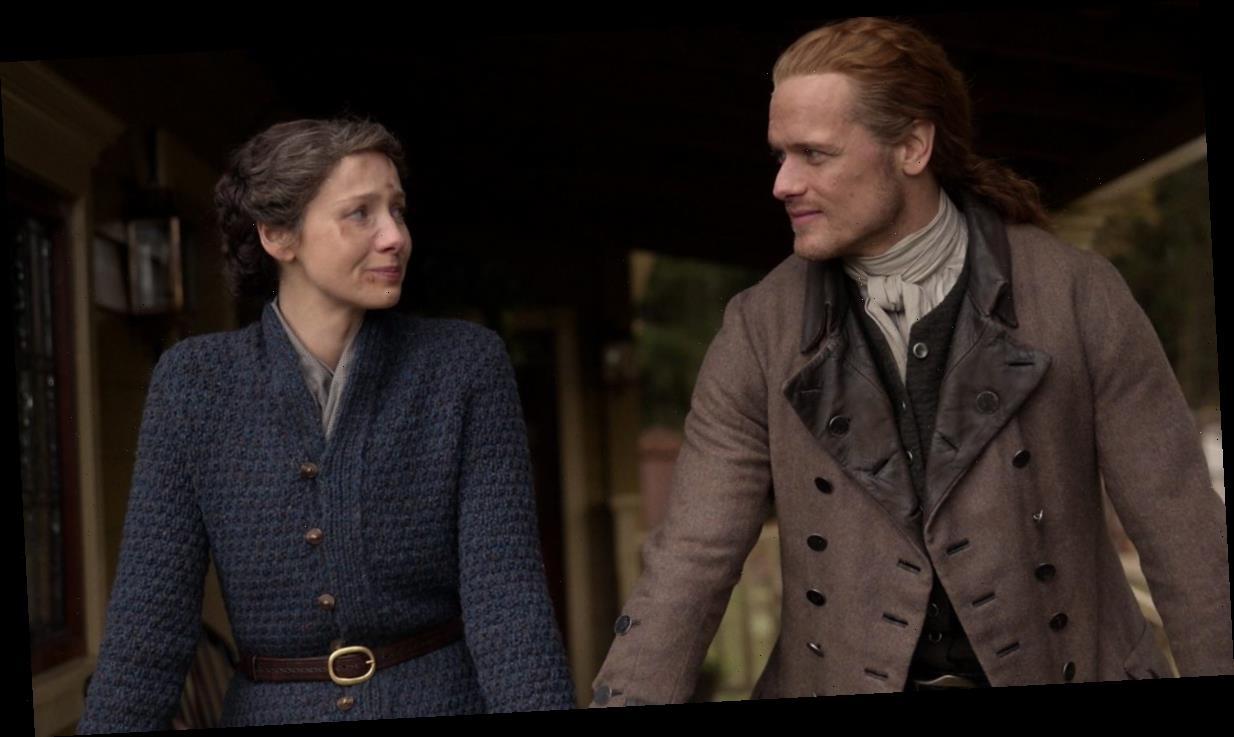 Filming for season 6 of Outlander has officially begun. This means that the production team has developed and written the scripts for the majority of the episodes. The costumes, sets, and props are in place, and the cast is in the bubble and shooting new scenes.

Now that everything is in place fans want to know — which Outlander book will season 6 be based on?

When Outlander began back in 2014, the show focused on one book per season. Season one was extremely faithful to the first book. They only made small changes due to cost, location, and timing.

The same thing happened during season 2. For the most part, the STARZ series was all about the second book Dragonfly in Amber with only small changes made.

But by season 3, things started to change. The third book in Diana Gabaldon’s series — Voyager — had a lot going on. With only 13 episodes, the show had to adapt and cut to make things work.

Season 4 stayed pretty close to book four, Drums of Autumn. However, season 5 pulled from more than just book five — The Fiery Cross. The most recent season of Outlander also took storylines from book six, A Breath of Snow and Ashes. Writers also included a few twists from book three to add to their storytelling.

Despite the bit of book-jumping the time-traveling series has done in previous seasons, Outlander season 6 appears to be mostly focused on Gabaldon’s sixth book. One hint that this is the case came from star Sam Heughan (Jamie Fraser). He revealed that the Christies will arrive on Fraser’s Ridge.

It’s also clear that the Revolutionary War is on the horizon and the political unrest is growing in the colonies. As the Frasers attempt to live peacefully on their isolated North Carolina homestead, Jamie is on the wrong side of history because of his loyalty to the oath he swore to the British crown.

However, just because book six should be the main source for the upcoming season, that doesn’t mean they won’t go back and pick up storylines from previous books that they had to skip over.

There’s also the possibility that they could pull from book seven or eight – An Echo in the Bone and Written In My Own Heart’s Blood.

Season 6 of ‘Outlander’ will feature 12 episodes

Not much is known about season 6 of Outlander, as both the stars and producers have remained relatively tight-lipped. It has been revealed that it will feature 12 episodes, just like season 5. Previous seasons have ranged from 13 to 16 episodes.

The story should pick up right where it left off in the season 5 finale “Never My Love,” according to the official season 6 description from STARZ.

“The sixth season of Outlander sees a continuation of Claire and Jamie’s fight to protect those they love, as they navigate the trials and tribulations of life in colonial America,” the description reads.

Because of the 10-month production delay that the pandemic caused, it’s not yet clear when season 6 will premiere on STARZ. At this point, the speculation is that fans will see new episodes in late 2021.

In the meantime, fans can get caught up on the first five seasons of Outlander via the STARZ app or Amazon Prime Video. They can also catch up with Heughan and Graham McTavish (Dougal MacKenzie) in their new STARZ series Men In Kilts. New episodes of the Scottish road trip series air on Sunday nights.