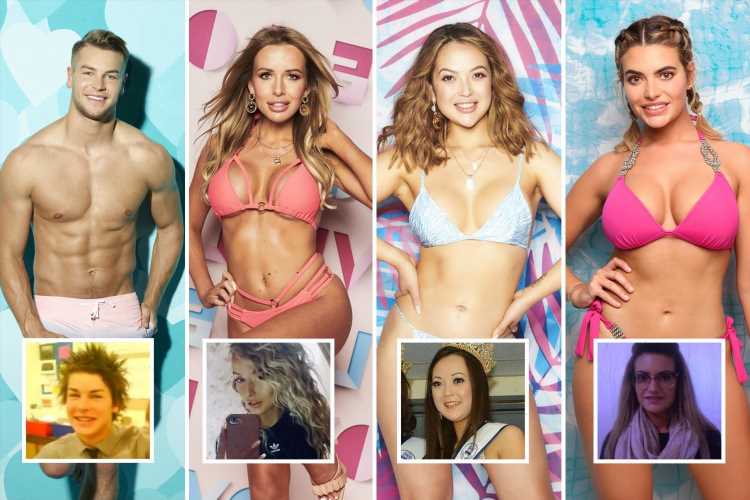 HAVE you ever wondered what the Love Island contestants looked like before entering the villa?

Every islander that's been on the ITV2 dating show has been athletic, tanned and preened to perfection – but that hasn't always the case for the romance-seeking bunch. 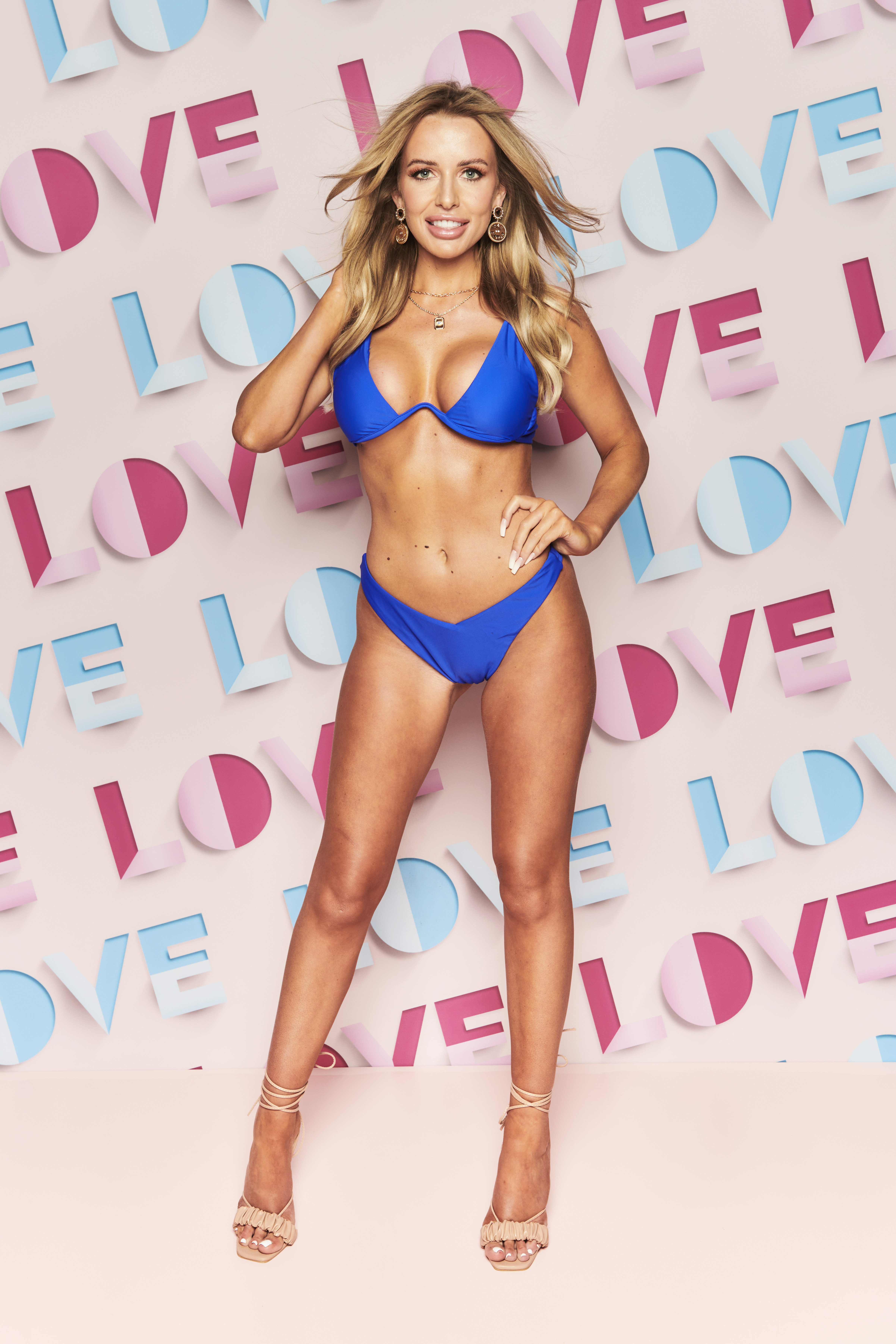 And each year fans are stunned when the reality star's dreaded throwback pictures resurface the internet.

Love Island 2021 contestant Sharon Gaffka – who got into an argument with PE teacher Hugo Hammond about him not being attracted to "fake" women – has had some work done in the past to feel better about herself.

And she's not the only one as Faye Winter has confessed to receiving breast implants for her 18th birthday and opened up about one of her major Botox fails that caused her eyebrows to droop.

Sharon looks fresh-faced in a throwback to her beauty queen days before becoming a civil servant.

The 25-year-old civil servant made her TV debut last Monday as one of the first girls to enter the famous villa.

Days later it was revealed that she won the Miss Crown & Glory UK in 2014.

Sharon would have been just 18 at the time, and looks remarkably different in a snap that has been shared by the pageant on Instagram. 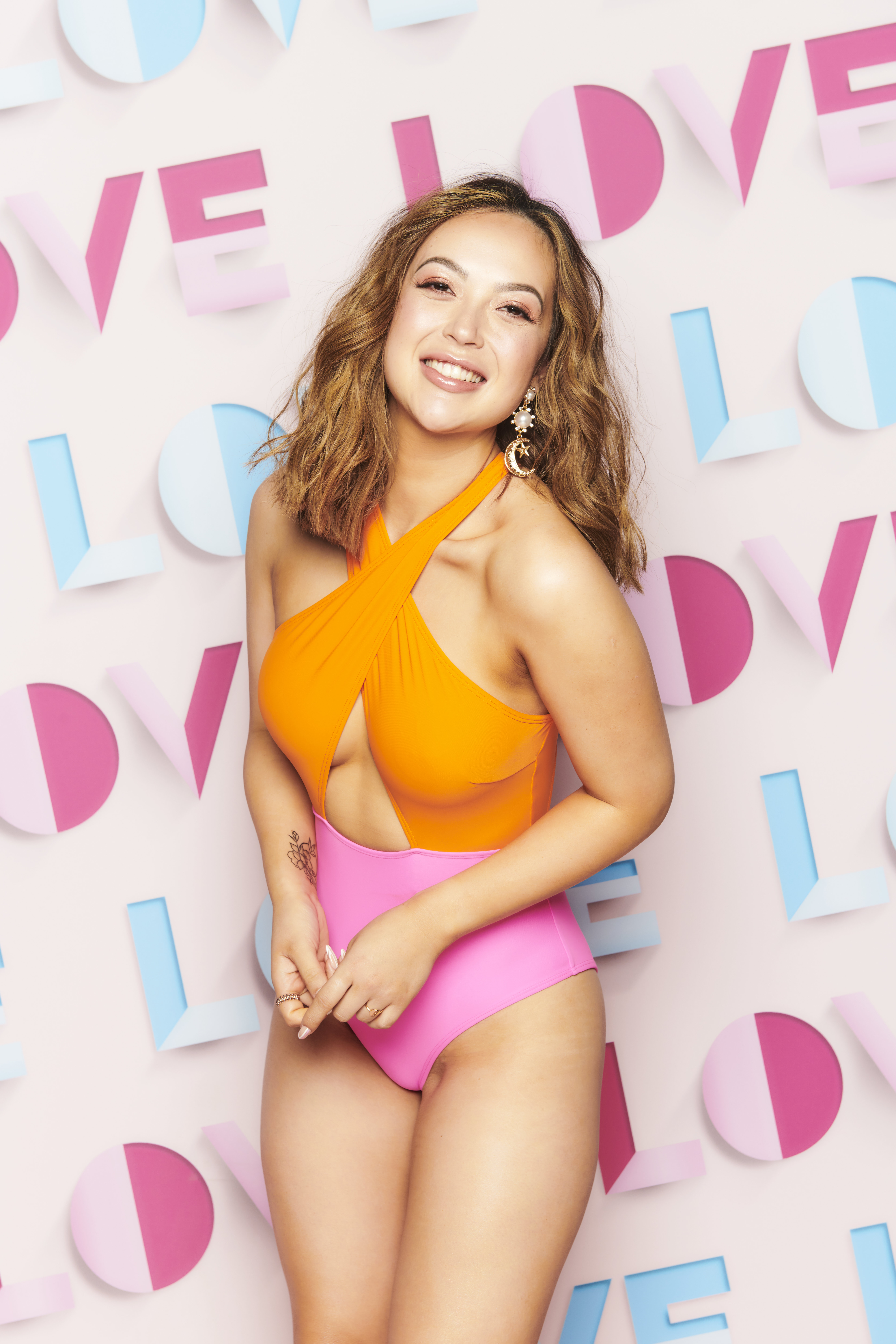 In the photo, she is posing alongside a group of other women, beaming with her winner's crown and sash on display.

She is wearing a silver sequin-embellished dress with sheer panelling, and her now-short hair is slick and straight down to her waist.

The star is wearing heavy eye make-up for the ceremony, with her eyebrows notably thinner than they are on Love Island.

And now her lips appear to be much fuller on the show too. 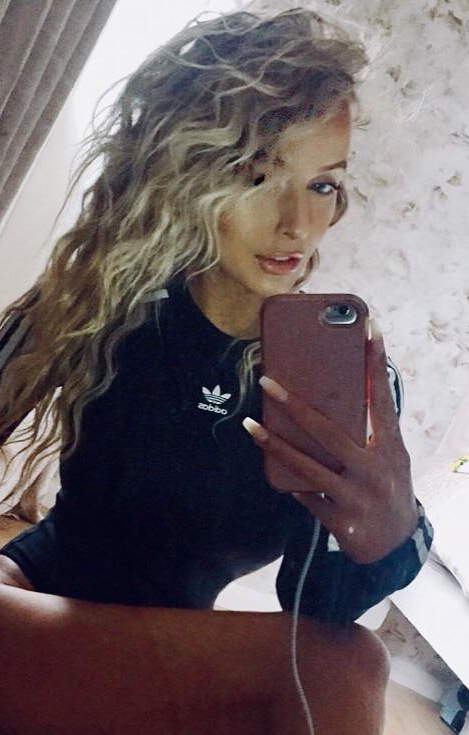 The estate agent looks totally different in a throwback snap before she got lip fillers and Botox.

She made her villa debut last week and confessed to having various cosmetic procedures in her video trailer.

The 26-year-old is almost unrecognisable to her former self, with an old snap posted to her Instagram account revealing her natural lips.

In the photo, Faye has also swapped her slick blonde locks for wild curls. 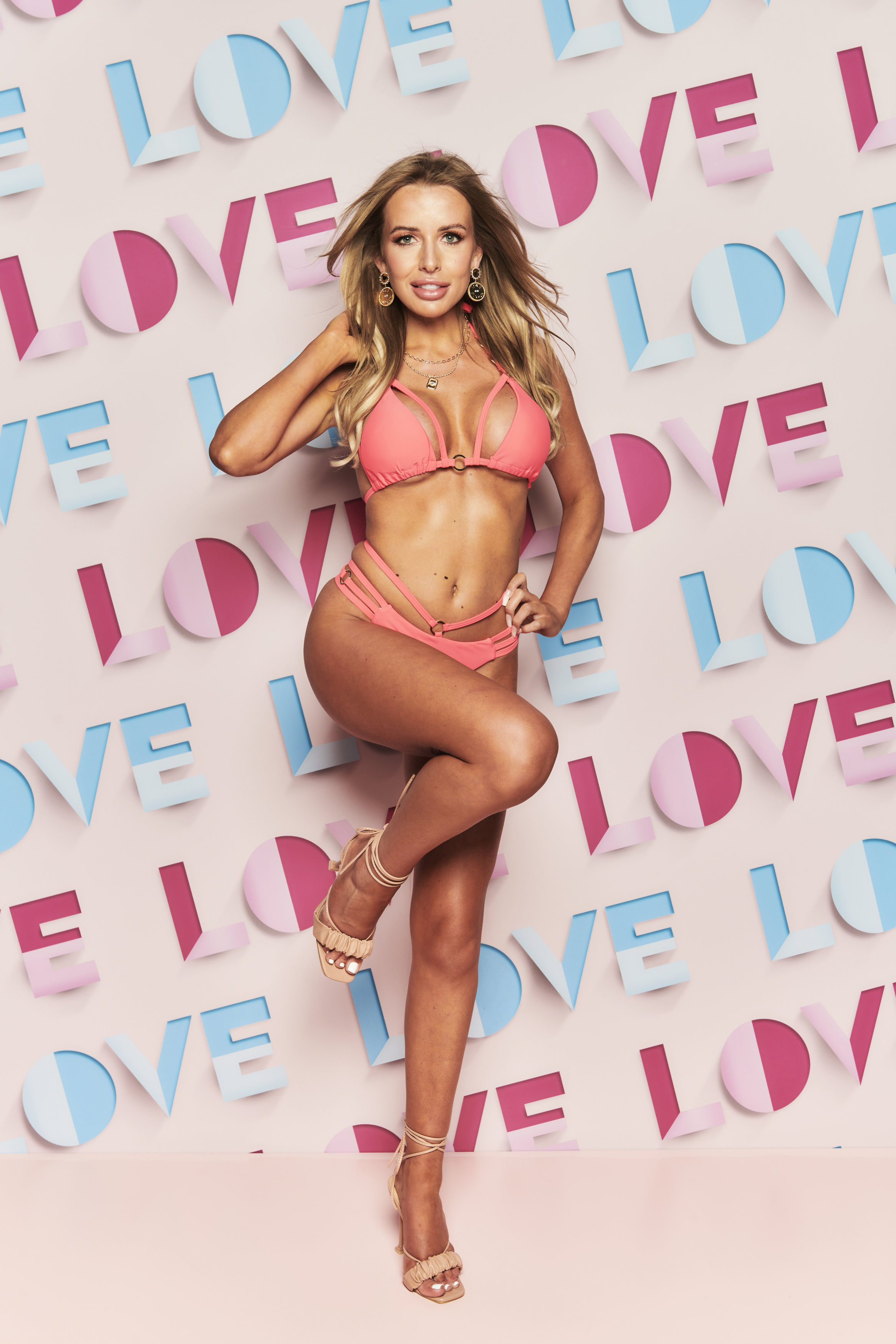 She posed in the mirror for a selfie in an Adidas bodysuit and a pair of fluffy socks.

Gazing seductively at the camera, the beauty is unsmiling in the 2019 snap.

Faye had much fuller lips when she entered the Love Island last week and opened up about one of her procedures.

She giggled that the wrinkle-freezing procedure made her look like "a hard faced cow". 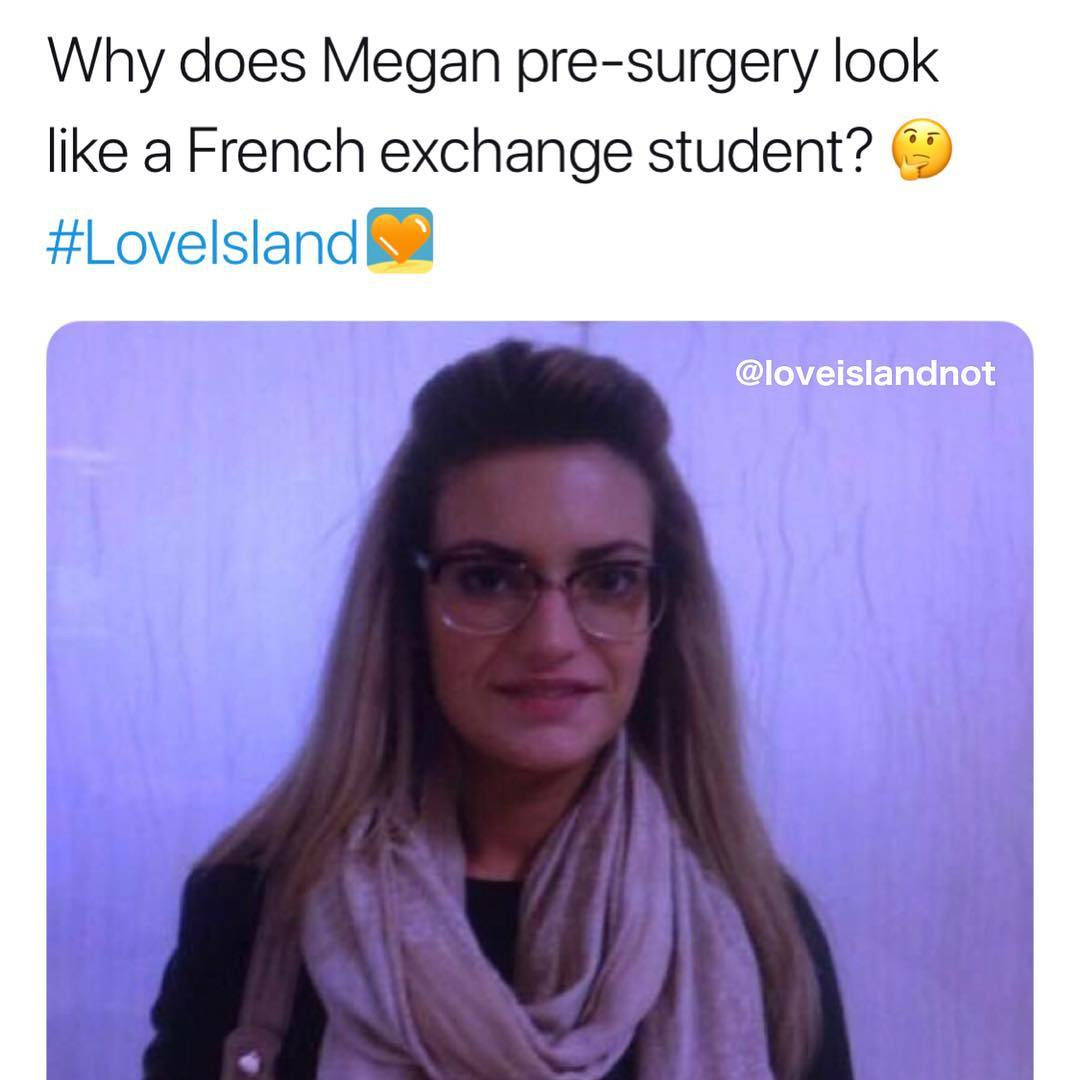 Megan made her debut on the show in 2018 and certainly left a lasting impression with her stunning looks.

However she's not always looked the way she does.

In one old picture that resurfaced the world wide web, the reality star looked completely unrecognisable.

The beauty claims that she had her first procedure done at 17 – when she got her ears pinned back after being bullied at school. 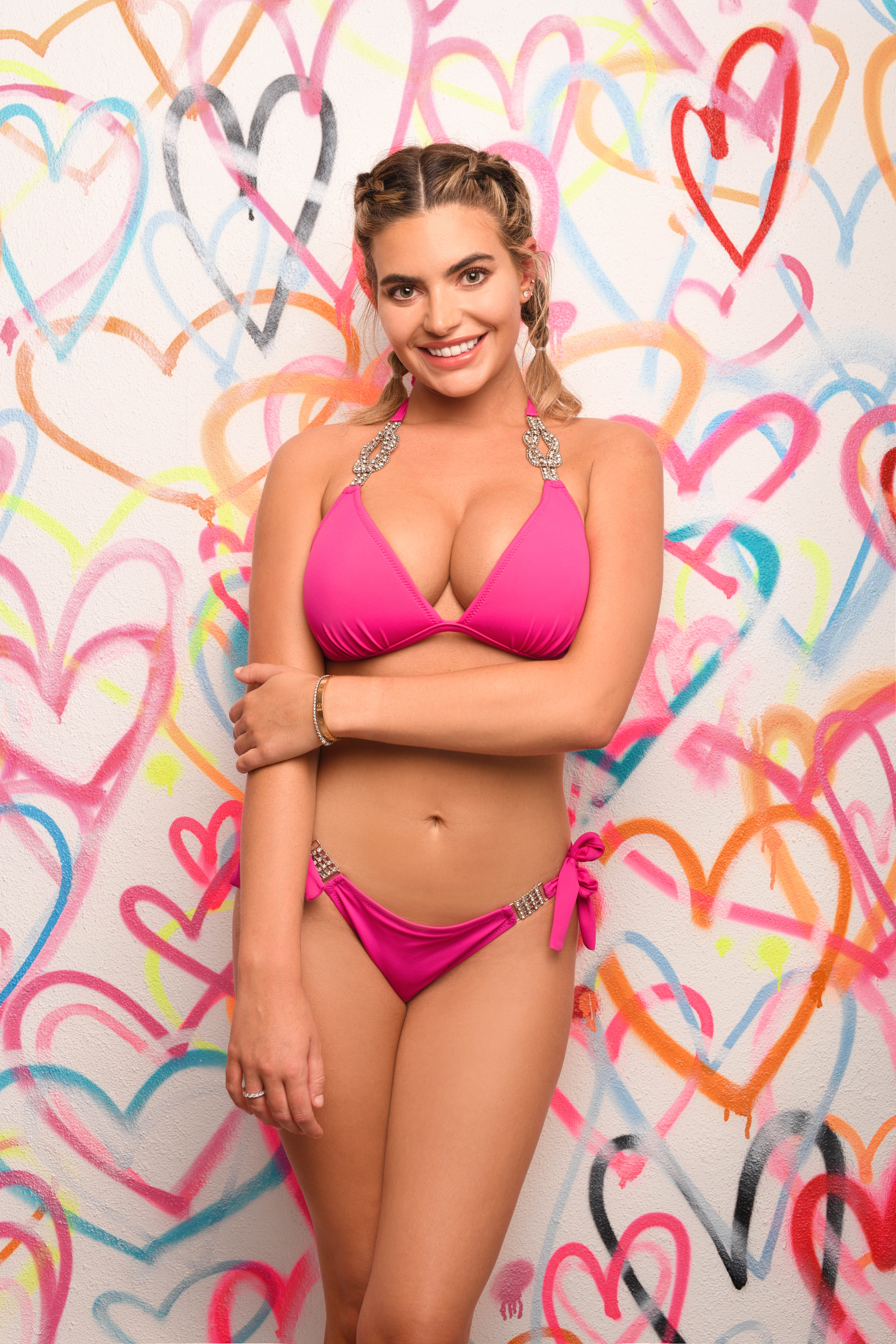 The former islander also had a rhinoplasty before she approached her 20th birthday.

Megan has also had her lips injected with filler and a breast augmentation.

The star has reportedly spent £40,000 on surgery to alter the way she looks over the years. 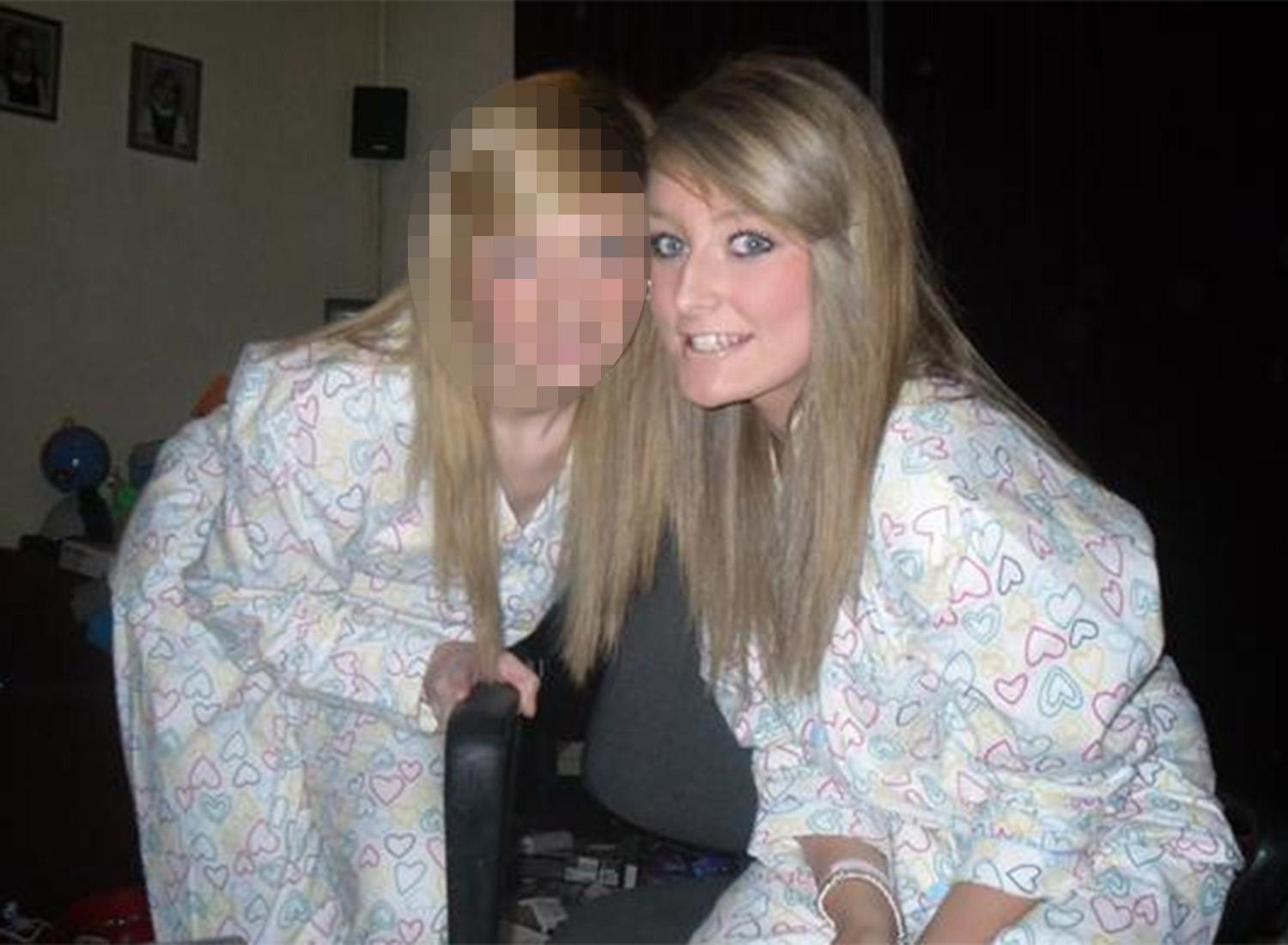 Season three star Chloe Crowhurst is almost unrecognisable from her younger self.

Photos unearthed from the 25-year-old's MySpace page show the reality star larking about with pals outside the school gates and at slumber parties. 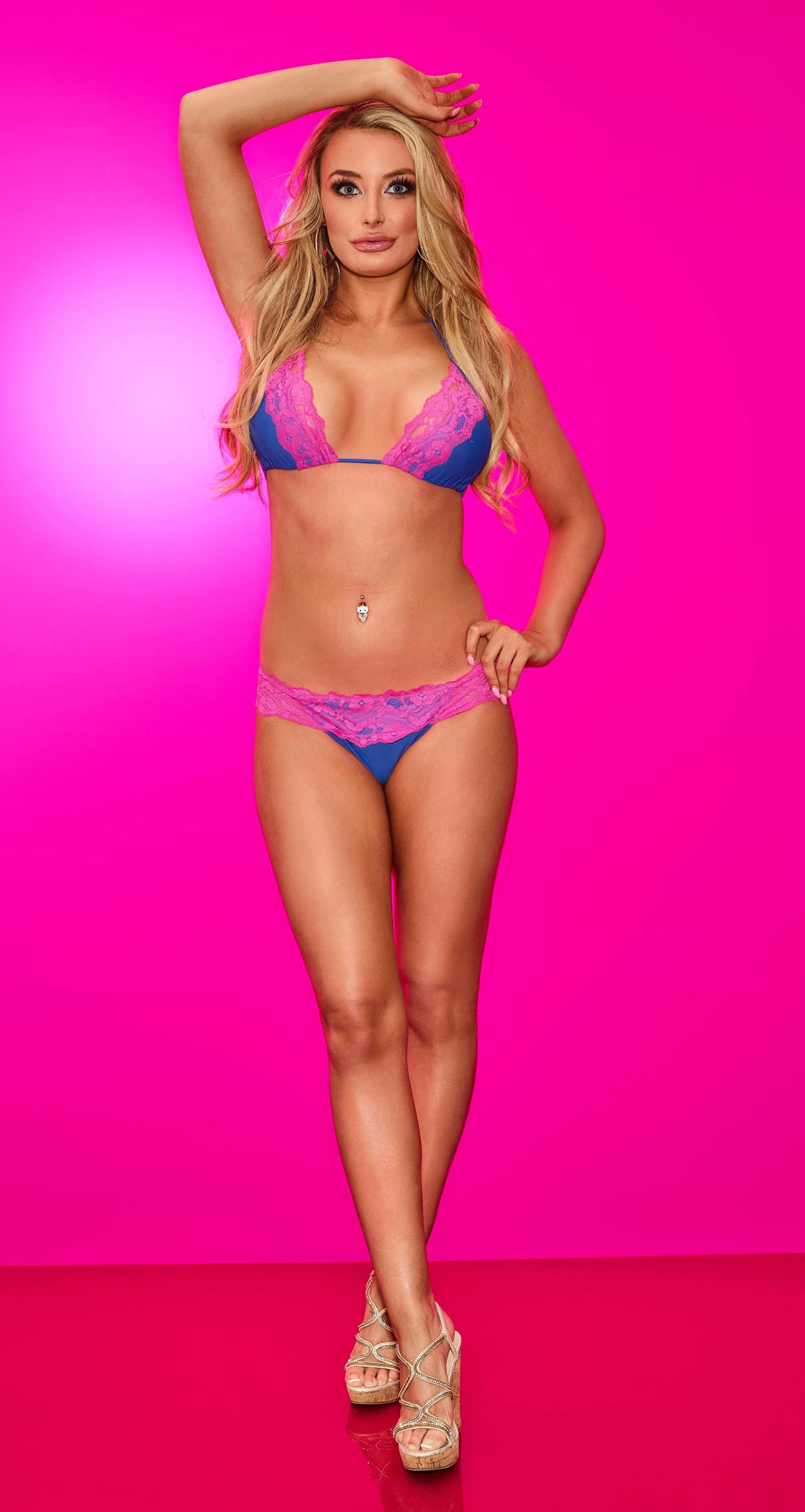 Speaking to MailOnline, Dr Dan Marsh of the Plastic Surgery Group previously said: "Out of all the girls I’d say Chloe has had the most amount of work done to her face.

"Chloe has probably over indulged in having lip fillers here, I’d also say she’s had Botox in the forehead, around the eyes and frown line.

"I would also suggest a possible nose job and obvious breast implants."

There's also no sign of her perfect white smile, with her natural wide grin exposing train track braces over her top teeth. 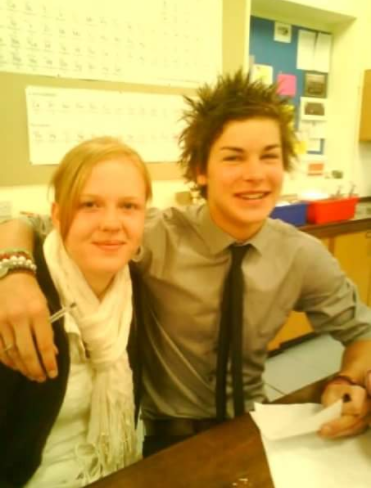 Chris Hughes – who shot to fame on the third series of the show – has also transformed his looks over the years.

The cheeky chappy certainly had all the girls in a frenzy with his buff bod, comb over quiff and cracking smile.

However he hasn't always looked like the hunk he is today.

A secondary school photo shared on Twitter show a cute little lad with a butter wouldn't melt smile as he cuddles a female pal for a photo. 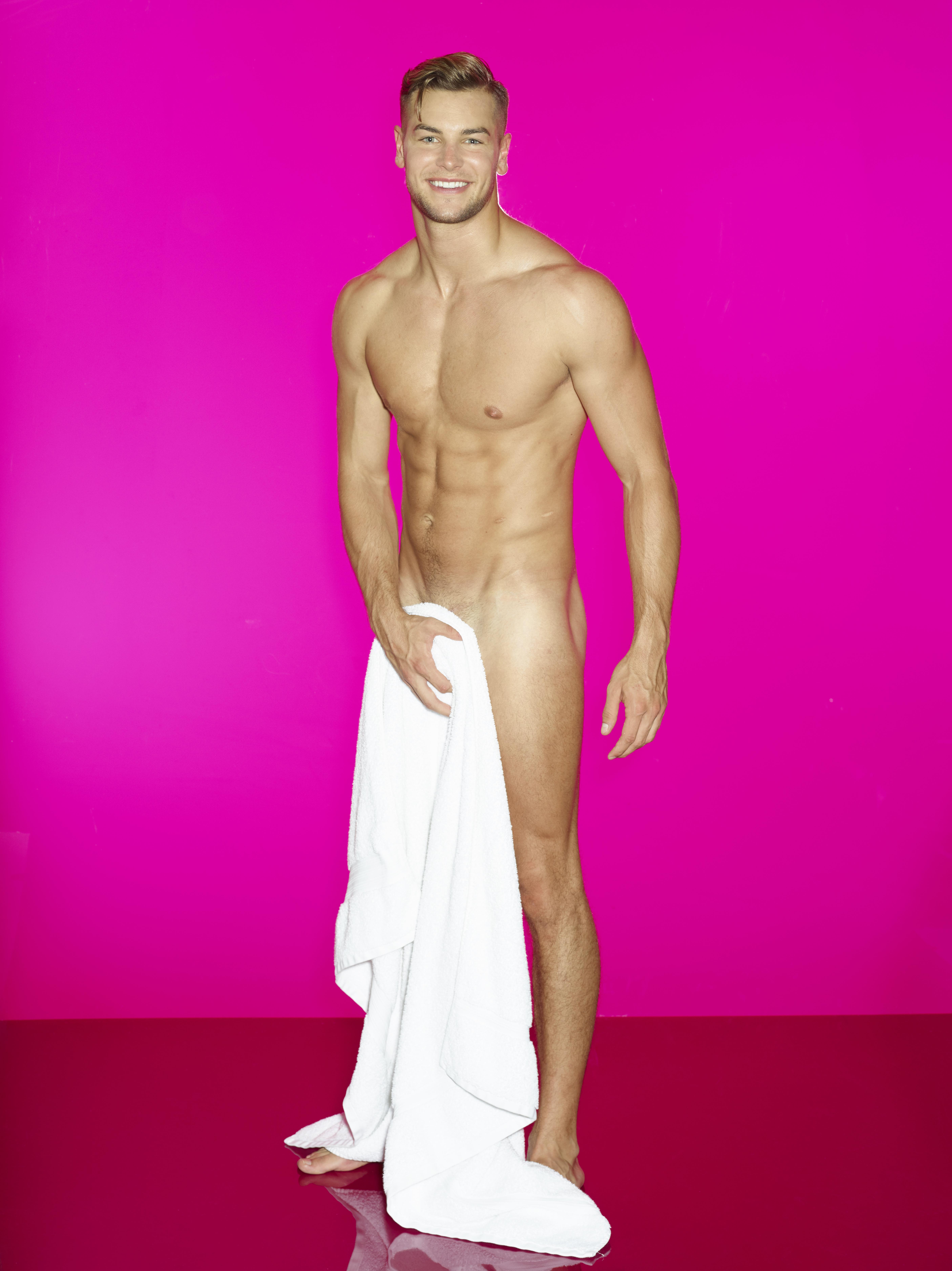 The 28-year-old made quite the impression when he arrived in the ITV2 villa, spending the first half of his time in the villa smooching with Chloe Crowhurst.

He also told new girl Gabby Allen that he didn’t like her “fake look” and that didn't fancy her at all.

Chris went on to place third alongside Olivia Attwood.

The pair gave it a go back in the UK but soon went their separate ways. 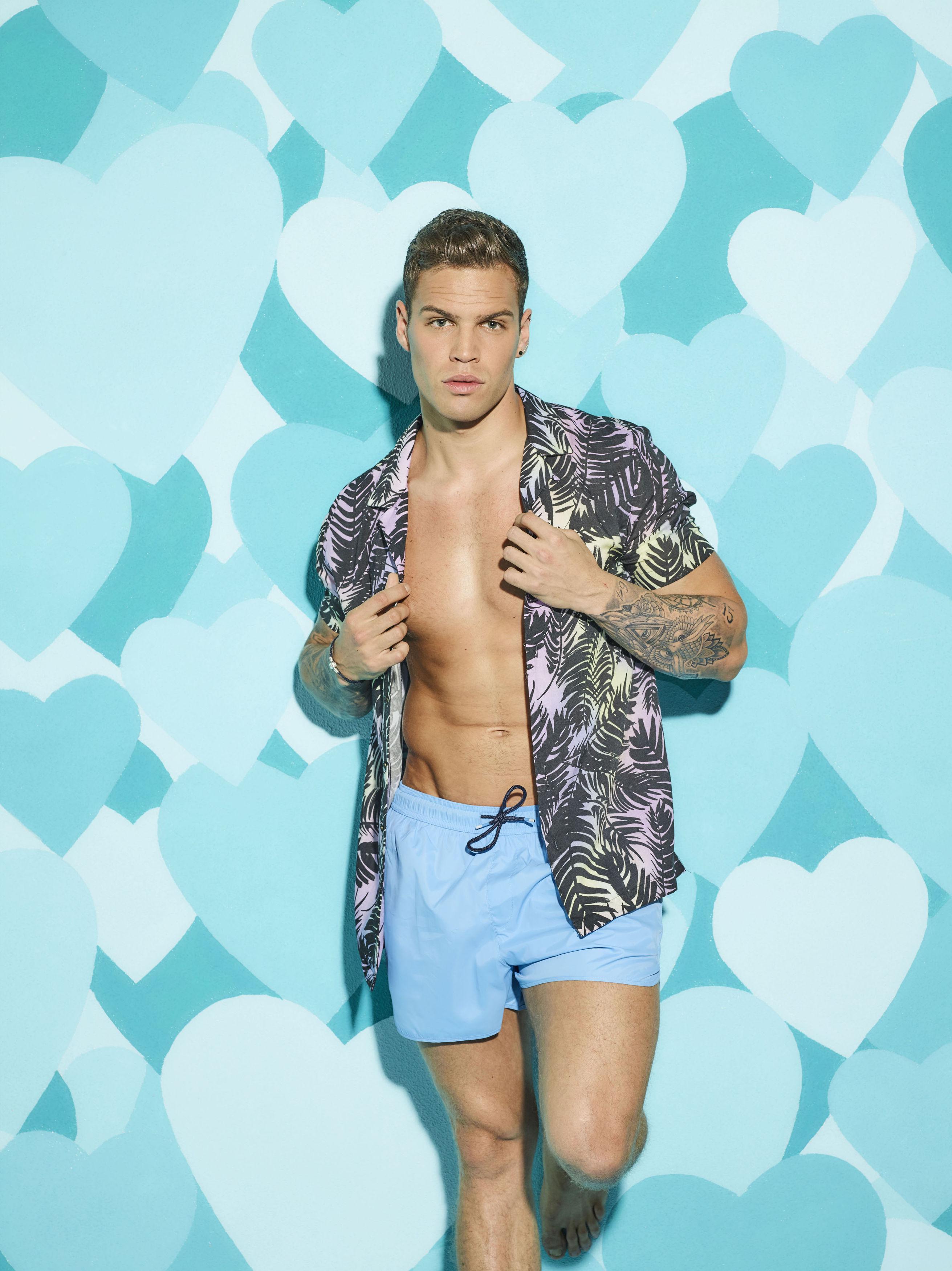 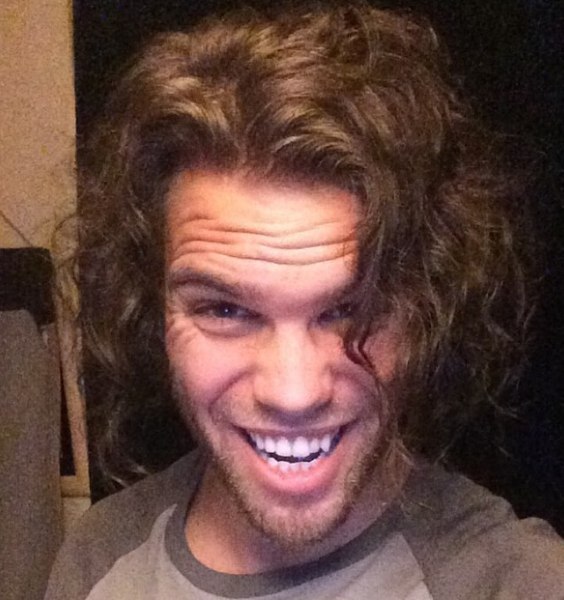 Dominic Lever also starred in the the third series of the show in 2017.

He certainly made an impression on Jessica Shears, with his chiselled figure and cheeky chappy charm helping him woo her into bed.

However, he used to sport a questionable barnet, with luscious shoulder-length locks.

Four years on and the pair are still together – they've got married and have also welcomed their son into the world October last year. 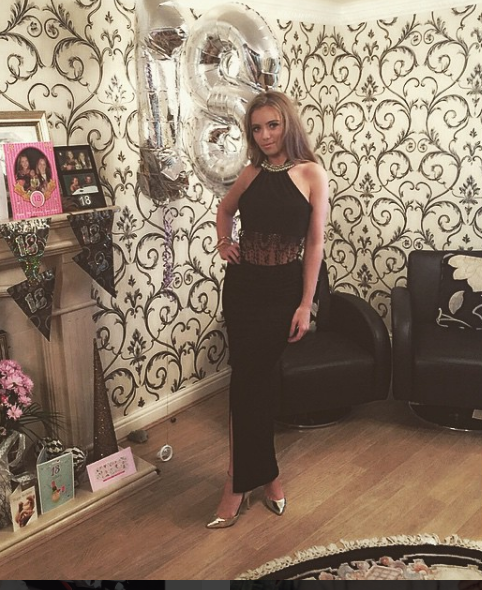 Brummie lass Tyne-Lexy boasted how she once turned down an offer of £40,000 for a date when she appeared on the show four years ago.

Her dazzling eyes have impressed, but she failed to find a connection with any of the lads.

The reality star looks very different to how she did when she was younger and Dr Marsh thinks she's gone under the knife.

He told the Mail how he suspects she's had a boob job and veneers to boost her look since her 18th birthday.

How to shop the Love Island looks 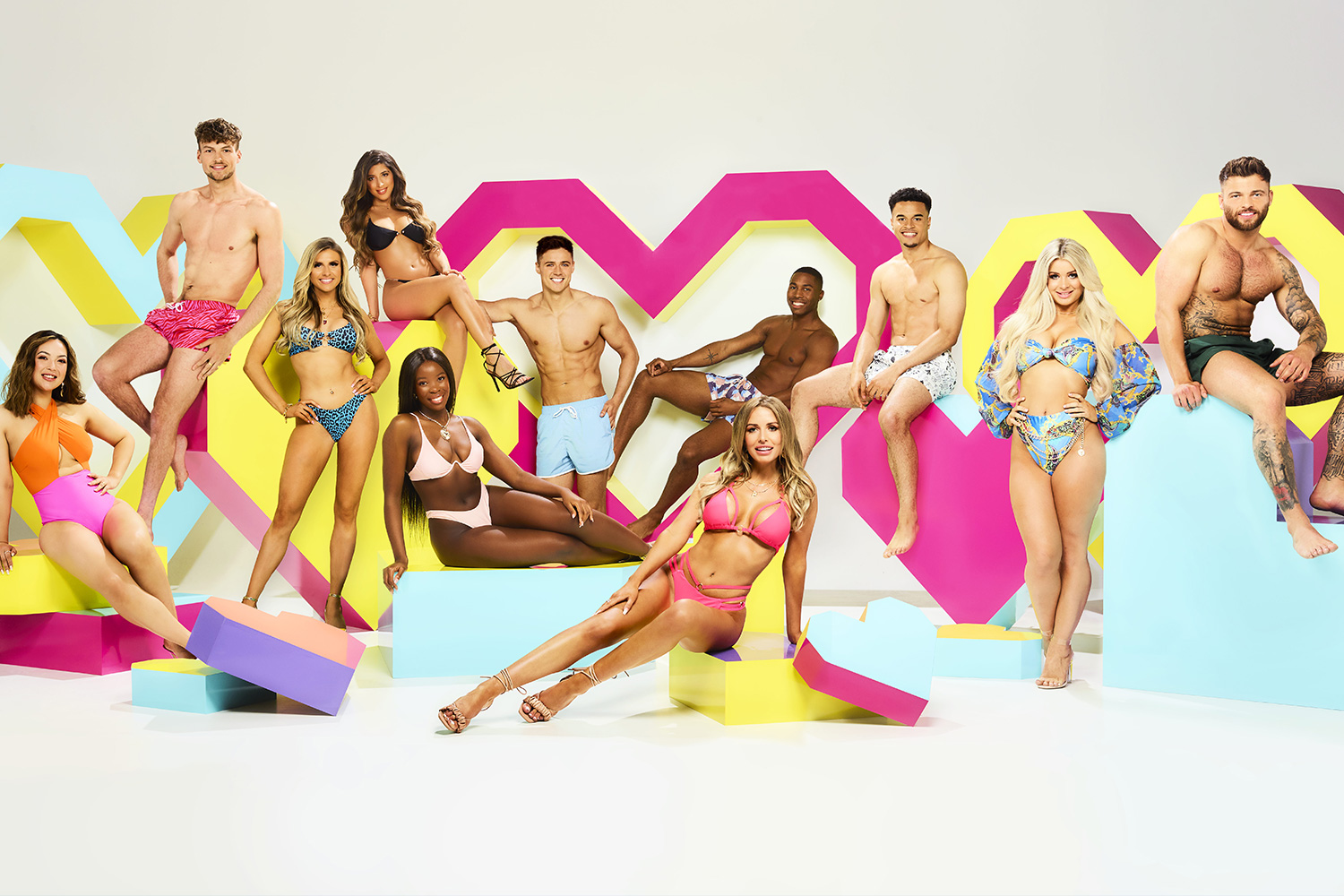 LOVE Island is back on our screens, and we are living for the romance, drama, and of course some serious looks.

To help you steal a slice of their style we've put together some of our top picks of where you can find their top looks, how to steal their style; and of course get your hands on those famous water bottles. 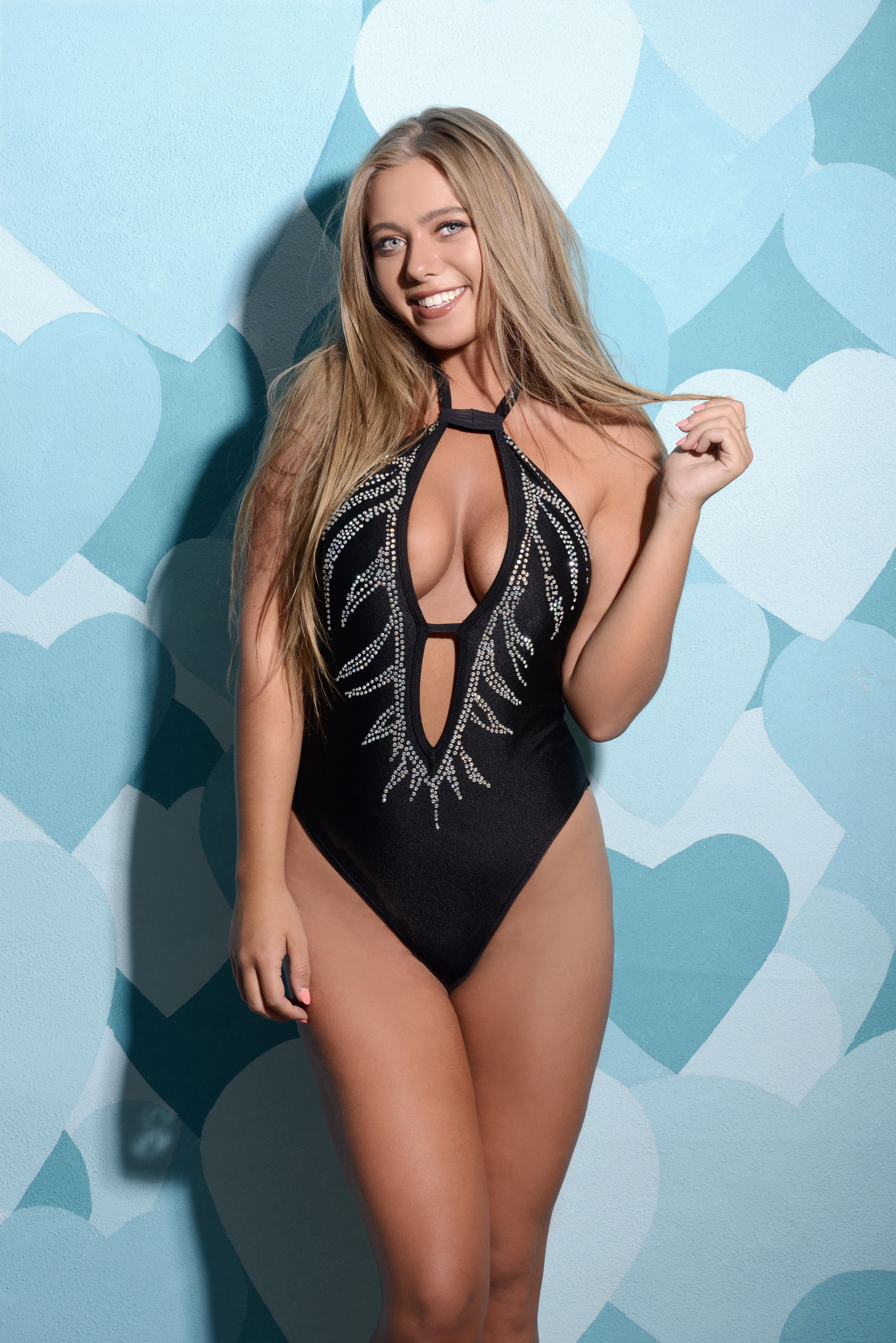 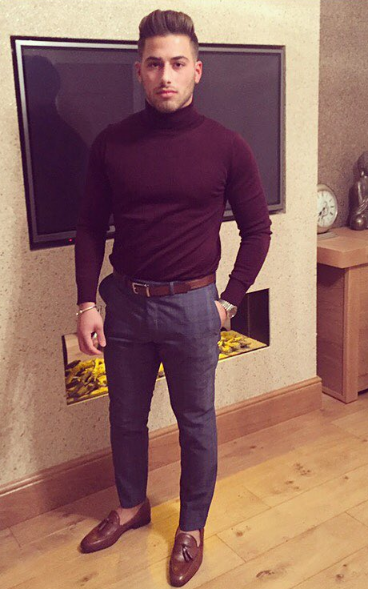 Kem Cetinay was barely been seen with a shirt during his time in the villa, and it's no surprise with his muscular body.

Although it was clear he put in some serious time in the gym before making his TV debut, with old Instagram snaps showing a far more average looking physique.

The graft seems to have worked as he was one of the first people of the series to have sex with pocket rocket Amber Davies.

Since winning the show Amber and Kem have gone their separate ways, with the beauty appearing in musicals and Kem landing various roles in TV. 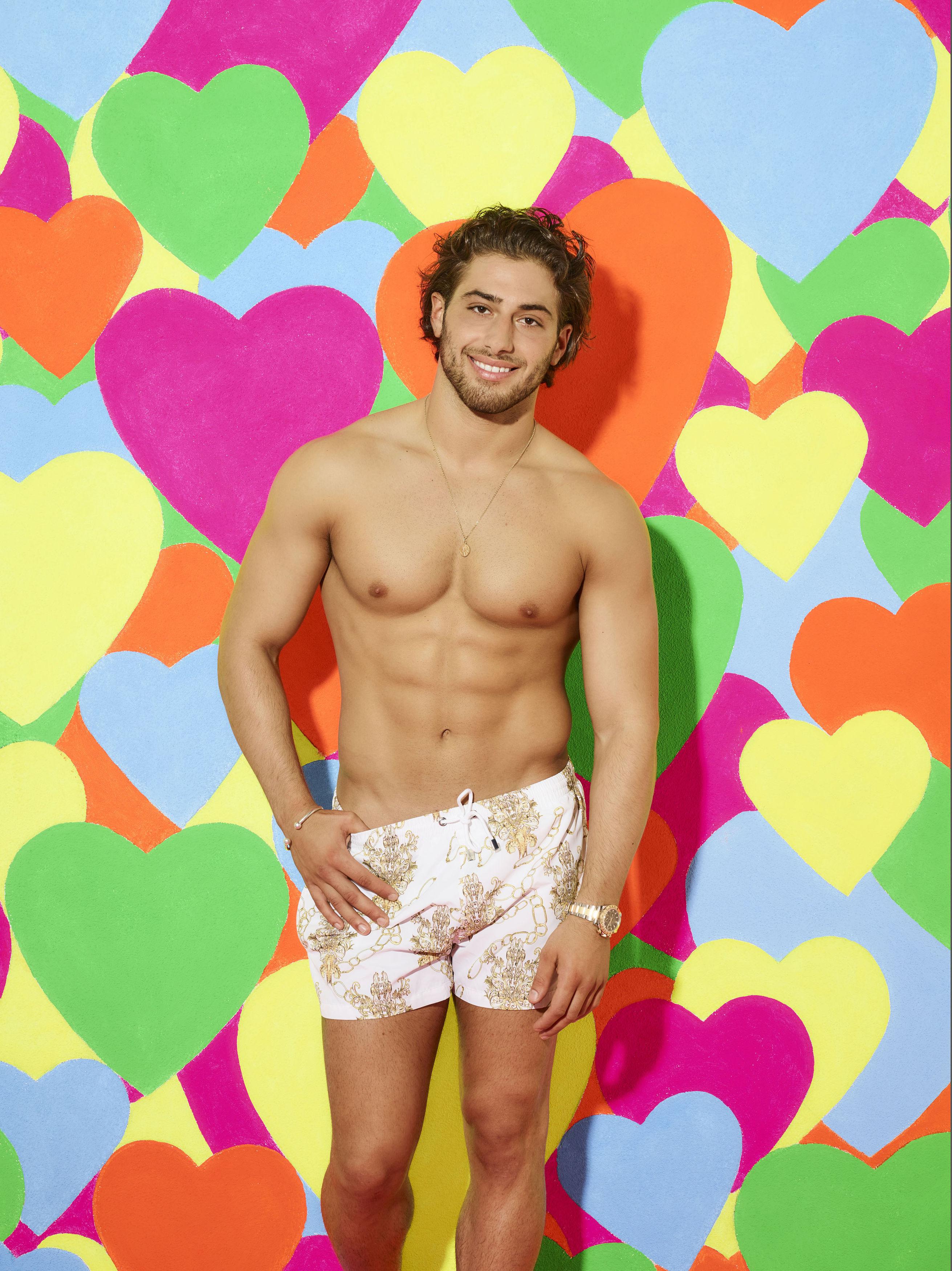