But, when exactly will it be released, who's in the cast and is there a trailer? Here's the lowdown… 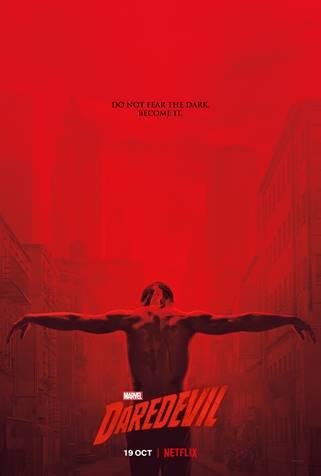 When is Daredevil season 3's release date on Netflix?

Daredevil's third season will be released on Friday, October 19, 2018.

The series is all about the Marvel Comics character Matt Murdock who is a blind lawyer-by-day and Daredevil who fights crime at night.

The second season of the show was released back on March 18, 2016 and fans have been waiting for the new series since.

The star-studded cast is as follows.

Both a poster and a teaser have been released to tease series three.

The trailer saw Matt Murdock in his signature black sweatsuit and mask from Season 1.

This hinted that he might be giving his fancy red armour a break this season.

The trailer revealed the return of Wilson Fisk, also referred to as Kingpin.

However, as the video was short and full of action, it was difficult to make out the details.

As for the posters, phrases like "Let there be darkness" and "Let the devil out" have hinted that the season will be an intense one.