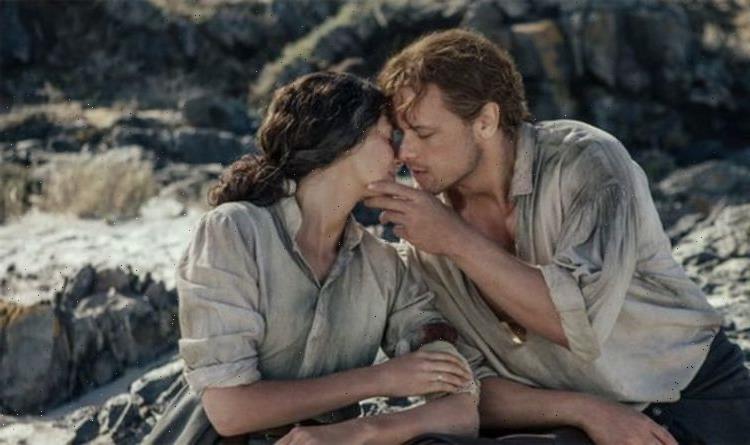 Outlander will be returning for its sixth season early next year, 2022, with the show continuing to follow Claire Randall (played by Caitriona Balfe) on her time-travelling adventure. So far, there have been many different locations and periods the show has visited. But when does the Starz show actually take place?

When does Outlander take place?

Outlander fans have been following the historically set story for five seasons now, with seasons six and seven already in development.

For newcomers to the show, the actual setting of the series may seem confusing on the surface, as it covers decades, even centuries of history.

However, the time period of the show is actually more straightforward than it may first seem, especially when taking into account the time-travel nature of the series.

Based on the series of books by Diana Gabaldon, the story first begins during the Second World War, but that soon changes.

Claire Randall begins her story as a nurse during the war, but she is soon thrown back through time under mysterious circumstances.

The bulk of the series takes place during the 1700s, specifically in 1743, just before the Jacobite risings.

This was a war that took place in 1745 and was an attempt by Charles Edward Stuart to regain the British throne for his father, James Francis Edward Stuart.

Outlander covers many of the most historically significant events of the 18th century, with them both playing out in the background and seeing Claire directly affect them.

Over the course of the series, time marches forward through several decades, with the show currently taking place in the early years of the American Revolution of 1776.

In Gabaldon’s original novels, in which book nine will be released this November, to story progresses even beyond this.

The series will likely be doing the same, with season six set to release in early 2022 and season seven is coming out the following year – 2023.

Gabaldon intends for there to be 10 books in total for the series, meaning the show will likely conclude around seasons 10 or 11.

It isn’t known what the time period will be for these final seasons, however, based on the trajectory of the show, it could end around the year 1800.

This would be in line with comments Gabaldon said back in 2015 when asked about how she sees the books ending.

Speaking to Press and Journal, the author said: “I think the Outlander books will end in about 1800 in Scotland.

“If this tells you anything, more power to you. The last book will have a happy ending, although I confidently expect it to leave the readers in floods of tears anyway.”

It is possible for the show to take a different path from the novels, as the show has made some minor changes before.

The series may also want to end differently in order for fans to enjoy the books and show separately.

The same logic was used for Game of Thrones, which once it caught up to the George R.R. Martin books, it decided to take its own path, to varying degrees of success.

For now, fans can rest assured there is still plenty more Outlander on the horizon, with Starz already giving fans a glimpse of season six with behind-the-scenes footage.

There is no official trailer yet, but the behind-the-scenes footage has helped to establish the setting and location.

The official Starz YouTube channel released one of these videos back in May, showcasing the talent in front and behind the camera.

Fans have shared their excitement for season six in the comments, with one writing: “This is the best series that has ever been made in human history.”

Another commented: “Gosh, this really put a huge smile on my face. I cannot wait for season 6!”

“So excited for season 6!! Love this cast and show so much,” a third shared.

Outlander is available to watch on Starz and Amazon Prime Video.