AUDIENCE guests to Wendy Williams' season premiere were reportedly "lined up outside" for the taping.

However, the troubled host failed to arrive, and the premiere has since been delayed multiple times. 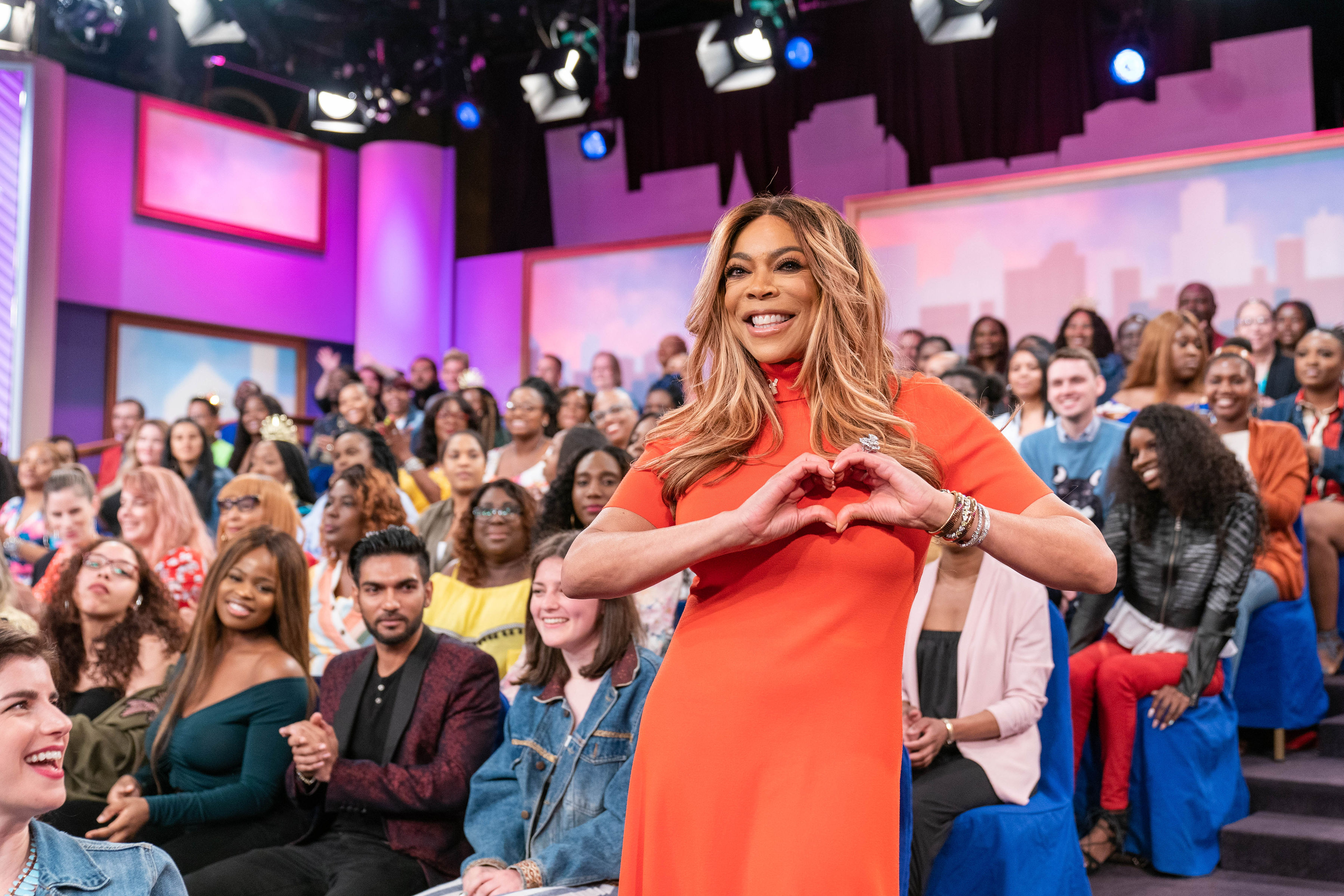 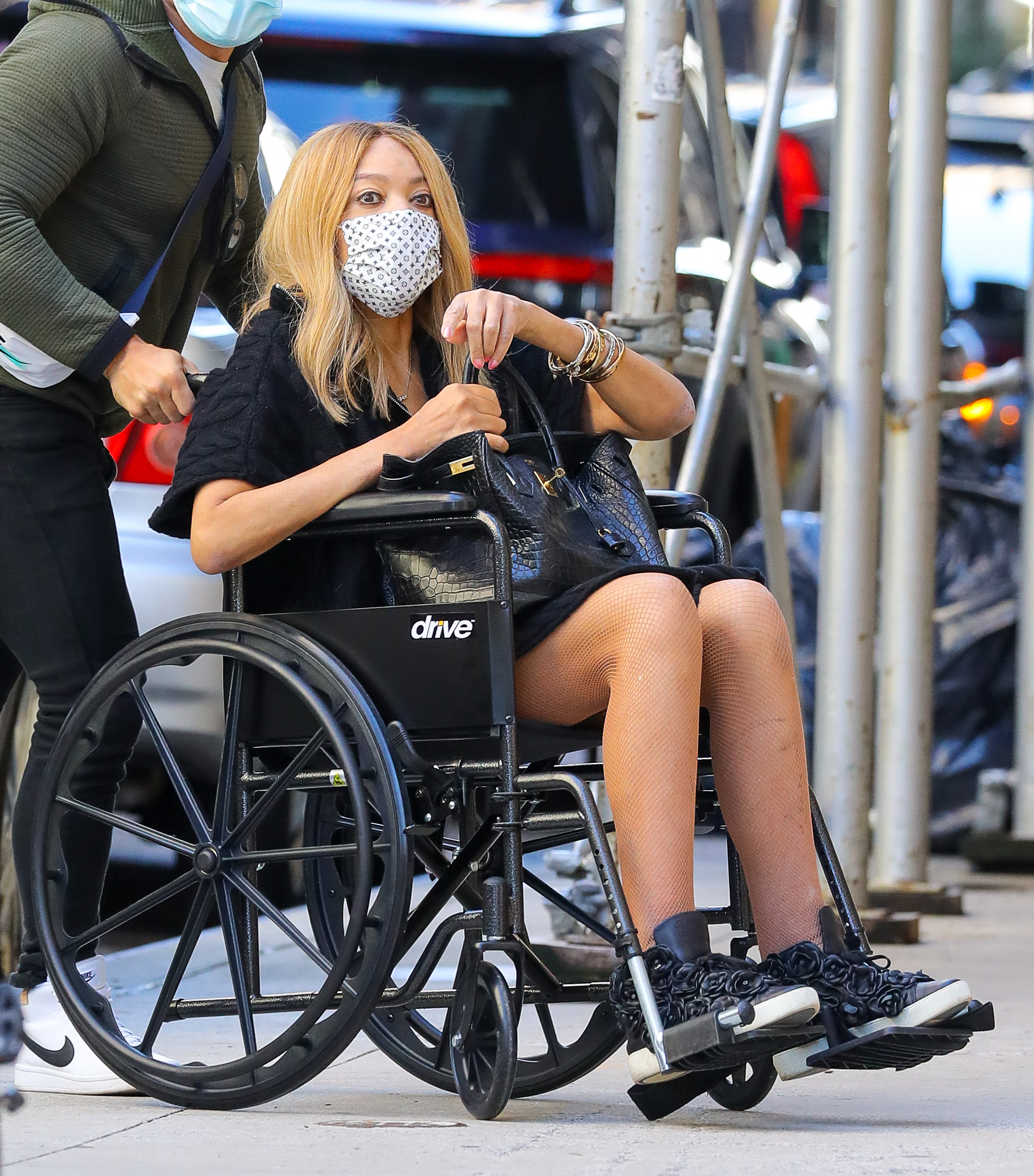 According to The Daily Mail, fans were lined up outside of New York City studio in preparation for the season premiere.

They had been given tickers and wristbands and even signed appearance waivers for Season 13's first show.

That's when a staff member shocked the crowds, announcing Wendy wasn't coming to the show, and filming the episode was canceled.

Yesterday, sources told The Sun Wendy is in bad shape as her show premiere was just pushed back again with executives fearing they are losing millions in revenue each week.

A source exclusively revealed to The Sun “Wendy is in bad shape, and while the plan now is to return October 18th, she very well could call in sick the night before.”

“I think the network bosses had a strong talk with her. She has to get it together; she is messing with millions in revenue”

The Wendy Williams Show had been postponed from its original return date of September 20 to two weeks later on October 4. But now it's been delayed again.

A statement posted on Wendy's show's Instagram page read: "Wendy will not be returning with new shows on October 4.

"She has been and continues to be under a doctor's care and is still not ready to return to work. We plan to return with new shows on October 18.

"Her breakthrough Covid case is no longer an issue and she has tested negative, but she is still dealing with some ongoing medical issues."

A statement on Wendy's show's Instagram on September 15 stated: “While continuing her health evaluations, Wendy has tested positive for a breakthrough case of COVID-19.

“To allow Wendy time to quarantine and fully recover and to ensure that our production abides by all SAG/AFTRA and DGA Covid protocols, we expect to begin the 13th season of The Wendy Williams Show on Monday, October 4.

“In the meantime, repeats will be scheduled.”

And days before that, on September 9, the show announced that the host was taking a step back from promotional events amid "ongoing health issues and further evaluations."

That statement read: "She will not be able to complete her promotional activities next week, but can't wait to be back in her purple chair on Monday, September 20th for the 13th season premiere."

Earlier this week, The Sun exclusively revealed that Wendy might quit her talk show, which still has not been renewed past 2022.

An insider said: “The show is set to air through the 2021-22 season. There is no decision beyond that, but she could very well walk away. She’s over it.”

The host was furious that his big lead-in audience wouldn’t be there for his show’s first week, which he will go without for even longer.

The Sun was the first to report the TV star had been "struggling with addiction" leading up to her hospitalization.

“Wendy was drinking every day, even while filming the show," an insider revealed to The Sun.

The source added that staffers have said they would smell the liquor on her.

They said her colleagues are “so used to her drama they are not that worried” and “they believe she will be back.”

Wendy was taken to a New York City hospital on September 15 after police received a 911 call from her building at 8am about a "57-year-old female in need of psychiatric services."

An ambulance arrived and transported a woman matching the host's description to a nearby hospital for evaluation. 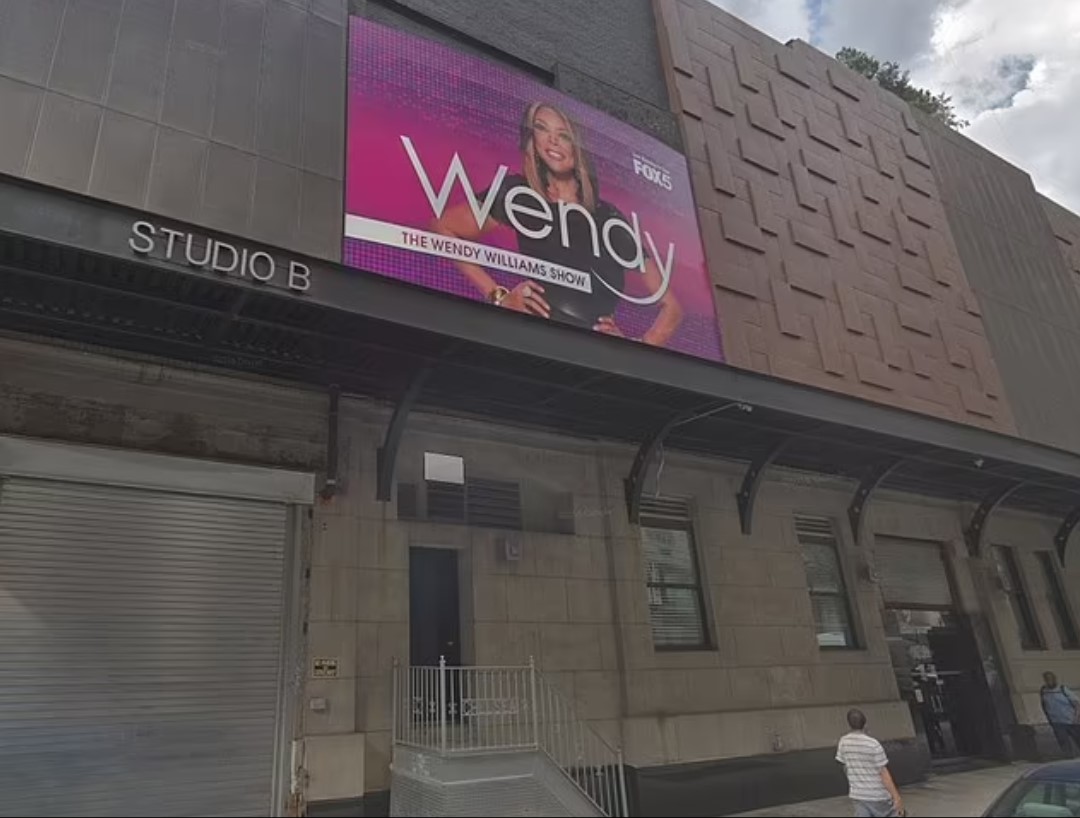 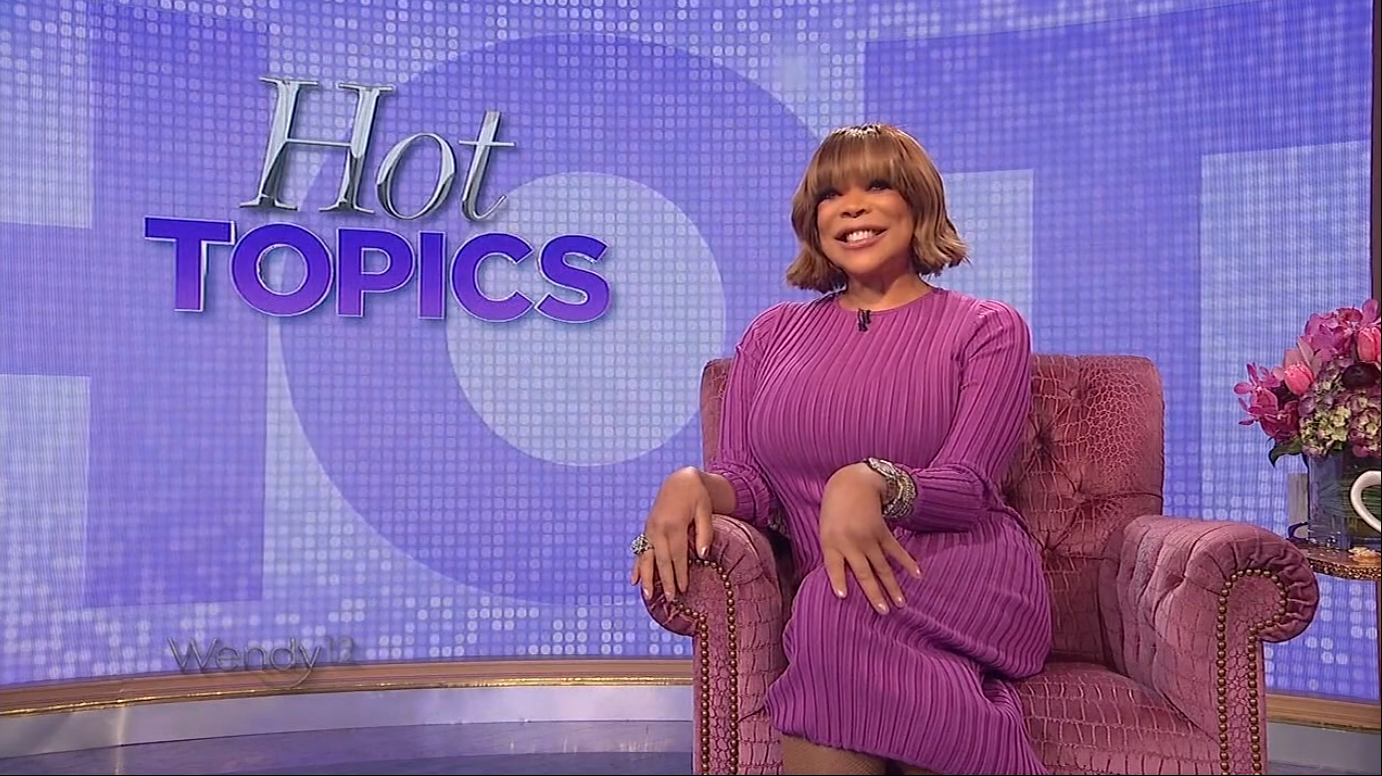 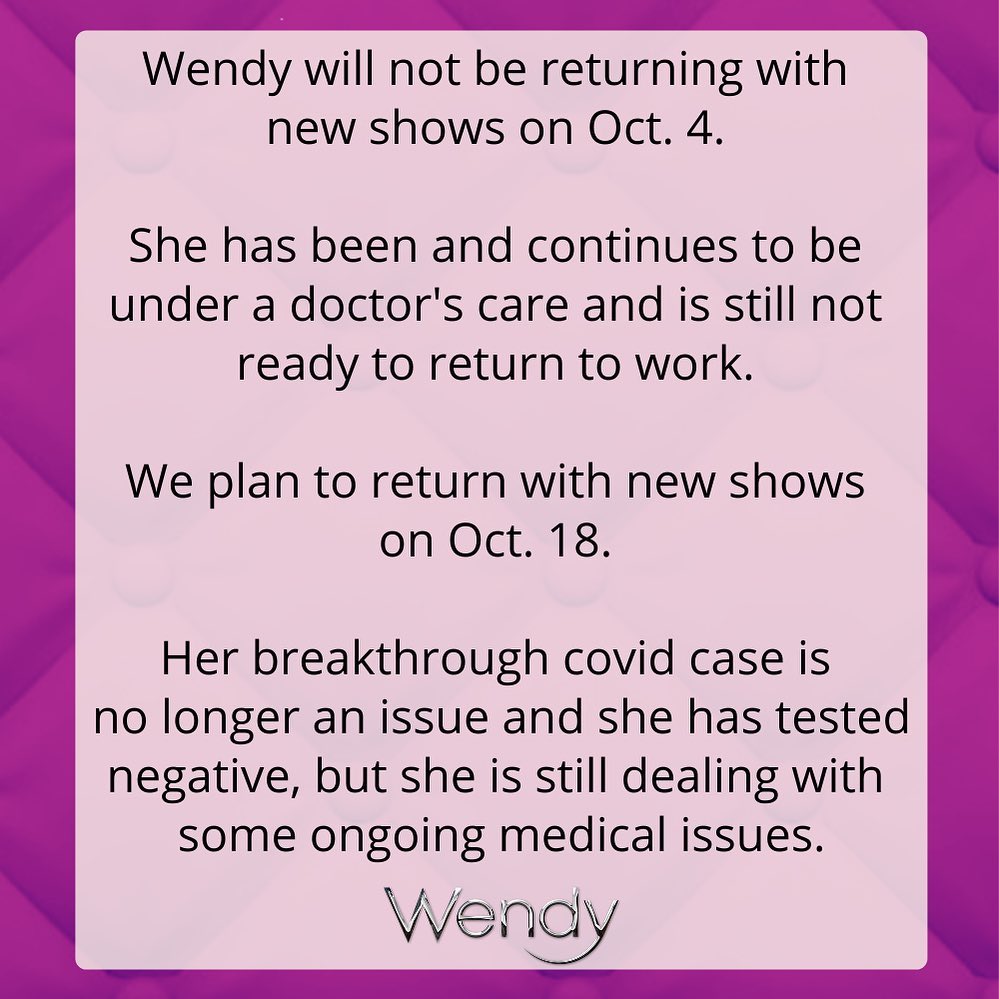