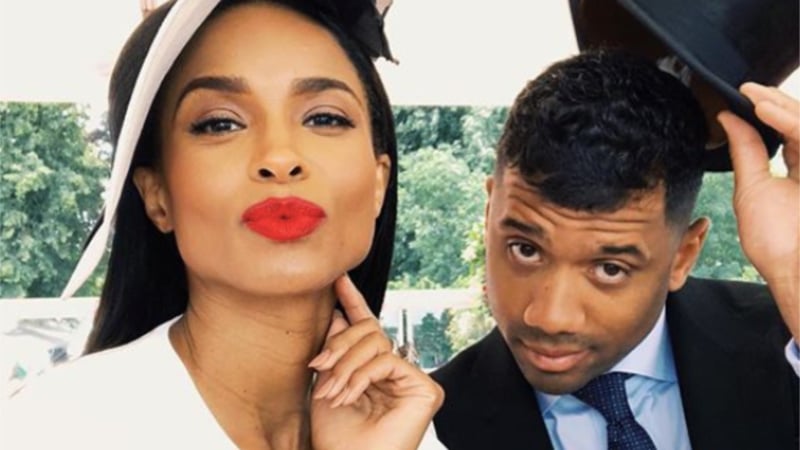 Ciara blew everyone away during last night’s performance at the American Music Awards (AMAs) when she performed her Level U remix edition with Missy Elliott. The performance was packed with intense choreography, amazing backup dancers, and a perfect performance by both ladies. While Ciara stuck to her own vocals, Missy joined the performance about half-way through, adding her own rapped verse to the song.

In that same performance, Ciara added a solo snippet of her recent single, Dose. The song is featured on her upcoming album, which will mark the seventh album for her. The album still has no release date just yet, but it’s one that has been in the works for a long time.

Back in March of this year, Ciara opened up about working on her upcoming album. She explains that she actually started on it before giving birth to her daughter, often recording with her big belly.

“Yeah, I’m super, super excited about my album. I’ve been having so much fun working on it. I actually started recording a little bit of it before I gave birth to Sienna so that was really fun; dancing around with my big belly in the studio. But I’ve been working on it for a little while, and it’s really coming together, and I can’t wait to share it with my fans,” she told ABC.

In addition, Ciara revealed that she has plans of writing a book about her life and fans can expect to learn more about her husband and her private life.

So proud of you baby @DangeRussWilson for having your 100th consecutive start today! My greatest inspiration! I Love you! ??? #3 #GoHawks @Seahawks @NFL

Ciara is married to Seattle Seahawks quarterback, Russell Wilson. They started dating back in 2015 and was engaged a year later. They married on July 6, 2016, and welcomed a daughter, Sienna Princess Wilson, on April 28, 2017. Ciara has a son from a previous relationship with Future named Future Zahir Wilburn. He was born on May 19, 2014.

This was the first time the team ever won a Super Bowl. The following year, in the 2014 season, the Seahawks found themselves in the Super Bowl once again, losing on the final play against the New England Patriots.

Wilson has won more games than any other quarterback in the league during his first six seasons, and he’s currently the second highest-rated NFL passer. The first is Aaron Rodgers from the Green Bay Packers.

He’s clearly talented and his paycheck reflects that. On July 31, 2015, Wilson signed a four-year, $87.6 million contract extension with the Seahawks, making him the second highest paid player in the league at that time.

There’s too many cute moments to choose from❤️.. @DangeRussWilson! I’m truly obsessed with how much you love our little ones, and how every moment matters to you! I’m so grateful for you. You are truly the best dad in the world. I Love You! #HappyFathersDay!

While Russell Wilson and Ciara are active on Instagram and have no problem sharing intimate videos from their personal lives, including their children, they haven’t confirmed any future plans for more children.