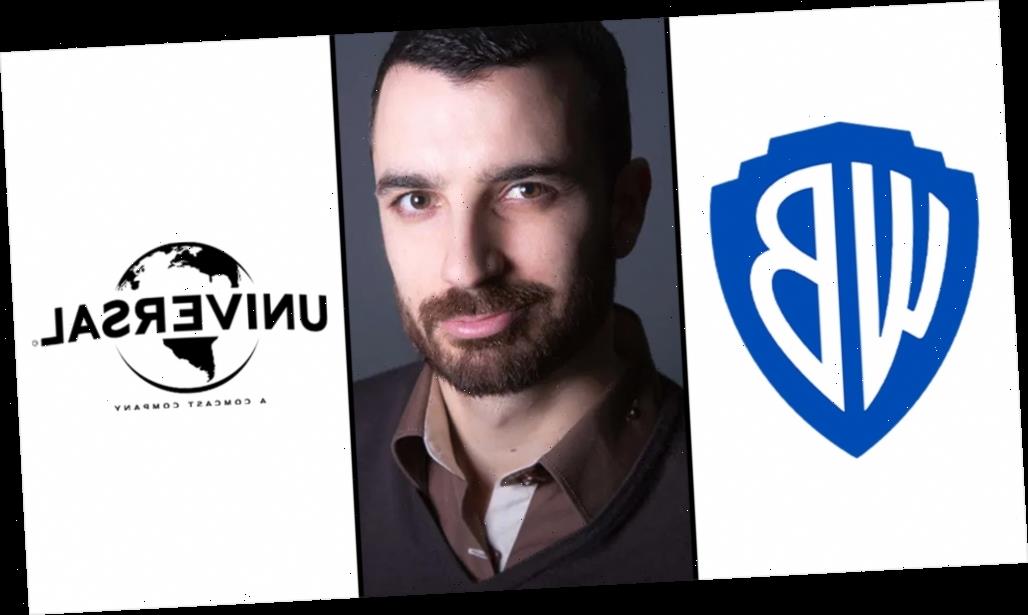 You can read the internal memo from Universal President of Worldwide Marketing Michael Moses below. Noble will report to Moses, and be part of the studio’s senior international think tank including distribution boss Veronika Kwan Vandenberg (also a Warner Bros vet) and Niels Swinkels. Noble will also work closely with Dwight Caines, President of Domestic Marketing.

I am happy to confirm the good news that Julien Noble is joining Universal as our new President of International Marketing.

Julien is a dynamic mix of experience, enthusiasm and entrepreneurialism and I’m certain he will be a strategic addition to our team as we confront the continuing impacts of the pandemic and an industry reshaped by seismic shifts. I’m excited that he will join us in Los Angeles as an architect and partner as we centralize our organization in a more globalized structure.

Julien brings with him experience working in territory and in region as well as impressive stints at major studios, making him an executive with a vast foundation and forward-thinking dexterity who will advocate for what’s needed to succeed across cultures and countries. He’s worked within dedicated disciplines before progressing to leadership positions that involve all elements of marketing, first at Disney, then Fox and most recently Warner Bros.

Julien comes most immediately from his role as Executive Vice President, International Marketing at Warner Bros., where he was responsible for innovating WB’s marketing operations across the studio’s international team. He oversaw international campaigns that led to major box office successes including Joker, Shazam!, Godzilla: King of the Monsters and It Chapter Two. Over the course of this past year, he’s been a part of nimble international theatrical releases of Tenet and Wonder Woman 1984 during the pandemic. Prior to that, Julien spent four years at 20th Century Fox managing the International Digital Marketing team before rising to Executive Vice President of Worldwide Digital Marketing, working on campaigns like Deadpool, The Greatest Showman and Bohemian Rhapsody. He also spent five years at The Walt Disney Company in various leadership positions, including Senior Vice President, International Digital Marketing, working across all the major labels at that studio.

On March 15, Julien will join our team in Los Angeles, where he will report to me, serve as a member of the senior international cabinet along with Veronika Kwan Vandenberg and Niels Swinkels and collaborate closely across all functions of marketing with Dwight Caines, President of Domestic Marketing. Julien will also work closely with our territory offices around the world to ensure we continue to optimize for success everywhere.

I must continue to acknowledge Simon Hewlett, both for his incredible accomplishments as the marketing leader for international over the past seven years and for his partnership as we further consolidate our teams in an integrated globalized structure. During Simon’s tenure, Universal’s international performance has grown into a consistent industry powerhouse, and the campaigns he’s overseen have been distinguished by both rigor and innovation that have lifted Universal over the competition, time and again. Simon simply wasn’t able to make the permanent transition to LA, but I am so thankful that he is staying on through the summer to ensure continuity as we onboard Julien. It’s simply great to have him around and I have so enjoyed working with and learning from him as a partner.

Although I often share this sentiment with the group, it bears repeating: we have far and away the best marketing team in the business, and I know that our studio’s continued success, even under these unprecedented conditions, is in large measure a result of their efforts. I am proud to have called Universal home for more than two decades, but never more so than now as this group has shown that you can make the most out of tough circumstances if you have talent, grit, agility and teamwork. This gang’s got them all.

Please join me in congratulating and welcoming Julien to Universal!

PREVIOUS EXCLUSIVE, Jan 7: Sources tell me that Warner Bros. International Marketing EVP Julien Noble is leaving the studio, and in talks for a similar role at Universal.

I understand that Noble announced his exit to his Warner Bros. global marketing team yesterday and that he’ll be departing Warners in mid February.

Noble apparently has been negotiating his exit since late last year, and I’m told it is not connected to today’s news, which Deadline broke, of former Uni Global Marketing Boss Josh Goldstine being named Warner Bros. President of Worldwide Marketing.

Noble’s track record at Warners includes the international marketing campaigns for Tenet, Wonder Woman 1984, the highest grossing R-rated movie of all time, the $1 billion-plus Joker; It: Chapter 2, Godzilla: King of the Monsters, and Shazam.

Uni has been looking for a President of International Marketing since it was announced back in October that Simon Hewlett was planning to leave the studio. Hewlett is based in London, and Uni was looking to integrate its global marketing and distribution ops out of Los Angeles.

Noble arrived at Warners in January 2019, reporting to then marketing boss Blair Rich. Before Warner Bros, Noble worked at 20th Century Fox where he was EVP, Worldwide Digital, working on award-winning campaigns for the Deadpool and X-Men franchises as well as The Greatest Showman, Logan and ultimate 4 Oscar winner Bohemian Rhapsody. Noble also served earlier as Fox’s SVP of Digital, International.  Previously, he spent seven years at Walt Disney Studios in the UK and the U.S. in a variety of roles, most recently as VP, Global Digital and Publicity, where he worked on such titles as The Avengers releases and Frozen. Noble cut his teeth in entertainment in France working at 20th Century Fox as a new media executive. He is multilingual and holds degrees from the INSEEC School of Communication (known as Sup de Pub in France) and Pigier, Aix en Provence.