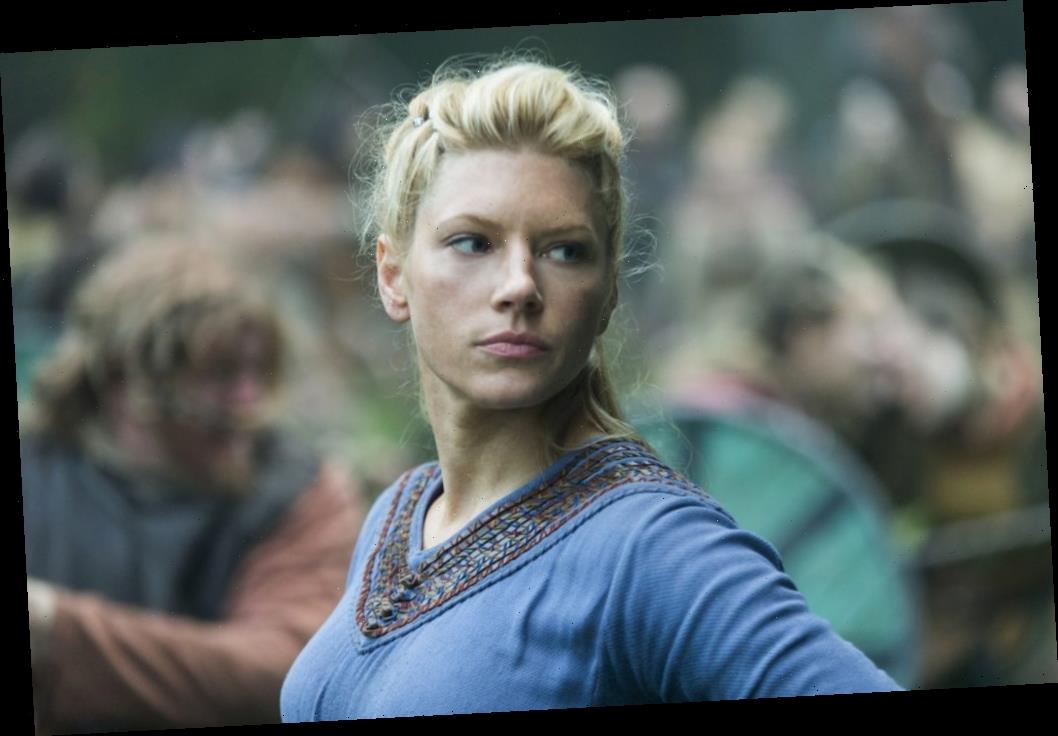 In the popular series Vikings, Ragnar Lothbrok’s (Travis Fimmel) young son, Bjorn (Nathan O’Toole), chooses his mother, Lagertha (Katheryn Winnick), over his father on one occasion. It’s a truly sad situation in the history of the show. We have all the details from the moment in season 2, episode 1.

Ragnar Lothbrok cheats on his wife, Lagertha, in ‘Vikings’

In season 1, Ragnar is the Earl of Kattegat when his wife, Lagertha, has a miscarriage. He starts to wonder who will give him the many sons he was promised by the Seer (John Kavanagh). While on business for King Horik (Donal Logue), he meets Princess Aslaug (Alyssa Sutherland) from Götaland, and he gets her pregnant after sleeping with her. She even tells him that she’s pregnant before she and Ragnar part ways.

Although Lagertha learns a little about the situation from Bjorn, he didn’t want to be “disloyal” to his father, according to Lagertha. She knows her husband slept with this other woman, but she has no idea that Aslaug is pregnant.

Months later, Aslaug comes to Kattegat, and she’s very pregnant. Ragnar mentions being married to them both, which Aslaug pretends she’s agreeable with. Ragnar also tells his wife that she must “accept” Aslaug, as he can’t turn her away. Of course, Lagertha can’t, and she decides to leave and divorce Ragnar. While he’s away, she packs up her things to start a new life elsewhere.

The 1 moment Bjorn chooses his mother over his father

Bjorn has the option of staying with his father or going with his mother, and at first, he chooses his father after speaking with Torstein (Jefferson Hall). He tells Lagertha that he chooses his dad, and she leaves without him after a heart-wrenching goodbye. But when Ragnar returns to Kattegat, his son tells him that Lagertha has left. Ragnar races on his horse to speak to her, but Bjorn isn’t far behind, as he’s running on foot after changing his mind.

Ragnar makes it to Lagertha’s wagon, asking if she’s “really going to abandon” him as he gets off his horse.

“You insult and humiliate me,” Lagertha tells him. “I have no choice but to leave you, and divorce you.”

Although he admits that he doesn’t want her to leave, Lagertha insists “it’s fate.”

Then Bjorn appears after running the whole way. “I’ve changed my mind,” he says. “I’m coming with you.”

Bjorn chooses his mother over his father in the tearful moment. It’s a sad turn of events that all happens because Ragnar cheated on his wife, and it isn’t fair to his wife or his son. Bjorn will grow up for the next few years without his father.

Ragnar hugs his son goodbye, getting emotional. He kisses him on the head, and looks at him saying, “Look after your mother.”

Lagertha makes room for him on the wagon, and she tells the driver to “Move on.” Bjorn and his mother watch Ragnar as they drive off, and Lagertha eventually turns to look away.

Four years will pass before they all see each other again. Ragnar makes a life with Aslaug, and they get married, having four children: Ubbe, Hvitserk, Sigurd, and Ivar.

If Ragnar had never cheated on his wife, Bjorn wouldn’t have had to choose between his father and his mother.