Vikings: Gunnhild swims out to sea to ‘be with Bjorn’

Vikings season six, part two, was released in December 2020 and it saw many characters’ storylines come to an end. Gunnhild (played by Ragga Ragnars) sadly died after realising she wanted to be reunited with her husband. The show’s creator Michael Hirst spoke exclusively to Express.co.uk about why Gunnhild died.

Why did Gunnhild have to die?

Part B of Vikings season six was an emotional rollercoaster for fans as plenty of characters met their demise.

King Olaf (Steven Berkoff) also died very early on in the season, and Gunnhild would be the next to suffer the same fate.

Gunnhild was unable to cope following the death of her husband Bjorn, and she feared it marked the end of the Golden Age of the Vikings.

Bjorn’s body was preserved in a tomb, and she would regularly visit, confiding in her husband. 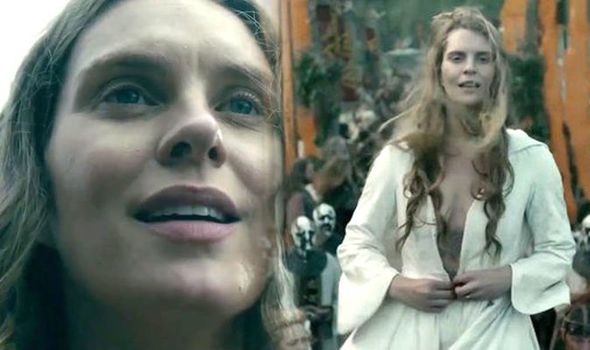 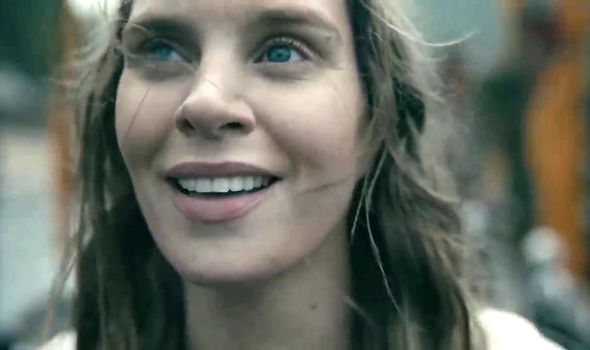 Ingrid was reluctant due to her tragic history with Harald, but she agreed.

Gunnhild, however, could not bring herself to go through with it, and on her wedding day, she decided to end her own life.

In a haunting scene, she was seen approaching the wedding party wearing a white dress.

When she reached the edge of the water she removed her clothes and dived in, explaining how she wanted to be with her husband again, and she swam out into the middle of the ocean to drown.

Hirst told Express.co.uk how Gunnhild was true to her morals, and she could never go through with an unwanted marriage. 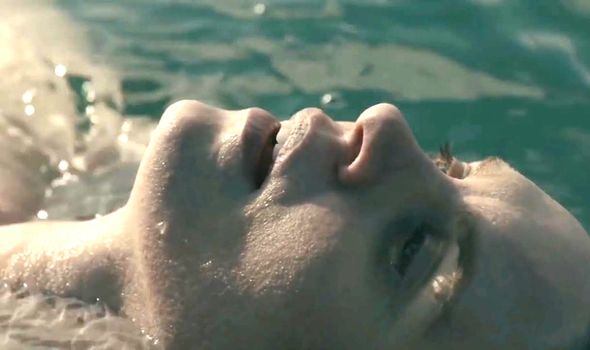 He said: “She had very clear and strong morals, she knew who she was and what she was and wasn’t prepared to do.

“She didn’t like compromising, the actor [Ragnars] is an Olympic swimmer so you could see she was a shieldmaiden.

“In the end, she just couldn’t compromise her own morals by marrying someone she really didn’t like and had never really liked.

“When she goes to Bjorn’s tomb she wonders whether the Golden Age of the Vikings is over.

“She wants to be part of, and remembered as part of the Golden Age.” 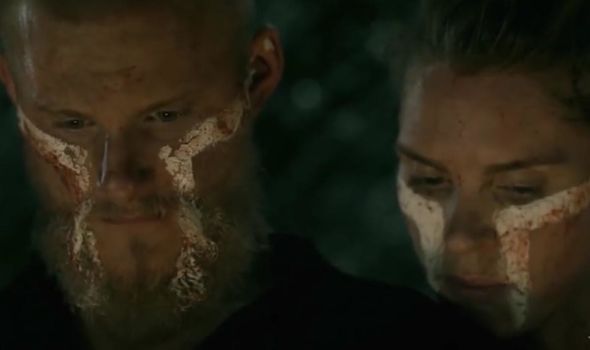 He explained how Gunnhild had always been one of his favourite characters due to her strength and resilience.

Ragnars is in fact a former swimmer who specialised in sprint events, and she holds multiple Icelandic records.

She was just 19 when she took part in the 2004 Summer Olympics in Athens.

Hirst said: “As she was an Olympic swimmer I wanted her to swim to Valhalla.”

The scene was one of the most emotional of the final season, as Gunnhild gave herself over to the water.

Hirst added: “She also loved Bjorn, and in many ways, he didn’t deserve her.”

Fans agree Bjorn was wrong to have wed Ingrid while already been married to Gunnhild.

They took to Twitter to share their thoughts on her death, with one fan saying: “Just watched the first ep of the new series of #vikingsseason6. Sobbing. Gunnhild’s saga is one of the most moving bits of tv I’ve ever seen. Completely unexpected, beautifully done. #Vikings.”

Another fan said ahead of the release of the final season: “If Gunnhild dies, I’m going to be furious #Vikings.”