Vikings is set to return with a brutal final season of the History Channel show and things aren’t looking good for Bjorn Ironside (Alexander Ludwig) as Kattegat comes under threat once again. With the Russian army outnumbering the Vikings, the clash with the Rus people is set to claim countless lives in the final season. However, it seems this isn’t the only challenge Bjorn will face as showrunner Michael Hirst recently revealed his own people are set to turn on him.

The latest Vikings trailer is a haunting watch, kicking off with King Bjorn Ironside sitting on a beach, littered with the dead bodies of hundreds of soldiers.

The King says: “I have failed. But this time I will not fail, the gods are with me.”

However, it seems not everyone is on his side as the trailer then showed off the unbelievable force of the Russian army.

Thousands of soldiers could be seen walking and sailing, teasing an upcoming clash between the vikings and the Rus people. 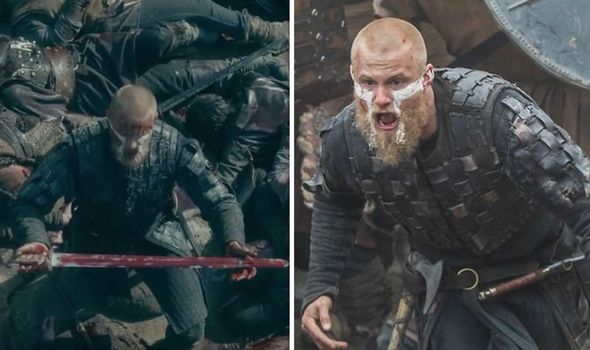 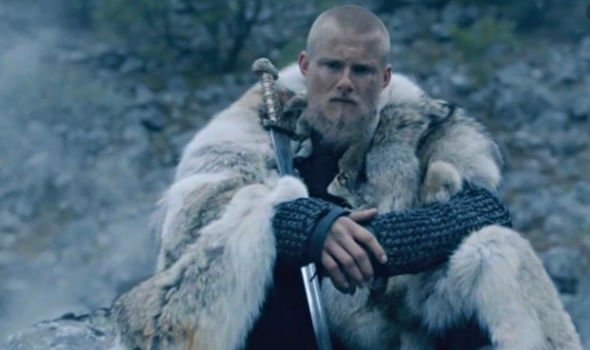 Will Bjorn be able to defend his territory?

This seems to have caused great frustration for his people, as showrunner Michael Hirst teased that Bjorn’s supporters will soon grow impatient.

He began: “Of course, [Bjorn] gets handed a couple of huge decisions to make very early on.

“And they’re both kind of lose/lose decisions in some way. 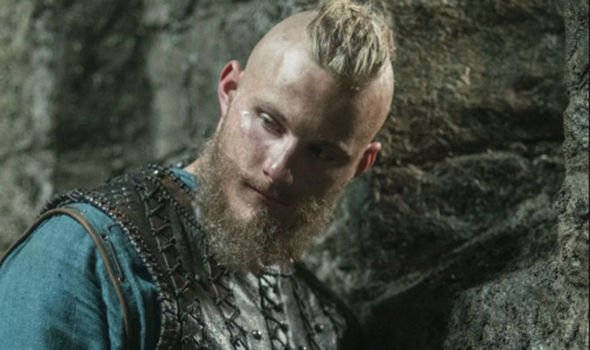 “He’s also realised very early that this kingship game is exactly as his father said. [It’s] difficult and troubling.

“We’ve got to share that learning curve and those trials that he has to endure.”

Not only is Bjorn set to find his kingship “difficult” and “troubling”, the showrunner revealed the initial joy of the people at Bjorn’s democratic leadership will soon fade.

Hirst concluded: “I think that the people of Kattegat are incredibly pleased initially.

“But you know, it’s not long really before it all it slightly starts to unwind.”

Will he have to defend his title as King as well as his own land?

Meanwhile, a new addition to the cast has revealed the real reason Bjorn’s father Ragnar Lothbrok (Travis Fimmel) won’t be returning next season.

Despite his gruesome death in season four, many fans speculated the Viking could have made it out of the snake pit he was thrown in, meaning his death was all a hoax.

Now, Ganbaatar star Andrei Claude spoke out about the chances of being Ragnar once again ahead of his appearance in the sixth and final season.

Speaking to Metro.co.uk he began: “Travis Fimmel did a fantastic job bringing the character of Ragnar to life, and it would have been good to work with him.

“I don’t think he’ll be coming back in this season though.”