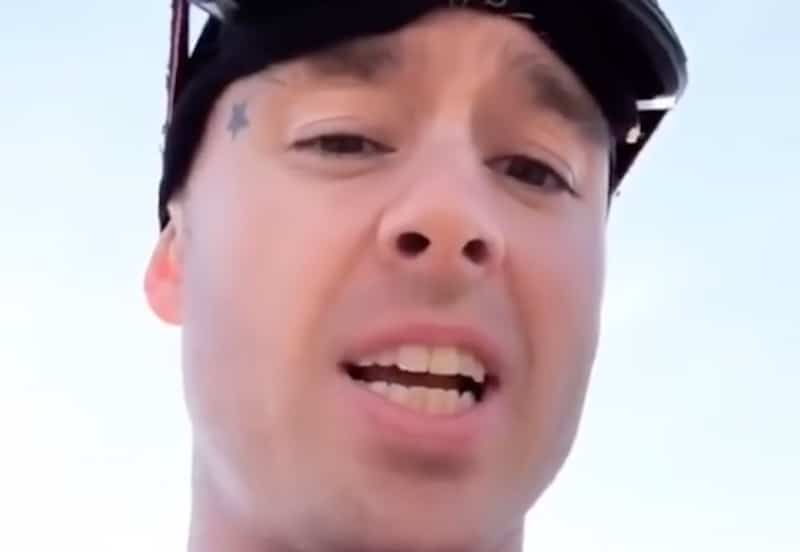 Rapper Jon James McMurray passed away on Saturday after a plane stunt went wrong — now an Instagram Live video has surfaced showing some of his final moments before he died.

The video, filmed in the hours prior to the plane taking off, shows how excited he was to complete the stunt.

In the series of clips, he explains how there was a problem with the plane which had delayed the shoot and explains how he wanted to update his fans so they didn’t think he was dead.

He later reveals his excitement about the stunt, which he had practiced for months.

In the final part of the clip, he tells how his friend Brody had just reminded him to switch on the GoPro cameras they would be wearing during the shoot.

McMurray, from Calgary, Alberta, died while trying to film the stunt for a music video. During the shoot in Vernon, British Columbia he walked along the wing of a Cessna plane while it was in flight, but reportedly went too far out, which caused the small aircraft to go into a downward spiral. He then did not have enough time to open his parachute.

He added in a statement to CNN: “He died filming for a project he had been working on for months. He had trained intensely for this stunt. He filled everyone around him with positivity, and never spoke poorly about another person. He truly had a heart of gold.”

The pilot was able to control the plane and later landed it safely.

Before becoming a rapper, Jon James had been a professional skier, leaving the sport behind after suffering multiple injuries, including a broken back and a shattered heel. As he pointed out in his final videos, he enjoyed the adrenaline-filled lifestyle and footage in his Instagram account showed him skydiving before.

Jon James is survived by his wife, parents, and brother.