She rarely shares anything from her life, as her social media is primarily an ad-sharing engine as she constantly posts ads and deals for her followers.

But that doesn’t mean people aren’t paying attention to when she’s out and about with other people.

Victoria Fuller is keeping her romantic life a secret

While we don’t know the reason for the meeting, a fan captured a photo of them together.

It appears they were sitting alone on a rooftop patio, placing an order. 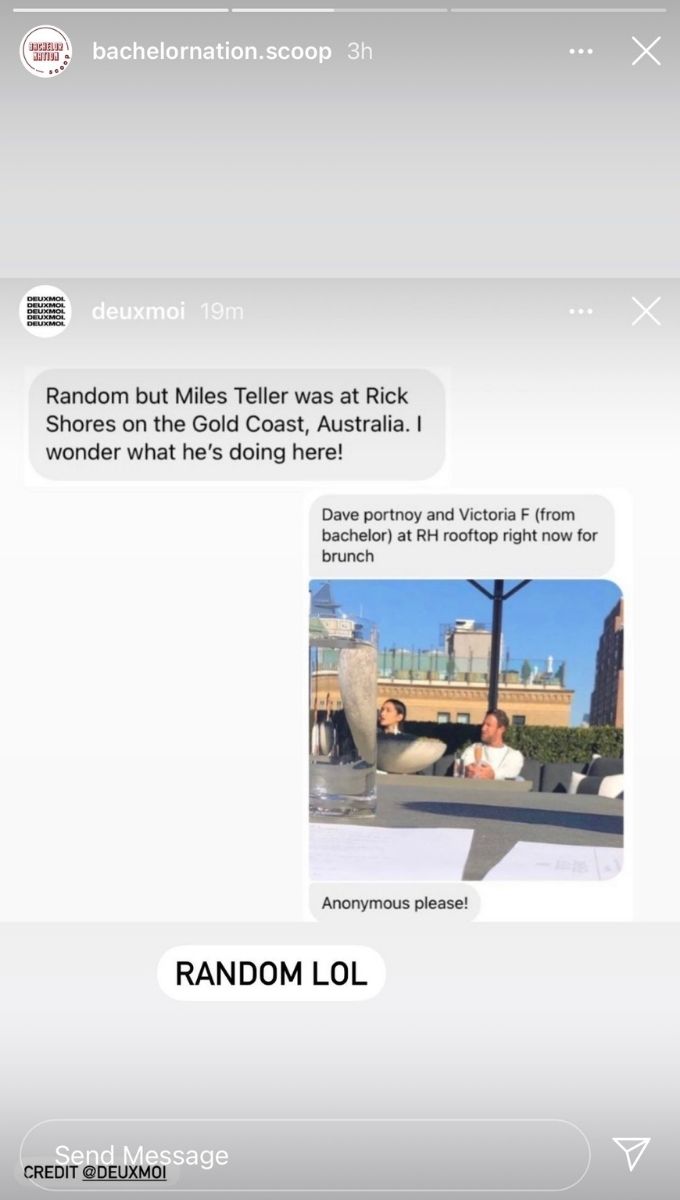 After the photo was shared to fan accounts, it didn’t take long for Victoria herself to share another photo of them.

The fan account reshared her photo to prove that they were not lying about the initial photo. Victoria’s caption was “here we go” and tagged David in the photo. 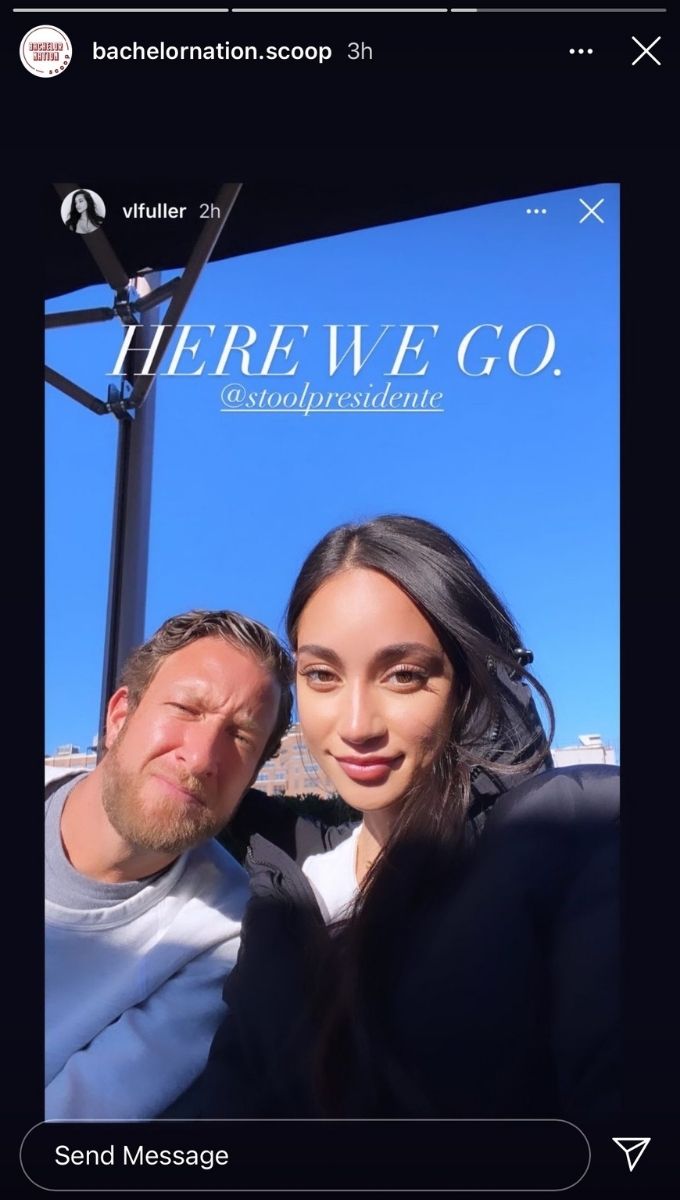 In other words, they were not trying to hide their outing. But whether this is a romantic outing or a business meeting, we don’t know.

Victoria has worked as a model before, so it’s possible that this could be a professional opportunity for her.

Victoria Fuller and Chris Soules could still be working on things

The two of them being spotted together comes just days after Chris Soules spoke out about the relationship for the first time.

He never said anything about the quarantine romance that developed between them. The two met through Kelsey Weier from Peter Weber’s season of The Bachelor,

They called it quits in September. Fans don’t know much about what happened between them, but they surprised everyone as fans thought they were the least likely couple to get together from Bachelor Nation.

Last week, we reported that Chris went on a podcast and revealed that he and Victoria were still working on their relationship.

“She’s a great person,” he explained. “We’re still working on things, and I’m just trying to be a farmer.”

Victoria hasn’t chimed in with what this means but did share that she didn’t see herself as a farmer’s wife at this point in her life.

However, she revealed she wasn’t shutting the door on the romance right now.

The Bachelorette airs Tuesdays at 8/7c on ABC.