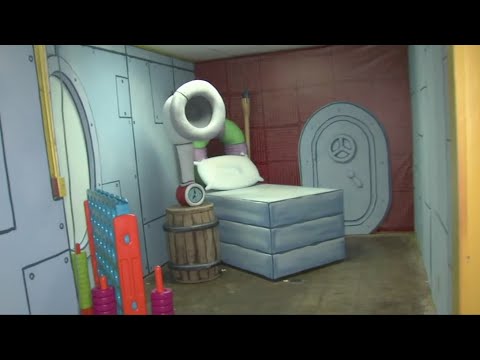 TMZ broke the news of the lawsuit against the Houston upstarts. The Rusty Krab’s accused of infringing on Viacom’s SpongeBob trademarks by using names, images, characters and re-creations from the show. The imitations are staged throughout its restaurant and on its menu, according to the lawsuit.

Going to the restaurant requires purchase of a ticket, with adults forking over $23 and kids $19.99. The ticket page promises photo ops as part of that package.

The Rusty Krab restaurant may have overstepped its mark when it advertised the place as “Houston’s VERY FIRST Spongebob Squarepant-Inspired Pop Up Restaurant and Bar!”