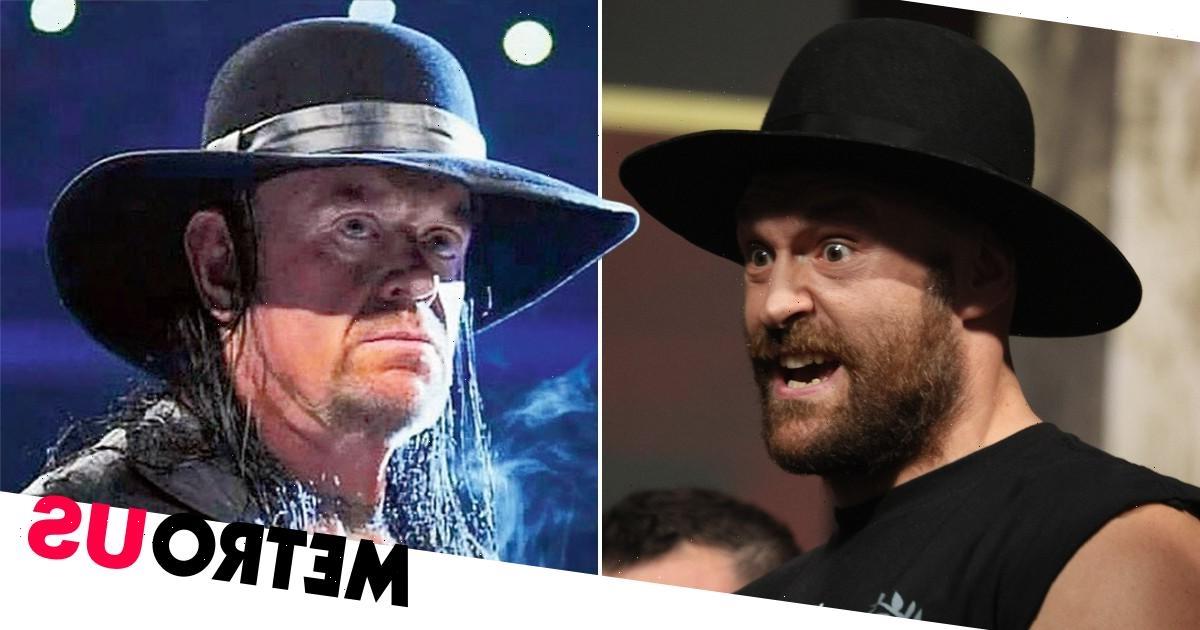 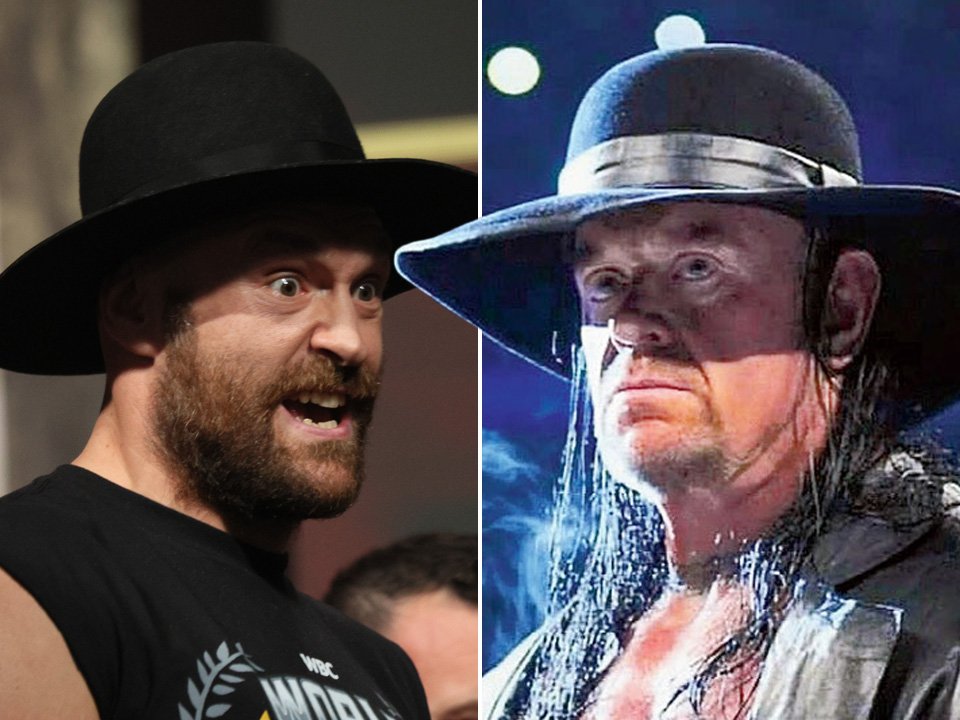 The Undertaker is backing Tyson Fury to beat Deontay Wilder again when they meet for the third time in Las Vegas.

The WWE legend sent a message of support to the Gypsy King, who is no stranger to the wrestling world after beating Braun Strowman in Saudi Arabia two years ago, and urged him to get the job done in Sin City.

He said: ‘I just wanted to reach out and wish you good luck on tomorrow night’s fight. Not that you need it, you’ve already smashed this guy really properly, and I have no doubt that you’re gonna do it again.

‘I just wanted you to know, I’m gonna be watching and I wanna see you drop this guy one more time. You smash this guy and when you’re looking over him, just for me, look over him and say, “Rest In Peace.” ‘

Fury – who channelled the Dead Man with his signature hat for the weigh-in this week – was shown the video and he was quick to respond, asking someone from his team to get a camera on him to film an instant reply.

Goldberg – who will face Bobby Lashley in a No Holds Barred Match at Crown Jewel later this month – wanted to make a cheeky bet with Fury before their respective fights.

He said: ‘I’m training – Bobby Lashley, week and a half, Saudi Arabia. You’ve obviously got Wilder tomorrow night, let’s make a bet. Two for two – you kick his ass, I follow. Let’s go!’

And legendary masked luchador Rey Mysterio also threw his support behind Fury, adding: ‘May God bless you, he will be with you throughout the whole night.

‘Hey, get that dosser man, get that KO, knock him out!’