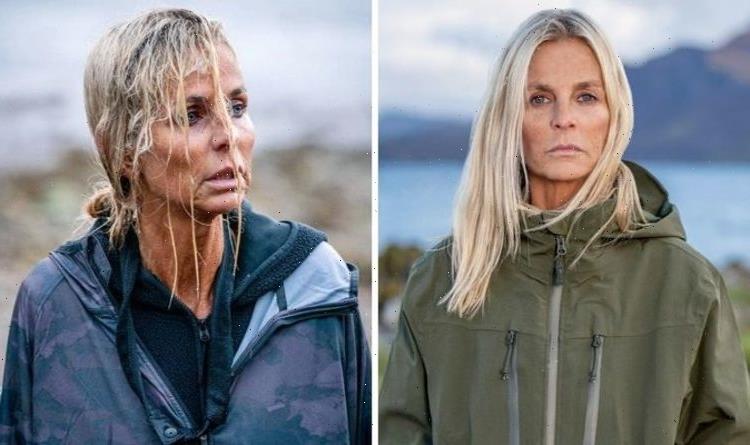 A new group of celebs will be taking on the Scottish Hebrides in the new series of Celebrity SAS: Who Dares Wins. Ahead of the third series’ premiere this Sunday, presenter Ulrika Jonsson has recalled the ‘debilitating’ experience of getting gassed on her very first day of the Channel 4 challenge.

Ulrika Jonsson has shared a detailed description of her experience getting gassed in the first episode of Celebrity SAS.

The Swedish-British presenter and model, 54, joined a group of fellow celebrities to try and overcome the gruelling challenges of the SAS selection.

Speaking to Channel 4 ahead of the show’s release, Jonsson gave a full account of the first day’s tasks.

When it came to getting gassed, she revealed: “I mean, to say that it took my breath away is an understatement.

“I’ve never experienced, obviously, anything like that, that your first intake of breath is like someone pouring acid in your throat, and in your nose and in your eyes.”

She then said of the experience: “It was incredibly debilitating.”

Series three of Celebrity SAS kicks off with a rigorous obstacle course before the team attempt to tackle a hostage situation.

However, she admitted one of the worst parts of the day was the intense build-up to getting gassed.

“I think the worst thing was the anticipation because nobody tells you anything,” she recalled.

Jonsson claimed she may have fared better had she not been given a warning leading up to the event.

She continued: “That’s the best thing in the world because if someone says, ‘this is what’s going to happen’, you will have time to build up fear.

“They start shouting at you and you’re scared, you can’t take in the information. So I was like, I just want to say, ‘Hang on. Sorry, what did you say? What do I have to do?’”

Viewers will have to tune in on Sunday night to find out if Jonsson made a speedy recovery.

She joins the likes of fellow presenters Saira Khan and Ore Oduba for the new series, as well as Alexandra Burke, Kerry Katona and gold medallist James Cracknell.

Although Who Dares Wins has a reputation as one of the toughest reality series on UK television, Jonsson came away from the experience with newfound confidence.

“I just came back from it with a different kind of inner strength,” she explained.

“I’m not a fully changed person and I still have a hangover of all the other insecurities and stuff that I have.

“But it’s so good to have that experience in your back pocket and to refer back to it every so often. When I forget I just look at the tattoo of Raasay under my boob!”

Not everyone will have what it takes to make it through the rest of the challenges, so expect plenty of blood, sweat and tears over the coming weeks.