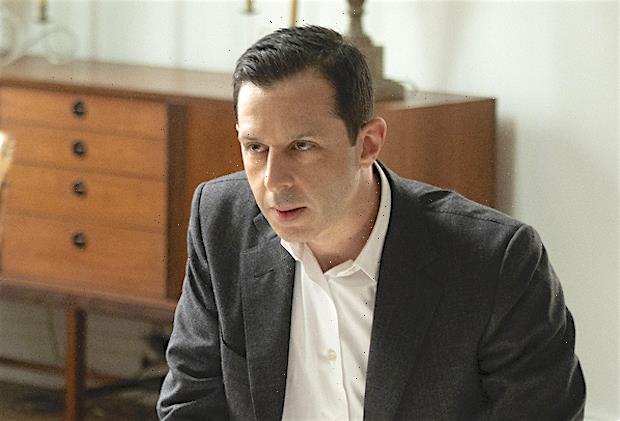 Last week, we here at TVLine nominated 20 of our favorite TV performances from 2021 for our annual Performer of the Year award. It was a stacked field, to be sure, and we truly could’ve gone a number of ways with our final choice. But after surveying the television landscape and debating which actor most deserves this year’s grand prize, we settled on one name: Succession star Jeremy Strong.

Strong’s character Kendall Roy was set up to have a great year: After all, he was poised to take down his domineering father Logan and take control of the family business Waystar Royco once and for all. And in Season 3’s early episodes, Strong had a frantic, overly caffeinated energy as Kendall rattled off his ambitious plans to sink Logan’s legacy with damning documents and boldly lead Waystar into the future. (Strong flashed real comedy chops, too, with Kendall’s utter lack of awareness of how very douchey he sounds sometimes.) But the road got bumpy for him quickly — and the funny thing is, the worse things got for Kendall, the better Strong’s acting got.

In Episode 3, Strong turned a simple walk down a hallway into a devastating display of heartbreak, with Kendall’s confident smile fading into a concerned frown as the full scale of his sister Shiv’s betrayal began to sink in. Episode 7 was a tour de force for Strong, with Kendall throwing himself a lavish birthday party and regressing to childhood by keeping his estranged siblings out of his VIP “treehouse” — but later, he dissolved into tears when he couldn’t find the gift his children made him, and we saw that the man who has everything still doesn’t have nearly enough. Kendall’s desolation was so deep that fans thought he might’ve died leading up to the season finale, but he returned with some of Strong’s best work on the series to date. Kendall hit a breaking point and tearfully confessed to Shiv and Roman about his role in the death of that caterer at Shiv’s wedding in Season 1, with Strong bravely baring his soul, flaws and all.

For three seasons now, Strong has been carefully crafting a portrait of a little boy lost, a man who knows how to play the corporate hero but doesn’t know how to be OK with himself. (A recent New Yorker profile revealed how intense Strong’s acting methods are on set, but we can’t argue with the results.) Succession remains one of the best shows on television in large part because Strong’s central performance is so complex and so fascinating — and that’s why we’re happy to name him TVLine’s Performer of the Year.

Still ahead in TVLine’s 2021 in Review: Quotes of the Year, The Year in ‘Ships, Series Finales, Graded and much more!