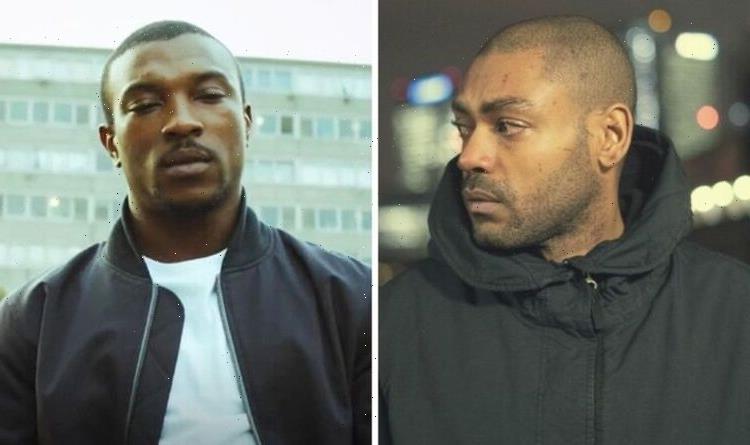 Top Boy: Walters says some of the show is not filmed in Hackney

The wildly popular Channel 4 and Netflix drama has finally returned for its second season on the streaming service and fans are still stunned by the shocking twist at the end of the eight episodes. Although the entire season was written by Top Boy’s creator, Ronan Bennett, Ashley Walters has revealed his co-star Kano also provided some supplementary material.

Dushane Hill star Ashley revealed Kano frequently rewrites dialogue for himself and his co-star on the set of Top Boy.

The actor recalled: “I’ll come in in the morning, into my trailer and someone will knock… ‘Kano would like to see you.’

“And then I have to go and have an hour discussion with this guy about a scene that he’s rewritten, that he won’t show me.”

He added Kano will tell him: “I won’t show what I’ve written, when we get on there, we’ll do it live.”

“So we’ll get into this scene and this guy will just come with a whole monologue, new scene!” the actor continued.

“But, in his defence, some of those moments have been the most iconic scenes and have made me step up my game.

“Some of the speeches he goes on with, and I’m like, ‘First of all this is not in the script,’ you’re looking, I can’t obviously cut the scene right now, but this is not in it.”

Despite the impromptu changes, Ashley did have to admit many of Kano’s ideas have led to some of the show’s best moments.

“But by the end of it, I’m crying. I felt it so much, like ‘Rah this is so deep.’ Do you know what I mean, but those things elevate the show, and that’s what we, more than actors in the show, that’s what we’re bringing to the table, our devotion to these characters and that trickles down to the other actors as well, they see how we are professionally, how we move over the show, how we move on set and everyone kind of takes that on board as well.”

He concluded to Capital XTRA with Robert Bruce: “That’s why I think we get a well-balanced authentic real experience.”

Ashley and Kano returned to Netflix earlier this month for the long-awaited follow-up to the streamer’s revival of the iconic British drama, Top Boy: Summerhouse.

With tensions still high in Summerhouse, Dushane makes plans to grow his empire overseas and extends an offer to his rival, Jamie Tovell (played by Micheal Ward).

The latest instalment threw plenty of challenges their way, and Sully was forced to kill Jamie when he realised he couldn’t be trusted with Dushane’s empire.

Season two of the Netflix revival has proven to be the biggest hit in the show’s run so far following a three-year wait for new episodes.

Now, fans worldwide are eager to know whether the Hackney-based crime drama will return for season five after this year’s shocking cliffhanger.

Top Boy seasons 1-2 and Top Boy: Summerhouse are available to stream on Netflix.