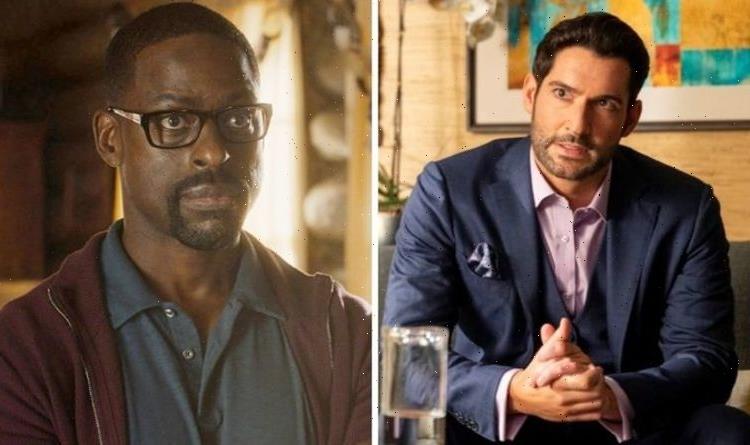 Lucifer: A look at behind the scenes of series six

Netflix’s wildly successful fantasy drama Lucifer came to an end late last year with a thrilling and surprising sixth season. Having already lined up some huge new roles away from the series, Tom confirmed on Instagram he’ll be co-starring with another major TV star for his next project on Hulu.

Lucifer star Tom will collaborate with This Is Us regular Sterling K Brown for Hulu’s adaptation of Esi Edugyan’s Washington Black.

He confirmed the news on his Instagram page after the latest casting update for the hotly anticipated new series.

Tom told his 10.1 million followers: “I am beyond thrilled to be involved in this very unique and special production.

“It’s going to be quite the adventure both on and off screen!!!”

Tom and Sterling will join breakout actor Ernest Kingsley Jr as George Washington “Wash” Black, an 11-year-old who flees his home on a Barbados sugar plantation after a shocking death.

The Lucifer star is set to play a major role as Christopher “Titch” Wilde, a steampunk inventor whose youthful enthusiasm masks a hidden vulnerability.

Deadline reports: “A disturbing death at his family’s sugar plantation catapults Titch on a remarkable journey across the sky with young George Washington Black at his side.

“Titch finds himself thrust into the position of mentor and father figure to Wash — a role he is ill-prepared for because Titch is chasing the shadow of his own father, an inevitable reckoning that threatens to doom him and Wash both.”

Sterling, currently appearing in the sixth and final season of This Is Us, will portray the larger-than-life explorer Medwin Harris.

“[Medwin] traveled the world after a traumatic childhood as a Black refugee in Nova Scotia,” his synopsis reads.

“As the de facto Mayor of Black Halifax prioritises the community over everything except Washington Black, his young protégé.

“Meeting Wash sends him down a challenging path of self-discovery, and as the barricades around his heart start to fall, Medwin will learn to dream again.”

Iola Evans (The 100), Edward Bluemel (A Discovery of Witches) and Sharon Duncan-Brewster (Dune) will round out the supporting cast.

This Is Us star Sterling will executive produce the series through Indian Meadows Productions, with Twilight Zone writer Selwyn Seyfu Hinds set as showrunner.

Lucifer’s lead star has quickly become one of the most bankable TV actors after concluding his five-year tenure as the devilish detective.

Netflix treated fans to two instalments of the Biblical drama last year, the concluding half of season five and a sixth outing to bring Lucifer’s adventures to a close.

Lucifer and his detective partner Chloe Decker (played by Lauren German) were finally given their happy ending as underworld therapists to help lost souls.

His co-stars have already been able to line up exciting new projects as well, with DB Woodside and Lesley-Ann Brandt recently confirming their return to screens soon.

In addition to Washington Black, Tom has just wrapped up filming for a new rom-com starring Gina Rodriguez, Players, which is due on Netflix this year.

Lucifer seasons 4-6 are available to stream on Netflix. Catch up on seasons 1-3 on Amazon Prime Video in the UK.