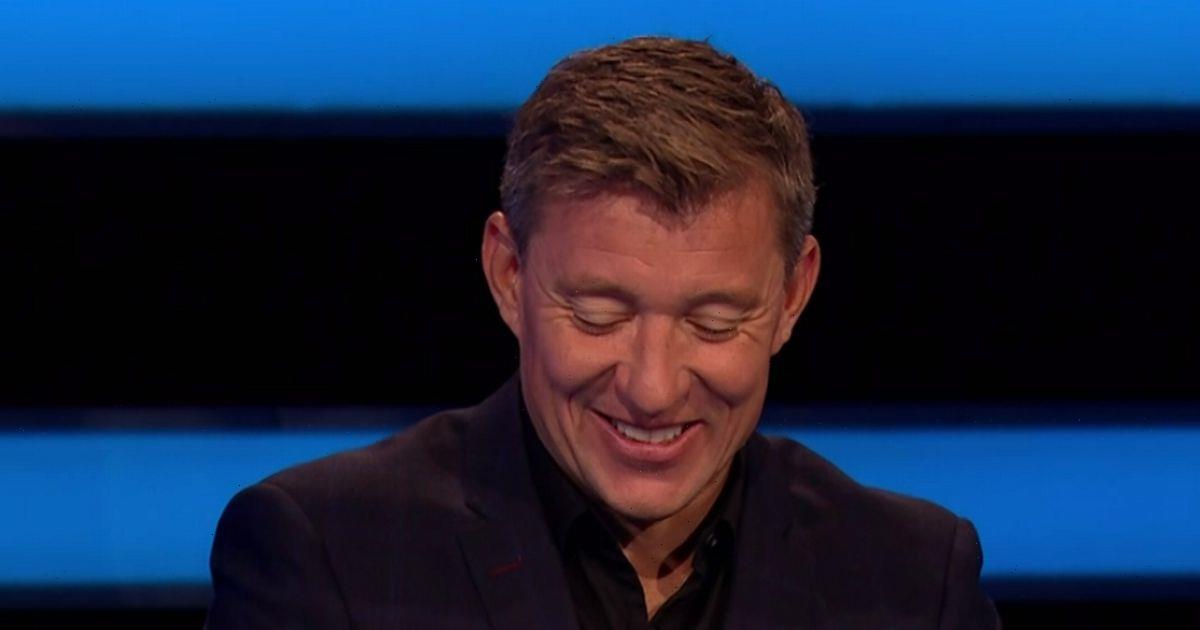 Tipping Point host Ben Shephard struggled to keep a straight face after contestants gave a string of wrong answers on the show.

And fans took to Twitter to share their disdain as they mocked contestants Dom and Linzi too.

Dom, a primary school teacher from Manchester, and marketing manager Linzi from Huddersfield had managed to beat off the competition to make the penultimate round.

But Ben Shephard had to hold back his laughter after the pair both made a series of hilarious blunders as the pressure of the studio lights took hold of them.

When Linzi was asked "in his epic poems, Homer often refers to nectar as the drink of the gods and which other substance as their food?" she was quick to pass the question over to her competitor.

Dom was left to answer, but his response of "doughnuts" left fans of the show scratching their heads.

He had mistaken the epic poet Homer for the beloved dad of The Simpsons, who is known more for his love of Duff beer than nectar.

One fan took to Twitter and called the pair "dumb and dumber" whilst another wrote: "OMG these are the thickest ever."

The answer was in fact Ambrosia.

Fans took to Twitter to mock poor Dom, and were surprised to learn that Linzi revealed she also would have given the same answer if she had been pushed.

One tweeted: "Not sure I've ever seen two more stupid people than are currently on Tipping Point," whilst another added: "There's no sign of intelligent life today."

Another added: "I literally cannot breathe. The Homer gaffe is the funniest thing I've ever witnessed on Tipping Point."

Whilst a fourth tweeted: "Omg he has mixed up Homer the poet with The Simpsons."

This was not the only mix up the pair made in the penultimate round – and having beaten two contestants to reach this stage of the gameshow fans could not believe they were still not able to answer the simple questions.

If the pair mixing up their Homers wasn't bad enough, earlier on they had been asked: "The one dollar coin of New Zealand features an image of which flightless bird."

There were high hopes for the pair but once again Linzi passed the question over to unsuspecting Dom as they become quite the double act.

Once again they both thought of the same answer and Dom decided to "go with [his] gut" despite never having ventured to New Zealand.

The answer was the Kiwi, though Dom had ventured a little further with his answer expecting there to be a penguin on the nation's one dollar coin.

One fan was quick to defend Dom, saying: "New Zealand does have three species of penguin but surely they would have heard of a Kiwi."

Ben was noticeably grinning after the pair blundered their way through the round.

One fan tweeted: "I wonder how Ben Shephard keeps a straight face sometimes, I really do."

Another commented: "Best ever… Kiwi, followed by Homer!"

Eventually, Linzi made it through to the final round and bagged £2,800 despite the hilariously incorrect answers.