On Tuesday, Ben Shephard welcomed four budding quizzers onto Tipping Point in the form of Carol, Glyn, Steph and Luke. However, only one of the ITV quiz show contestants would have a chance to take on the famous machine in the hopes of pocketing the elusive £10,000 jackpot. After seeing off the competition, it was Carol who made it all the way to the end, although her final battle with the machine was far from plain sailing.

“Carol, tell me what was it that made you want to come on Tipping Point?” Ben asked as he welcomed Carol to the final round.

Carol explained that being on a quiz show was on her bucket list, along with “starting to grow old disgracefully” and planning a trip to Colorado, USA.

Keen to fulfil her dreams of jetting off Stateside, Carol got to work planting the jackpot counter in drop zone three.

And she got off to a fabulous start, edging the jackpot counter ever closer to the edge, but as the counters began to dwindle, it looked like Carol’s chance of winning did too. 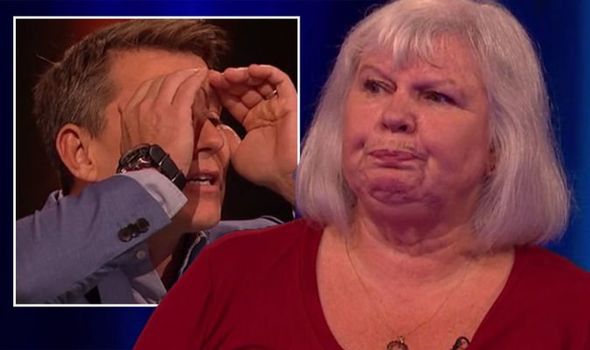 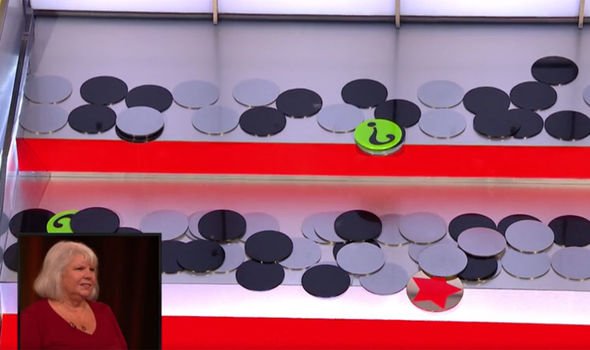 Despite having the jackpot counter teetering on the edge of the drop zone, Carol just could not budge it with her final few counters.

“Look how close it is!” Ben commented as Carol plunged one of her final counters into the machine.

All that was needed was one counter from the top to knock it off but instead, they became stuck on the top shelf, leaving an exasperated Ben in disbelief: “No, no, no, no!”

Willing the counters to drop for Carol, Ben continued: “Now do it! Now it’s a James Bond cliffhanger.” 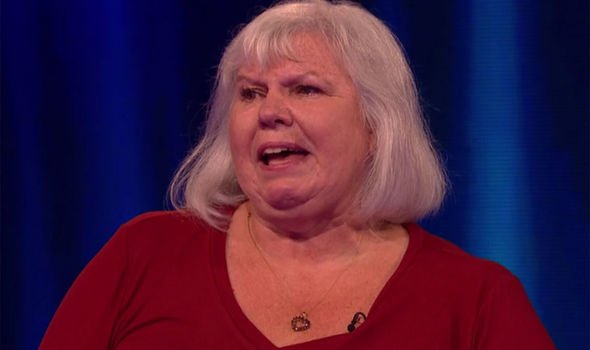 The top shelf counters eventually did drop but on top of the pile below rather than isolated in order to knock them off.

Ben was left with his head in his hands as he said in disbelief: “How did that happen?!”

With one category to go and with the jackpot counter so close to the edge, Carol managed to guess her final question correctly, landing herself three more counters.

But it still didn’t prove enough as, after a few nudges, the jackpot counter clung to the bottom shelf almost defying physics.

DON’T MISS:
‘Sick of it!’ Campbell rages at Hancock and calls for Covid ‘inquiry’
GMB fans in uproar over ‘lefty bias’ as Campbell and Bercow slam Boris
‘I can understand’ Sir Trevor McDonald opens up on toppling statues

“That is so cruel, this is torture,” Carol said as she tried to laugh off the anguish but as ever, her game wasn’t done there.

Ben offered her the chance to trade the money she’d earned for three final counters and give the jackpot counter the nudge it needed.

Luckily for Carol, she took the trade and did eventually knock the jackpot counter off and walked home with £10,000.

Overwhelmed by the victory, Carol soon broke down in tears as she told Ben her dream trip to the USA was on the cards: “I’ll get to do number three on my bucket list and that’s go to Colorado.”

And it wasn’t just Carol who was left in tears as a number of viewers at home were also emotional by her efforts.

A second said on Twitter: “@benshephard Aww, that was a lovely Tipping Point. I had a tear in my eye for Carol there. Such a nice lady

“The machine was a big tease today, how the jackpot counter stayed up until she took the trade was unbelievable #TippingPoint,” a third noted.

“What a game, congratulations Carol, such a great game!! #tippingpoint,” added a fourth, while a fifth commented: “Omg, that has to be one of the tensest most exciting final rounds of #tippingpoint I’ve ever seen. What a lovely lady Carol is and I hope she enjoys her trip #whosecuttingonions.”