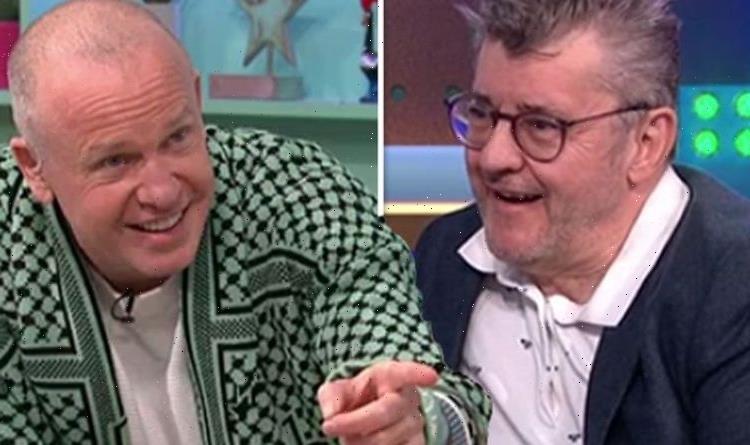 Tim Lovejoy and Simon Rimmer were joined by a host of special guests in the studio this morning including Diversity’s Jordan Banjo, singer Sharleen Spiteri and comedian Joe Pasquale. However, while Simon was cooking up a yummy meatball dish in the kitchen, the guests couldn’t help but comment on Tim’s vibrant cardigan which viewers at home had also picked up on.

After catching Jordan looking at his attire, Tim remarked: “You’ve got your eye on my cardigan!”

“I keep staring at it,” the Diversity star admitted before Tim showcased an unusual feature of the clothing piece.

Tim put his hands in his pockets and revealed the cardigan appeared to have inbuilt mittens. 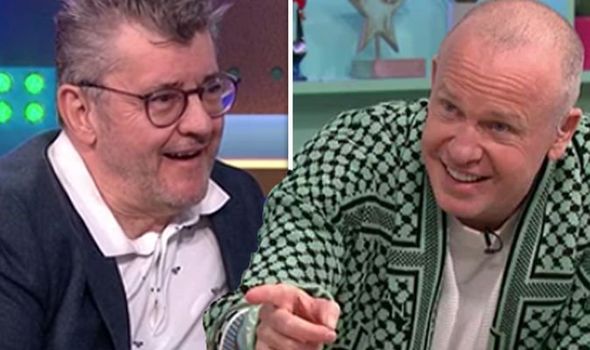 “They’re like the idiot mittens you get when you’re a kid,” Joe quipped.

Channel 4 viewers weren’t too impressed with Tim’s new look and took to Twitter to comment on the item of clothing.

One wrote: “#SundayBrunch ok you’ve won the bet. Now take it off.”

“Dear Tim … What on earth is that cardigan all about #SundayBrunch,” someone else added.

“What is Tim wearing, he’s taken lockdown hard when he is wearing his slouchy clothes on tv #sundaybrunch,” a fifth remarked.

However, some viewers were fans of the new look as one tweeted: “A cardigan with BUILT-IN MITTENS! Need this in my life… @timlovejoy @SundayBrunchC4 #SundayBrunch.”