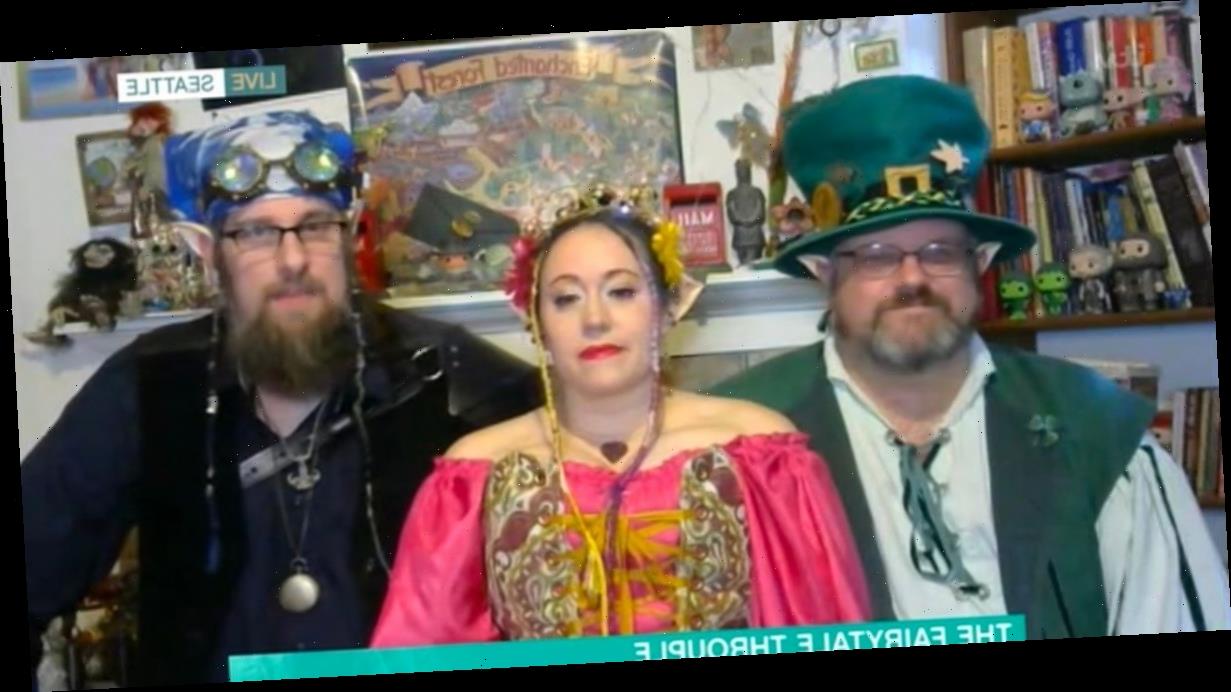 This Morning fans were left lost for words today after a fairy, troll and leprechaun appeared on the show.

The trio from Seattle, America spoke to Holly Willoughby and Phillip Schofield about their three-way relationship.

Appearing in full fairytale-themed costumes, the trio spoke openly about their unusual connection.

Fairy Princess Lolly said: "As a fairy i it is my job to traipse about in the land of the real and spread the fairy news.

"Because of Covid this year we have launched forth via the YouTube portal."

Keeping a stern face, Phillip asked: "When did you discover that you were a fairy?"

Priciness Lolly replied sincerely: "It has been sometime since when I was a youngling."

Turning to her boyfriend Gunter, Phil then asked him the same question – probing as to when he discovered he was a troll.

Making light of the situation, The Cube host playfully teased: "You are six foot nine… is that mountain troll."

The third guest Ion identifies as a leprechaun, though also has a normal job when he is out of costume.

Ion explained that while he is only a leprechaun part-time for now, he hopes that will change in the not too distant future.

Taking to Twitter, one viewer baffled: "The mind boggles #thismorning."

Another teased: "I always wonder how these people who live as fairies, vampires, etc manage to pay the bills, this lot appear to be sending the Leprechaun out to work #thismorning."

A third continued: "Only on #This Morning could they go from a segment about a fairy, troll and leprechaun in a relationship to homeschooling help."

"What the hell is going on? How are Holly and Phill keeping a straight face? #ThisMorning," a fourth added.

Despite living together and being in a three-way romance, the trio claim they never get jealous of each other.

"We do a lot of what we are doing as a family in everyday life in general.

"I think the biggest thing is that we do have that time. Communication is the problem solver."