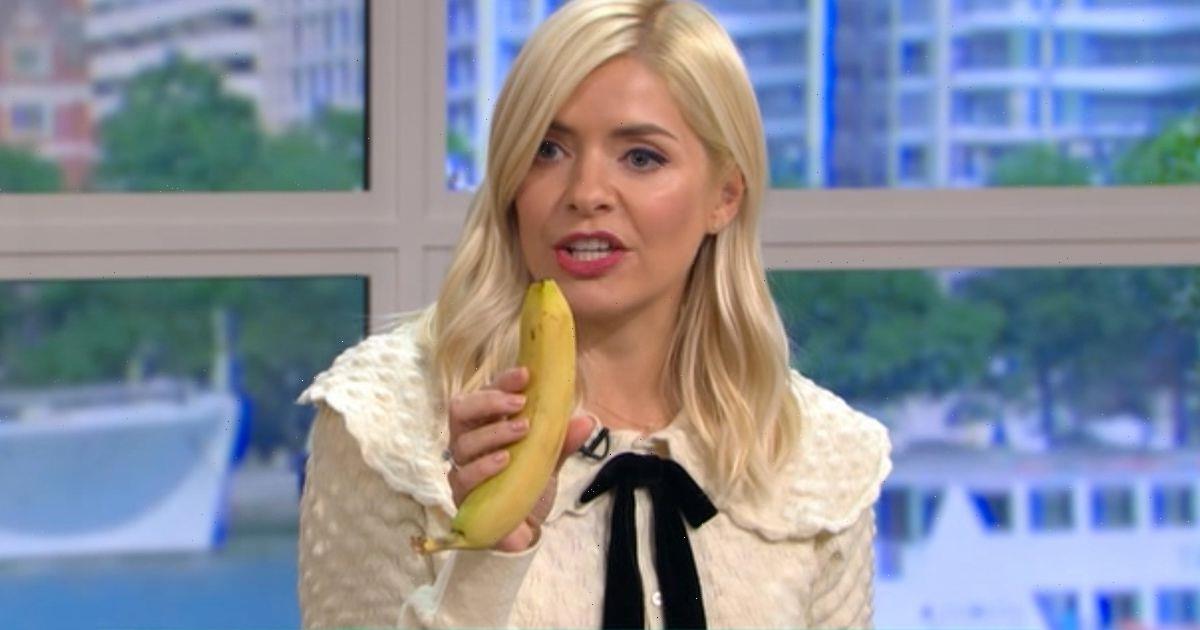 This Morning got into the football spirit on Friday ahead of an epic final showdown in Euros 2020 as England take on Italy at Wembley stadium.

The hit ITV programme decorated the studio with England flags to cheer on Gareth Southgate's boys ahead of the match.

Waving their own flags, hosts Holly Willoughby and Phillip Schofield explained they had a novel way to predict the result… via a psychic banana.

Previously explaining how it works, Holly said: "If you haven't seen the psychic banana before, we ask it a yes or no question and then we cut the end off and if it's got a little 'y' in it for yes, it's yes, and a dot means no."

Turning to Phil, Holly said during Friday's show: "I feel a serious amount of pressure for the banana.

"This banana better not let us down. Even if it lies. I just want it to say England."

Laughing, Phil replied: "What happens if it is a no?"

Looking serious, Holly playfully added dramatically: "I eat it and we never discuss it again."

With the knife in her hand, Holly said: "The question is, 'will England win the Euros?"

After slowly cutting the end of the banana, the mum-of-three beamed with glee at a "yes" result.

Squealing in excitement, Holly continued: "It is the biggest yes and i've been doing this since I was at school.

Throughout the tournament, the banana has managed to correctly predict the outcome of each England.

"They don't get more yes shaped than that in the banana world, let me tell you. It's coming home," Holly beamed.

England V Italy kicks off at 8pm on Sunday