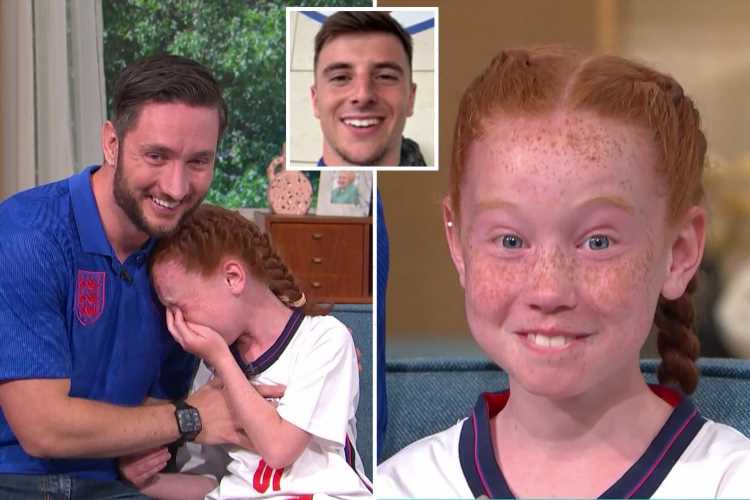 THIS Morning viewers cried today as Belle McNally, the young footballer who was given Mason Mount's England shirt, broke down in tears after he sent her a personal message.

The youngster, 10, became a viral sensation after the Three Lions star handed her his top after the 2-1 victory over Denmark on Wednesday. 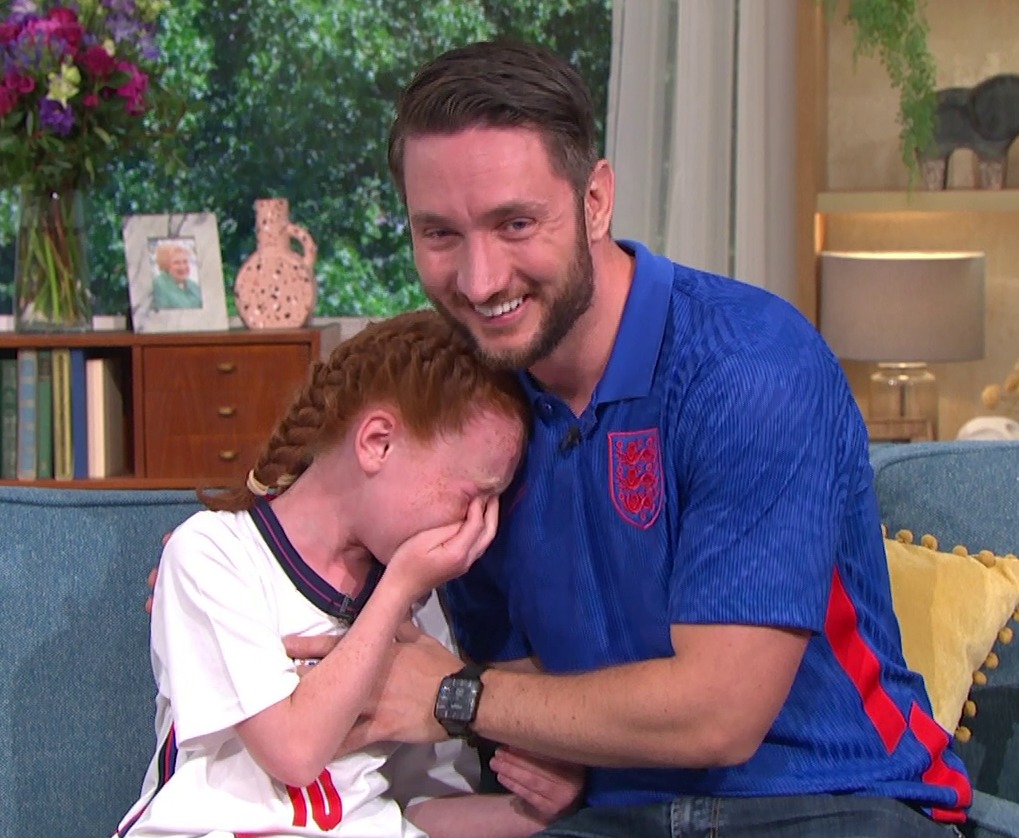 And there more tears today when This Morning hosts Holly Willoughby and Phillip Schofield surprised her with a video message from Mason.

He told her: "Hi Belle, it's Mason here. I just wanted to do this message to you and say how special your reaction was after the game when I gave you my shirt.

"Obviously we won the game and that was a big achievement but that really topped it off for me and made it a special night to me. Thanks for all your support."

Overwhelmed by the moment she started crying with joy, burying her face in her dad's arm. 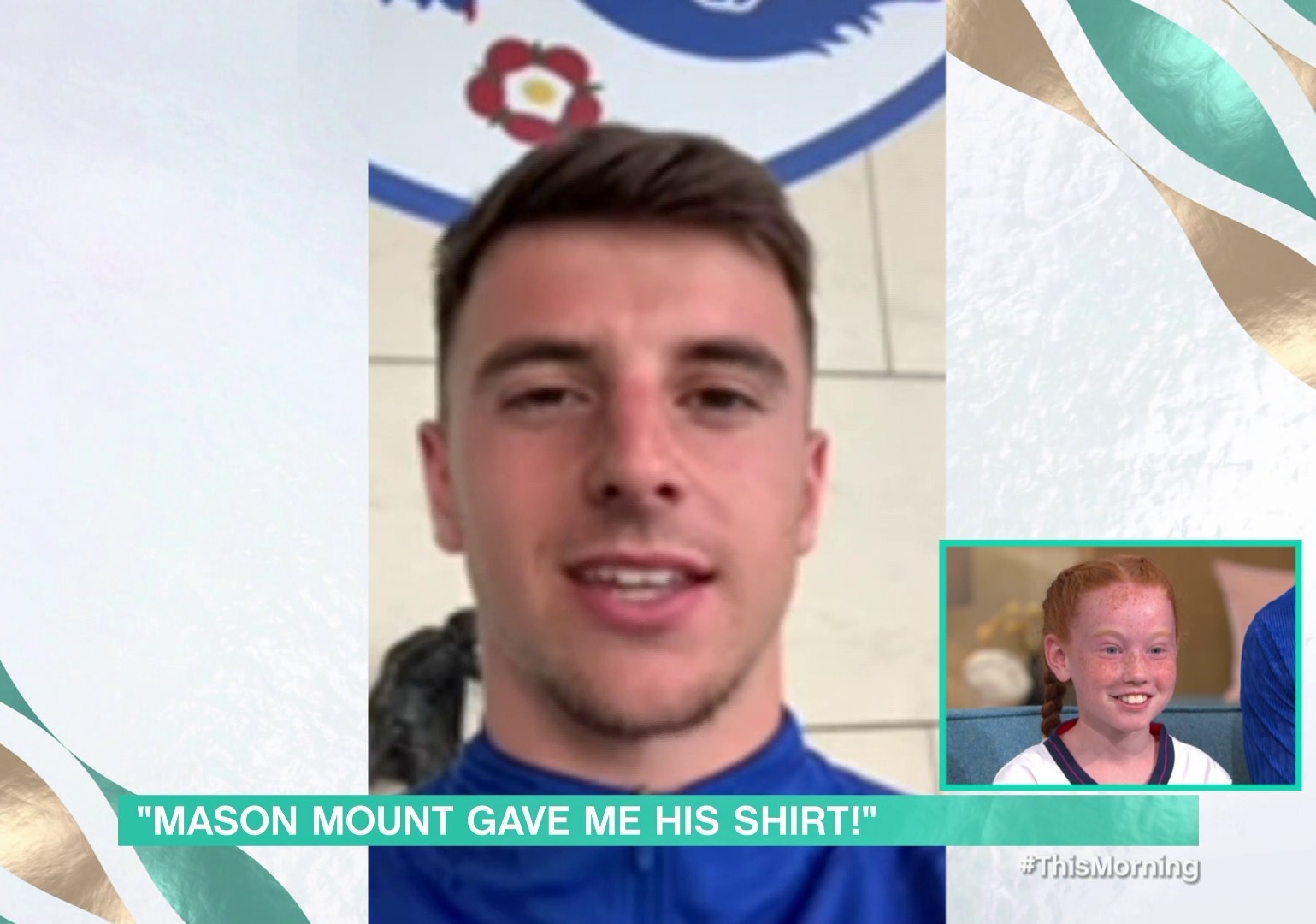 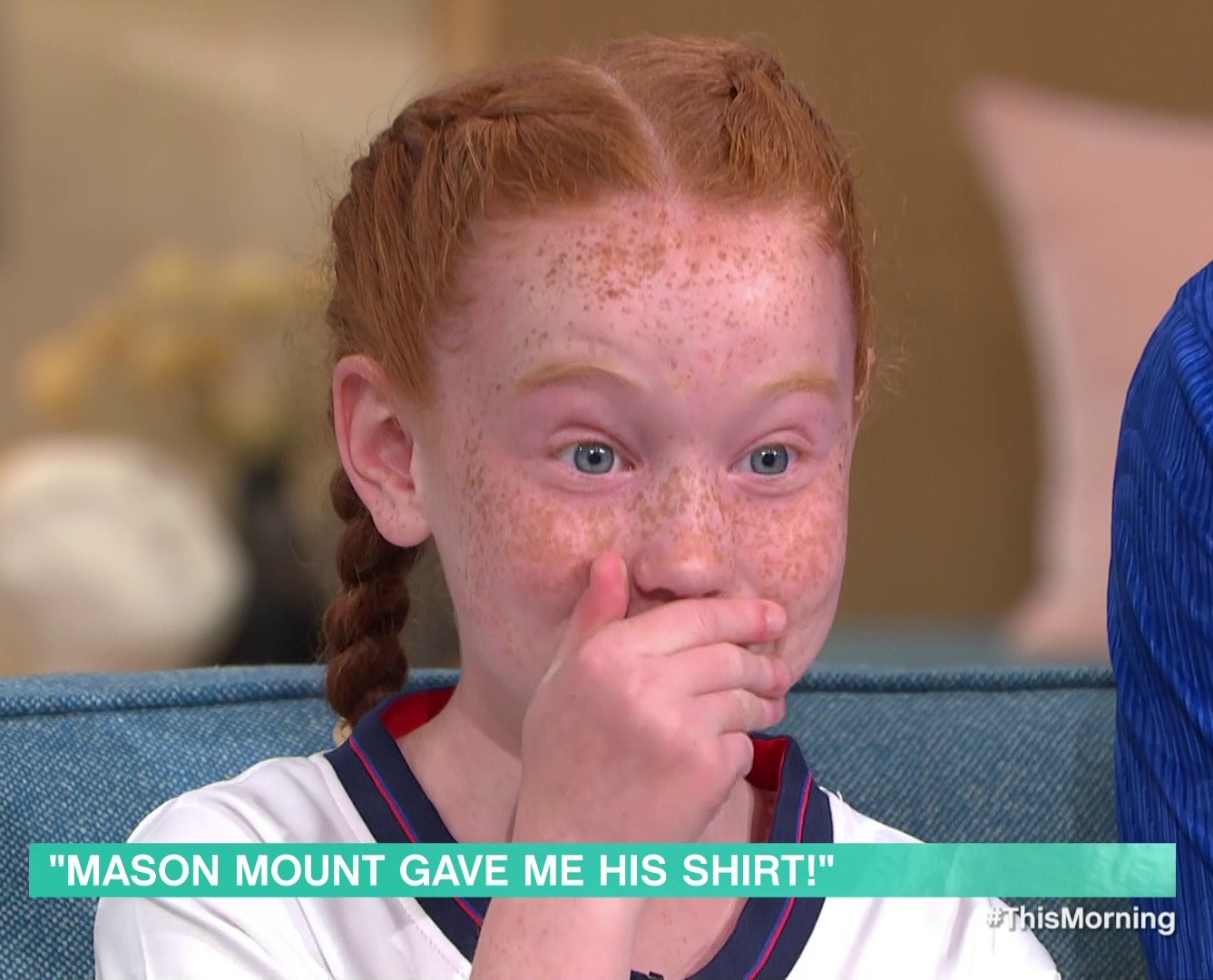 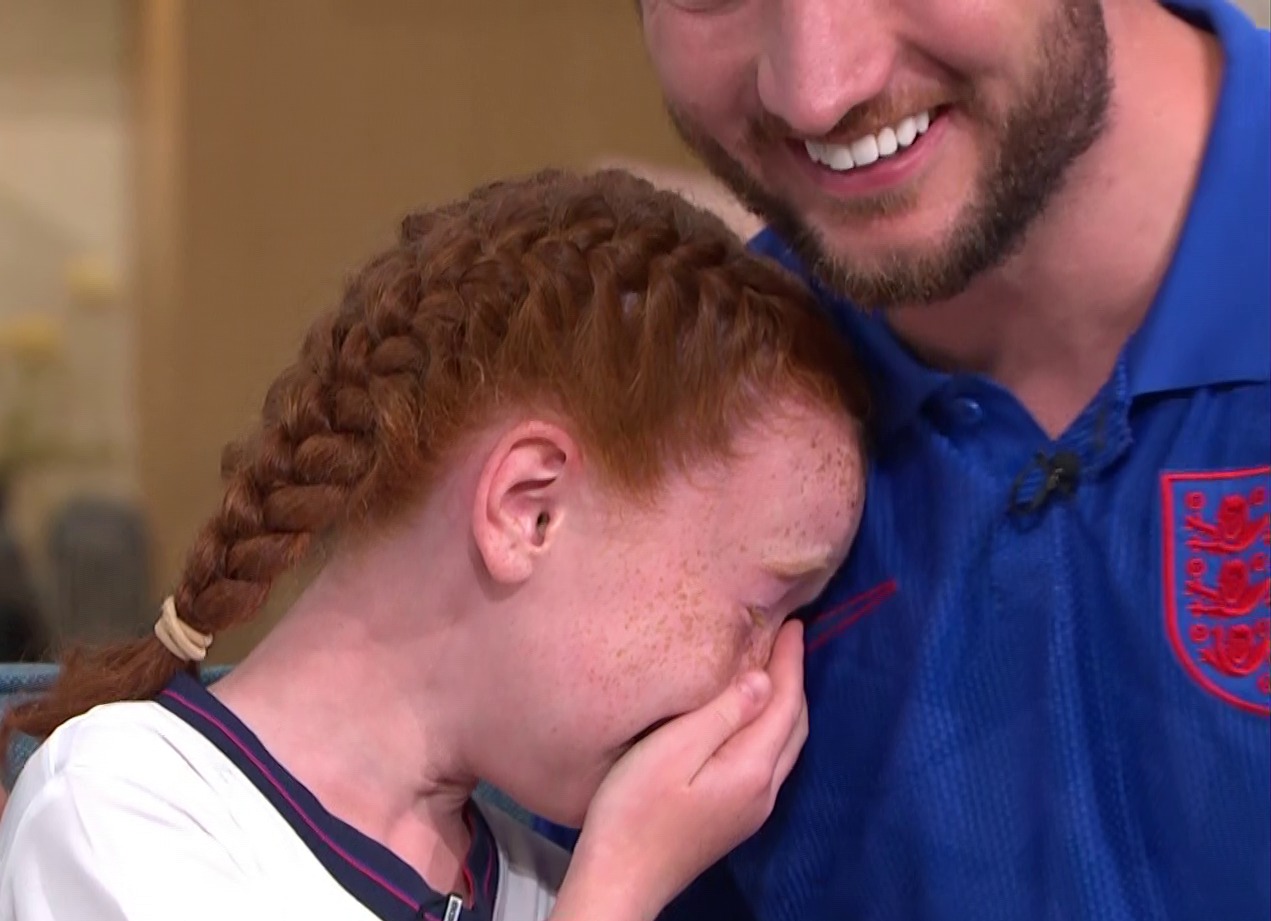 Holly told her: "Oh darling. It is so special isn't it? Because they are heroes, heroes to so many kids like Belle, inspiring you.

"Oh sweetheart. Those are happy tears, aren't they?" – to which Belle nodded and said: "Yeah."

One viewer tweeted to tell her: "Belle, you're not the only one crying now sweetie." 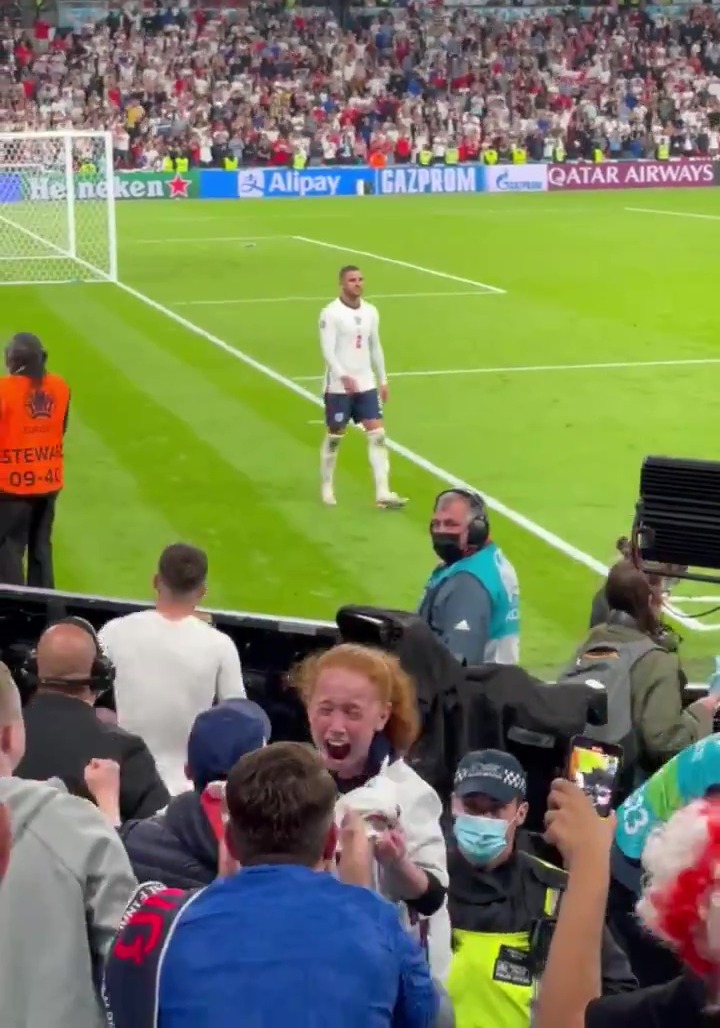 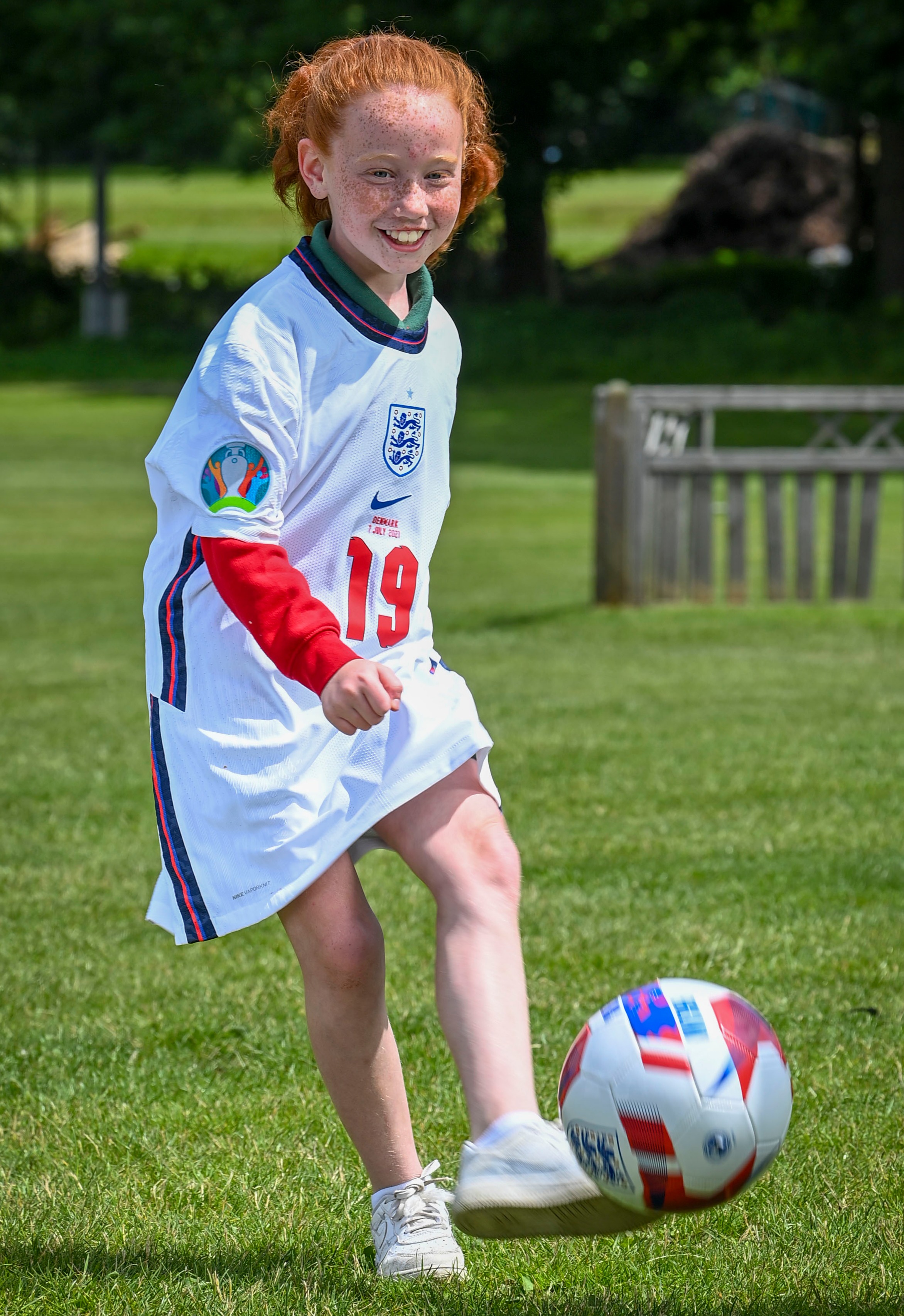 Another wrote: "Omg belle literally has my heart ❤."

In heart-warming video footage from the Euro 2020 semi-final thriller, Belle is seen sobbing with happiness as Mount jumps the security barriers to personally give her his shirt.

The Chelsea star, 22, is then seen walking away before looking back at Belle with a cheeky smile.

Schoolgirl Belle, who is Mason Mount-mad despite being an Arsenal fan, said: “It was the best night of my life. It was so crazy when he gave me the shirt that I started crying and my leg wouldn’t stop shaking."