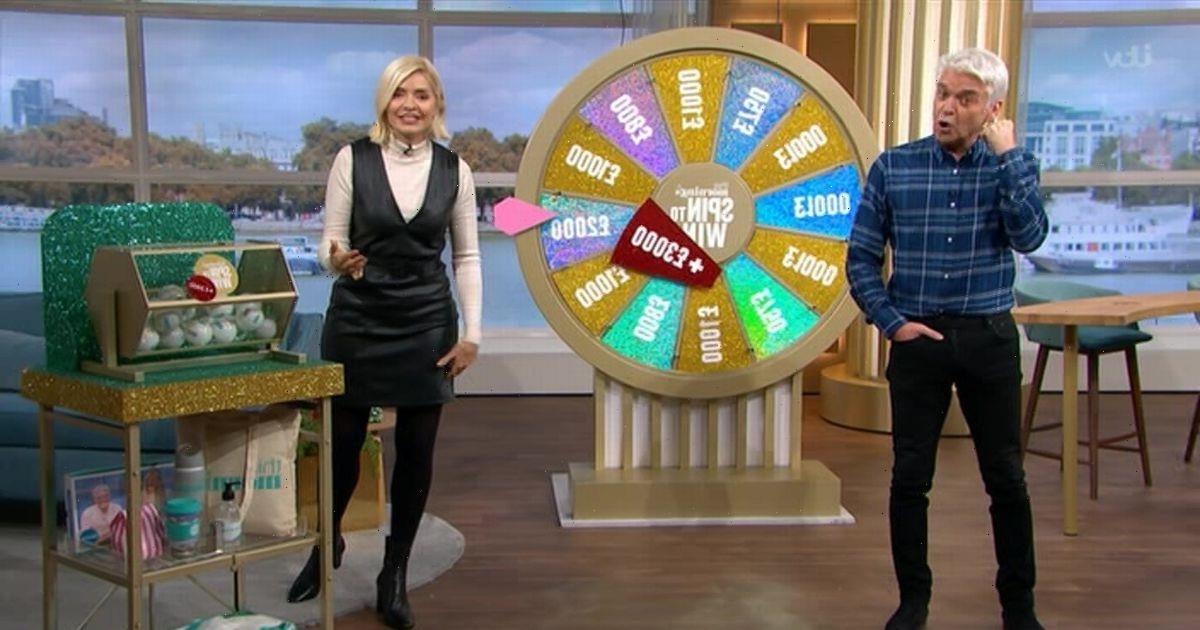 This Morning turned awkward for hosts Holly Willoughby and Phillip Schofield when one caller gave the wrong passphrase for Spin To Win.

The Spin To Win jackpot was set to be over £3750 due to a roll over from yesterday's show, when no callers answered the phone.

Sadly, when John answered the phone he said "ay caramba" which was not Thursday's correct passphrase.

Holly and Phil were shocked to lose out on the contestant, when they'd come so close.

Feeling sorry for John, Holly said: "Oh my God, we’re going to have to move along."

However, disgruntled fans on Twitter were not as sympathetic to the unlicky caller.

One fan wrote: "That's so poor! … That poor guy said the wrong pass code! Clearly double checked it and it had changed to the next go."

Another fumed: "Is this a wind up easiest game to play and its always chaos how people can't understand a single rule #ThisMorning."

A third social media user wrote: "Wrong passphrase and said with as little enthusiasm as possible."

One more tweeted: "Who are these people who enter spin to win and DONT ANSWER?? They honestly shouldn’t be allowed to vote."

Phil and Holly started to sweat after two missed callers, and began to worry that the prize money may have to roll over again, but this time until Monday.

Luckily, on the next call, Kelly answered with the correct passphrase, "Yabadabadoo."

After Phil and Holly celebrated Kelly went on to win £4000.

She now plans to spend the money on Christmas presents for her family, including her three children.

This Morning airs on weekdays at 10am on ITV and the ITVHub.