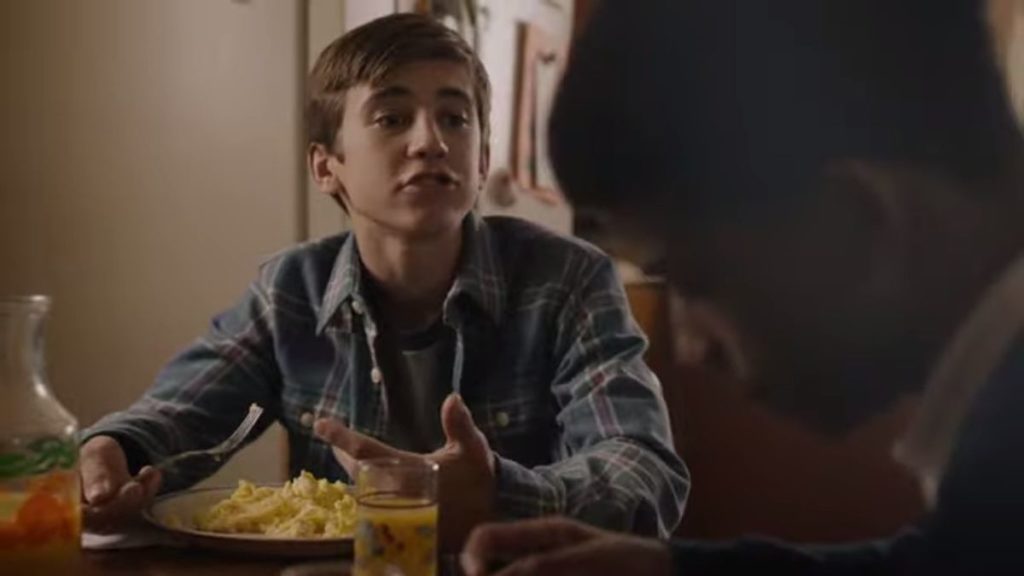 A trio of This Is Us previews have been released ahead of the hot drama that will air tonight.

These spoiler videos give a bit of insight into Tuesday’s show called, Honestly.

During their talk, the big guy shows he’s worried about the adoption process at this stage and even beyond.

He insists that Kate realizes the peril of picking a birthmother who isn’t all in with them being the parents until the process is actually finalized. This bit occurs after the baby is born.

Kate assures her husband that she knows all this. She also lets him know that she will be the only person allowed to go with Ellie to the OBGYN to see how she is progressing.

After that, Toby gets silly, probably in an attempt to avoid any real talk. However, he stops kidding around when he hears that Kate has decided on a name for their adopted baby girl.

For more details, watch the This Is Us spoiler clip below.

Young Kevin chows down on This Is Us

Meanwhile, the second This Is Us clip for Honestly hones in on the past when Jack was still alive, and when his kids were in their early teens.

The Pearson family’s growing children are chowing down, with young Kevin really packing in the protein. As he eats a huge plate of scrambled eggs, he quotes his coach who has said everyone should eat 50 eggs a week.

Jack (Milo Ventimiglia) asserts that nobody can eat that many eggs, using a quote from Cool Hand Luke to prove his point that The Big Three simply do not understand.

He calls the vintage film, “one of the greatest movies of all time,” and then he points to the kids, saying, “Tough room.”

At that point, Rebecca (Mandy Moore) shows concern for her son who she feels is doing far too much to become the level of athlete he wants to be.

Randall gives Kevin an idea for a learning aid concerning his football playbook. Kevin says he’s cool with the concept but then changes his mind and balks at his brother’s idea.

Malik shadows Randall on This Is Us

In the short video, Randall (Sterling K. Brown) gets ready to go to work with Malik (Asante Blackk) in tow.

Meanwhile, his three girls are at the breakfast table discussing various situations while Beth (Susan Kelechi Watson) is discreetly running the whole scene.

The third spoiler clip from This Is Us for Season 5, Episode 4 can be watched here.

Such is life on This Is Us.

This Is Us airs Tuesdays at 9/8c on NBC.