Breaking News
Katie Price to visit her terminally ill mum after over 10 weeks of lockdown
Celebs who are getting slammed on social media during the protests
Which 'How I Met Your Mother' Star Made the Most Money From the Show?
Rick and Morty season 5: Will Evil Morty return for Rick and Morty season 5?
Skip to content

Sometimes the internal dramas of dramatic TV shows are more interesting than the show’s plot lines, even if Grey’s Anatomy happened to have both. The show continues to evolve and create compelling characters thanks to Shonda Rhimes‘ astute ability to tap into the human psyche.

While many characters have come and gone, some of the departures didn’t always happen amicably. In some cases, the characters almost intersected with real life and the actor.

Being fired from a show is sometimes a relative term in a time when everyone wants to say they quit first. Take a minute to see which departures from Grey’s have been the most dramatic over the years. There’s probably at least one you’ve forgotten about during the show’s 16-year run. 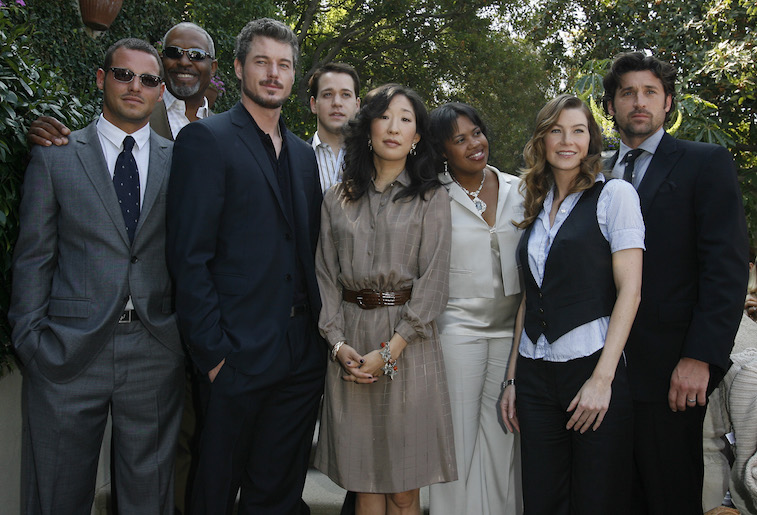 The double reality of Katherine Heigl

If you have to search out one of the most dramatic departures from Grey’s, this might be No. 1 on fan lists. One reason the departure of Katherine Heigl was so bizarre was because her character (Dr. Izzie Stevens) almost became like herself in many ways.

While many might argue the above the contrary, Heigl’s firing came about when she criticized the Izzie character for essentially jumping the shark. In many ways, she was right that the romances she was having on the show didn’t really add up. Plus, her character became unlikable due to character flaws coming out of nowhere. Heigl thought the writing team had failed her, hence her taking her own name out of consideration for an Emmy in 2008.

Outside of apologizing to the creative team for her public comments, Heigl left the show not long after. Whether you can say she was fired or she left under her own volition is something never made completely official. Considering Shonda Rhimes has always said she doesn’t put up with nasty people, it’s safe to say it was probably an offhanded firing.

Remember actor Isaiah Washington (Dr. Preston Burke) and his ruckus on the set of Grey’s by calling out a gay actor on the show with an offensive epithet? This goes back more than a dozen years, which is an eternity in TV time.

This story made major headlines back in 2007, just a year before the Heigl fiasco. At the time, Grey’s was riding high in the ratings with their original cast. Washington was basically let go from the show by ABC executives who found his comment abhorrent.

Shonda Rhimes was more forgiving and allowed Washington to come back to the show briefly in 2014 (controversially) because she thought people can change over time. Not that the incident hurt Washington any since he’s been very busy in movies and TV for the last dozen years.

The mysterious drama between Patrick Dempsey and Shonda Rhimes

Every Grey’s fan felt the repercussions of Dr. Derek Shepherd’s death, played by Patrick Dempsey. As arguably the single most popular character on the show at the time, fans were in an uproar when Rhimes decided to kill his character off without any chance for flashbacks or alternate reality scenarios.

Rumors were Dempsey and Rhimes didn’t get along well (not including some supposed on-set issues), something never really elaborated upon as to the details. As a result, this dramatic firing still has some unresolved things behind it, even if it didn’t hurt the show. Fans still tried to petition in getting Dempsey back on.

Maybe he’ll return in some form eventually, but likely not as a ghost.

Because Washington apparently outed T.R. Knight as gay, it forced latter actor to have to confront what the repercussions were at the time in coming out. Shonda Rhimes wasn’t happy about having to make Knight’s Dr. George O’Malley suddenly come out as gay on the show.

On top of it, Knight wasn’t pleased about his lack of screen time, an issue we see as a recurring problem with other actors on the show. Because of these conflicts, Knight left willingly rather than being fired.

He and Rhimes stayed on good terms, and she hired Knight in one of her other show creations. Regardless, the show’s creator isn’t always so generous in bringing back actors who reflected the worst sides of their own characters.