Considering that the The X Factor judges have to sit next to each other week in and week out for several weeks, you’d think that they’d try to stay on friendly terms.

But this year’s panel have shown that they’re not afraid to throw some shade, with Robbie Williams managing to insult his fellow judge Louis Tomlinson by making a dig about Louis’s band One Direction.

Of course, Robbie’s jab at Louis only came after he’d suffered a dig of his own from wife Ayda Williams, so maybe this is just the new normal for the panel. 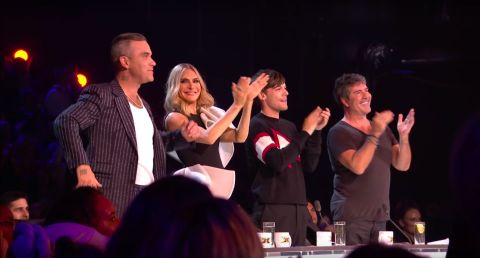 The tension began after one of Robbie’s acts, newly-named boyband United Vibe, performed ‘Slow Hands’ – a song by another fellow 1D member, Niall Horan – and Simon and Louis agreed that the whole thing looked a tiny bit too staged.

“It’s lovely, but I just want to see you loving each other a bit more,” Louis explained.

Ayda, meanwhile, disagreed and praised the group, adding: “You guys just got together. I thought that was a great song choice and you know what, you guys get on really well which is important.

“The worst thing in a group is when one person thinks they’re better than everybody else.”

Dig one at Robbie, there.

But Robbie clearly decided that he wasn’t going to be the only one suffering a put-down from the panel, as he then suggested that United Vibe is doing a lot better than One Direction were at a similar point in the competition.

“I feel like a proud dad,” Robbie said. “In the early days of Take That when we’d been together for a month or six weeks, however long it is that you’re together now, you are leaps and bounds beyond us.

“And also you’re leaps and bounds beyond One Direction at this point.”

It’s safe to say Louis wasn’t too pleased with that one – even if Simon himself was a bit more amused. 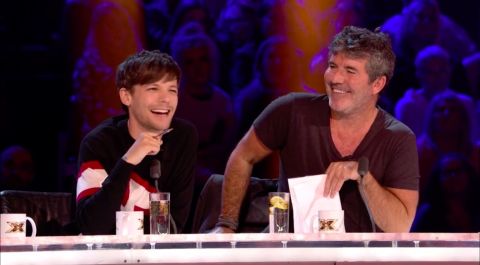 Fortunately for Louis, though, all the One Direction fans watching at home were quick to defend the band:

Thankfully Louis has shown that he’s more than capable of standing up for himself, as earlier in the show he shut down Simon Cowell for criticising Louis’s act Brendan Murray.

When Simon called Brendan’s performance “boring”, Louis was quick to tell Simon to “pipe down for a minute” and “shut up”.

If all this shade is being thrown in the first live show, we can’t wait to see how things will stand closer to the final…