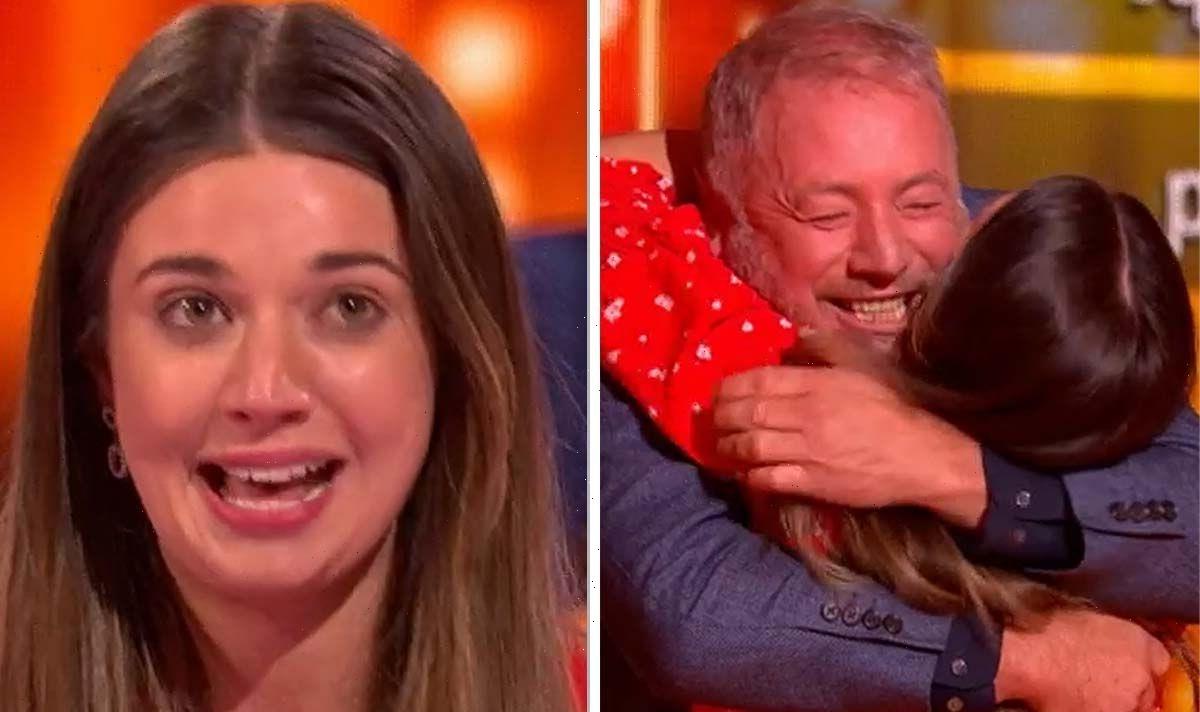 The Wheel viewers were treated to an emotional rollercoaster on Saturday night as a cancer nurse walked away with £82,000. With the help of ex-footballer Ally McCoist, she was able to scoop the huge prize money on BBC One. After the win, fans of the Michael McIntyre quiz show heaped praise on the contestant for her heartwarming story.

Helen from Scotland enlisted the help of the former footballer after he finished as the worst performing celebrity on the quiz show.

The contestant appeared in the middle of the wheel after previously not being asked a single question.

Bravely, she opted to double the money in the pot and was posed with answering a history question.

Michael asked: “The ancient city of Troy, the site of the legendary Trojan War, is located in which modern day country?”

The four possible answers were Egypt, Greece, Iraq or Turkey and during a tense 30 seconds Helen said she was veering towards Egypt.

Helen then locked in Turkey but admitted: “I have no idea” and “I can’t handle this” as she waited for the answer to be revealed.

To rapturous applause and relief from the studio and celebrity guests, the correct answer of Turkey was displayed.

Michael asked her how she felt and the emotional winner replied: “It’s been such a tough couple of years.

“My sister is a doctor as well and working through Covid, the both of us, not being able to see my parents then losing my gran, to be able to finally have a break and celebrate.”

Wiping away the tears she continued: “Just celebrate my gran the way she deserves to be celebrated, just, thank you so much.”

Viewers of the show flocked to social media to express their joy at the result, with @Nobes72 tweeting: “Omg Im getting worse!…now I’m sobbing at #TheWheel.”

@Dadyougeek wrote: “So good watching Helen the nurse from Edinburgh win £82k on #TheWheel lovely story behind what she is gonna do with it as well.”

@RevJodyStowell added: “I bloody love #TheWheel. A game show where without exception All the celebs are weeping at the end of it when the person wins.”

@paulmoors1 penned: “Just watched #thewheel for the first time ever! Really enjoyed it and the contestant won £82k without getting a question right.Top man Ally McCoist!”

GottaBakeWho asked: “Who else cries at quiz programmes?”

@1miketaylor remarked: “Crying my eyes out, a great winner who wanted the cash for a wonderful reason. Enjoy your break Helen.”

During the uplifting end of the episode, TalkSport presenter Ally punched the air and hugged his winning partner.

The ecstatic contestant offered: “I’ll take you for a pint”, to which the ex-Rangers man replied: “That’ll do for me!”

At the end of the momentous episode, Michael confirmed she was also the only person in the show’s brief history to arrive at the end, answer one question and take home the most amount of money possible.