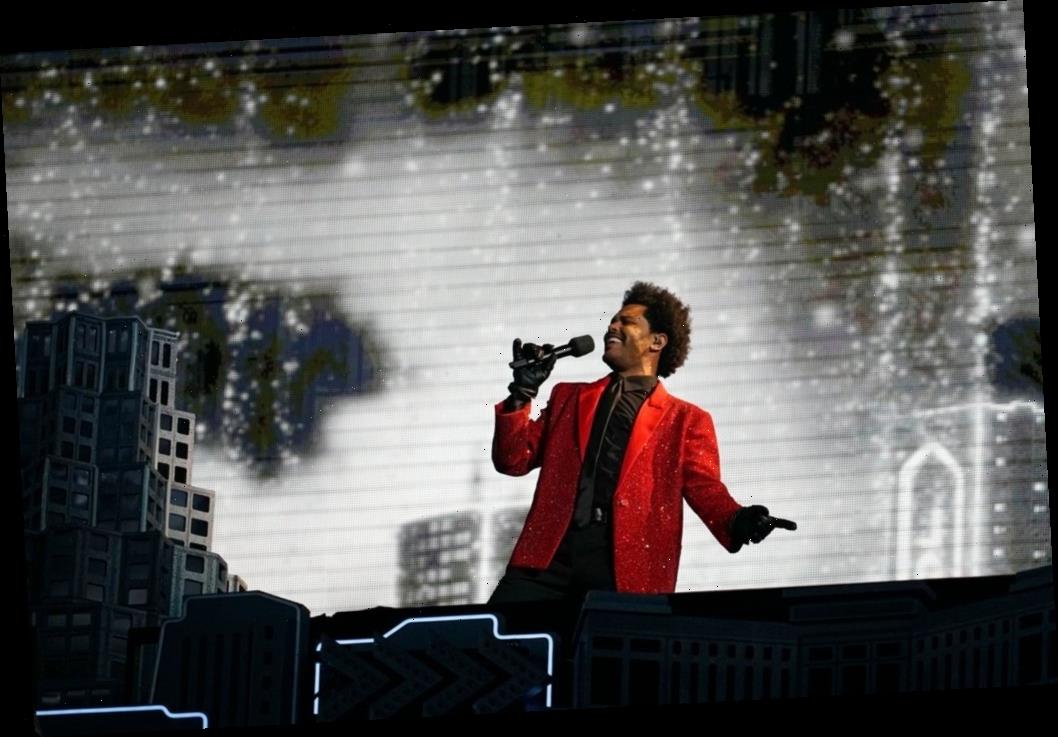 Roaring out of a Super Bowl LV first half today that saw the Tampa Bay Buccaneers and quarterback Tom Brady battering favorites the Kansas City Chiefs 21-6, The Weeknd’s halftime show had a lot riding on it for the NFL, CBS and an America trampled and exhausted by the ongoing coronavirus pandemic and a year of political and social unrest.

The gold standard of Super Bowl halftime shows is, of course, the spell binding performance by Prince back in 2007. Under scrutiny earlier this week and facing the biggest audience of his career now or likely ever, The Weeknd made a calculated side move and praised the late great Purple One, He then said that his favorite halftime show was Diana Ross and the show that the Motown superstar put on in 1996 at Arizona’s Sun Devil Stadium, helicopter enhanced exit and all.

That indirect legacy showed tonight, as Canadian swooped in to take America’s great sports spectacle up a notch or two on the first Sunday of the second month of 2021.

Coming off the distinctly Latina dazzle that was Jennifer Lopez and Shakira’s successful halftime stint last year in Miami, the Jessie Collins, NFL, Jay-Z and Roc Nation produced and Hamish Hamilton directed shindig decided to blow your mind technically and with a ton of neon, if you were an enthusiast of The Weekend’s decade of hits or not.

Before tonight’s performance, the singer born Abel Makkonen Tesfaye looked sucker punched and set up to fail or certainly pale in comparison to the whitebreadapalooza of Miley Cyrus’ pre-game Tailgate show (with guests Billy Idol and Joan Jett). A soaring rendition of “America the Beautiful” by H.E.R. and inaugural poet Amanda Gorman honoring pandemic frontline workers looked like a bar too high for anyone in or out of the Rock’n’Roll Hall of Fame to leap.

So The Weeknd pivoted.

In front of a masked and socially distanced crowd of 25,000 living and breathing fans, including 7,500 vaccinated health care workers, and 30,000 life size cut-outs at Tampa Bay’s 70,000 capacity Raymond James Stadium, the 13-minute Pepsi sponsored show from the savvy singer tore through his greatest hits like a post-modern R&B legend in the making. Musically, starting out with 2015 “The Hills” to “Can’t Feel My Face,” “I Feel It Coming”, “Save Your Tears” and more, this was a lean mixtape in action – which is exactly what you want out of a good halftime performance.

With not a guest star in attendance, there was a Vegas cityscape, a shining robotic choir and fireworks galore.

Leaning into the times we are in, The Weeknd reportedly put $7 million of his own money on the table to exceed expectations and introduce himself to a whole new fanbase. Part of the subsequent success of that move was the up-close nature of the performance that played less to the fans in the stadium and more to the millions watching in various stages of Covid-19 lockdown across the country and the world. 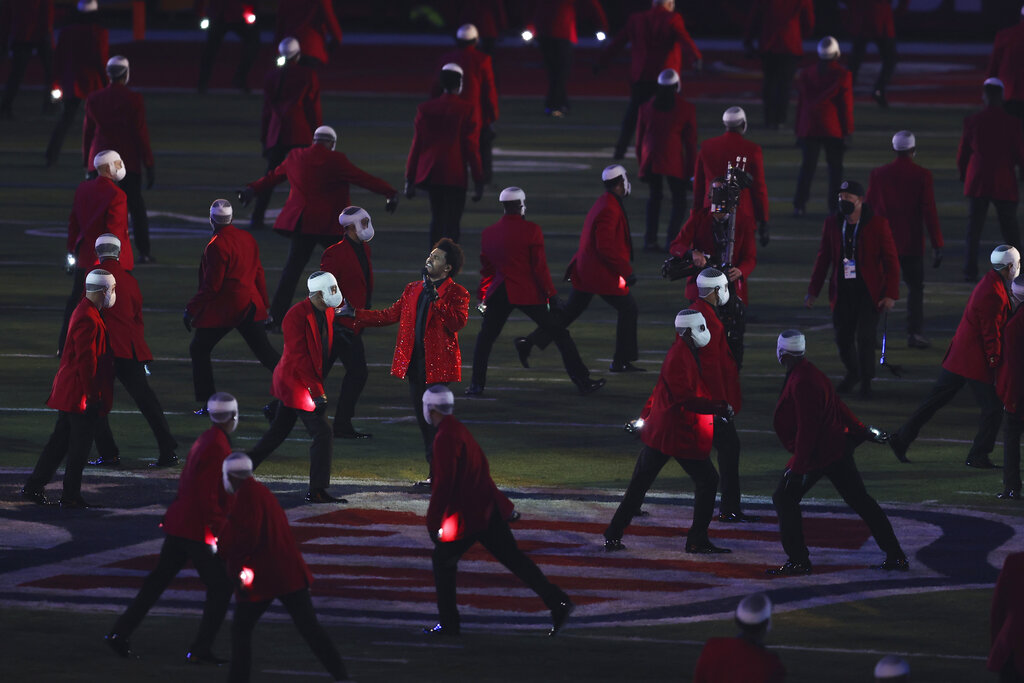 In that context, When The Weeknd went through a hall of mirrors surrounded by extras dressed as his recent facial bandaged Character personality you felt in the moment and in his face – which is something most of us have avoided this past year out of scientifically proven fear of contagion. The payoff and larger cultural relief was completed when singer then leapt out on to a stage that used most of the Ray Jay as his backdrop.

A head spinning segue later there was a fourth wall breaking field of around 100 dancing and rampaging Characters for The Weeknd’s 2011 tune “House of Balloons/Glass Table Girls.”

Diana Ross should be proud. And the NFL and CBS should be thanking whatever gods they pray to that their bet paid off.

After the fiasco that was Maroon 5’s Super Bowl halftime show a few years back and the last time the game was on CBS, the league decided if it was going to try to bait a younger generation to tune in for America’s big show, they needed at least some genuine cool factor.

A criteria that The Weeknd was always going to meet to some self-conscious degree even with his explicit material, cloy persona of detachment and Canadian birth certificate. In terms of other appropriate citizens of the Great White North, Drake clearly didn’t want to play NFL’s game – though the Best I Ever Had singer did show up in a State Farm ad today. Bumping up the ask several decades, Neil Young would have been too unpredictable, and Bryan Adams …well, that’s classic and nearly forgotten rock boarding on relic.

So, the multi-platinum The Weeknd it was- and thankfully so.