The Walking Dead has seen a huge number of characters being killed off over the years from fan-favourite Carl Grimes (played by Chandler Riggs) to murderous villain Alpha (Samantha Morton). Arguably the most memorable and horrifying deaths in the AMC show, however, would be that of Abraham Ford (played by Michael Cudlitz) and Glenn Rhee (Steven Yeun) at the hands of Negan (Jeffrey Dean Morgan).

WARNING: This article contains graphic spoilers from The Walking Dead.

After a cruel cliffhanger in the season six finale, viewers were welcomed into season seven with the continuation of the scene which saw two characters being killed off.

As Negan trapped Rick Grimes (Andrew Lincoln) and his band of survivors, a murderous game of eeny-meeny ensued which saw Abraham selected as the unfortunate victim.

Negan brutally caved Abraham’s head in with his baseball bat as punishment for Rick’s group’s attack on his army of Saviours but he wasn’t done there.

Daryl Dixon (Norman Reedus) landed a punch on the villain which resulted in another form of punishment being dished out – enter Glenn. 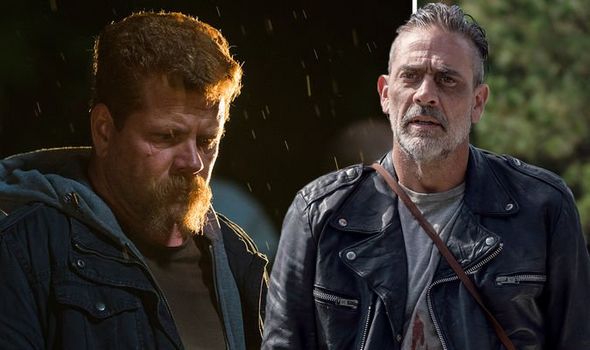 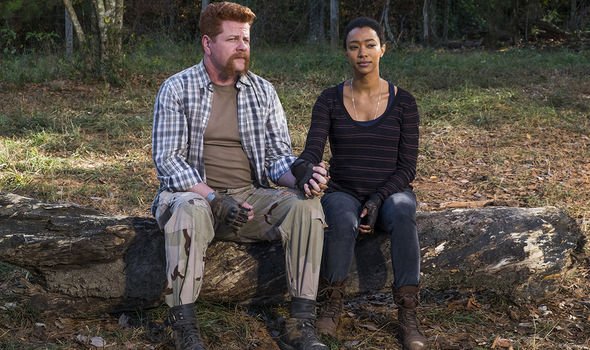 Now, Michael has spoken out about his death scene and indeed what he regrets about it to podcast Dead Talk Live.

The actor told the hosts he had but one regret from being killed off – and it had to do with Negan.

He explained: “The only regret I have is that we didn’t get to see [Abraham and Negan] sort of be soldiers together, actual soldiers.

“That would have been fun to kind of spend a little bit of time with them going on missions during ‘All Out War.'” 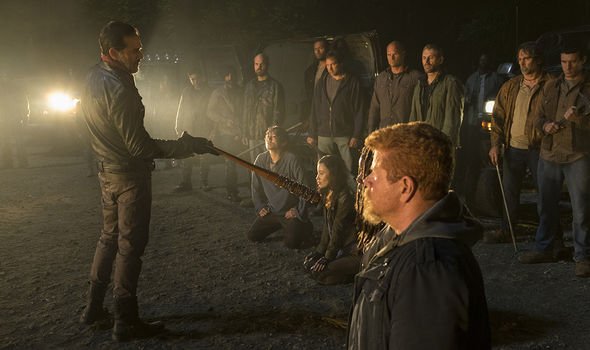 Abraham was always one of the biggest and best fighters in Rick Grimes’ group, so to see him battling against or even alongside Negan would have been a spectacle.

However, Abraham’s death was made even more emotional by seeing him have to leave his new love, Sasha (Sonequa Martin-Green).

On Abraham leaving his former girlfriend, Rosita (Christian Serratos), for Sasha, Michael explained: “He loved Rosita, but he was not in love with her.

“Early on, I think for both of them, it was a relationship of convenience. That was all they had.”

Although Abraham didn’t make it through to the end of the show, viewers are looking forward to seeing how Beta (Ryan Hurst) is going to conclude season 10.

They have become even more excited recently since showrunner Greg Nicotero spoke out about how things are going to progress.

In a video interview with fan site FANDOM, the boss teased: “People’s jaws are gonna drop, it’s one of my favourite episodes of the season.”

He added: “What’s great about our show, and what Angela (Kang, showrunner) has done so well, is really kept the momentum of the story moving forward.

“Where we last left everyone was that Beta and the horde was surrounding the tower, and the finale picks up right where we left off.”

Beta is certainly going to cause quite the stir in the coming episodes after seeing Alpha killed off by Negan.

But will he be able to survive the onslaught from Daryl Dixon and his allies?