The Walking Dead: World Beyond is a series like none other in the TWD franchise, following a group of four teens who’ve grown up in the outbreak seeking answers. While TWD and Fear the Walking Dead show the survivors tackle the Walkers head-on, dismembering the lifeless attackers left, right and centre, AMC’s World Beyond explores the hardships and strained relationships the teens face growing up in this universe. But despite these differences, can fans expect to see Iris Bennett (played by Aliyah Royale) tackling the undead with the likes of Daryl Dixon (Norman Reedus) and Carol Peletier (Melissa McBride)?

The entire The Walking Dead franchise has undergone quite the transformation in 2020.

Not only did World Beyond premiere on AMC and Amazon Prime in the UK with the first of its two seasons, but it was announced the flagship series would be coming to and after season 11.

However, there’s still plenty of horror to come as a spin-off following TWD fan-favourites Daryl and Carol is in the pipeline once the final series has aired.

With plenty of Walker drama still on its way, therefore, Express.co.uk spoke to World Beyond’s leading star Royale about the possibility of a crossover. 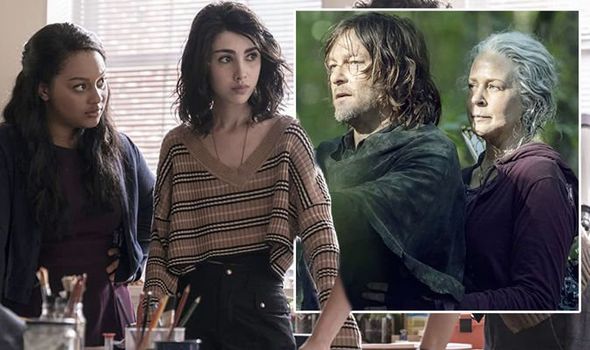 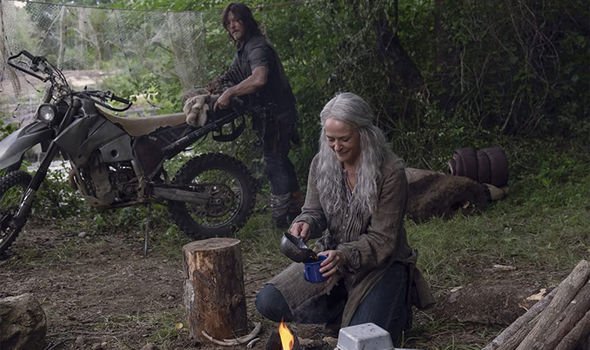 “Absolutely,” Royale said when asked about reprising the role of Iris if World Beyond is extended beyond season two.

“I have no clue what to expect from Iris at the end of season two. I know there are certain things that they want to focus on.

“But if that story is extended even past that, I think I’d be delighted to see what they came up with. It’s an awesome opportunity.”

Royale then discussed how World Beyond could end in its second season and if it tees up the possibility for the story to go further. 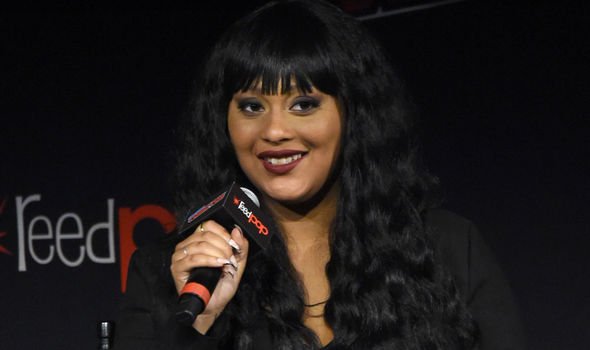 “First of all, just based on the way season one ended, the number of open-ended questions was overwhelming, to say the least.

“We are great at the cliffhangers,” Royale teased. “We do really well with that.

“Season two, I definitely think there will be some satisfaction, but it’s definitely going to be open for the characters to do even more and to go on other journeys.

“I mean, we’ve got the movies, we’ve got the Daryl and Carol spin-off. There’s a lot of stories that still need to be told you know, wherever those go, we’re blessed.”

When asked directly about seeing Iris pop up in any of the aforementioned TWD projects, Royale replied: “The possibility is definitely there.

“The way that I work personally – I’m a step by step kind of girl when I’m working.

“When I get the first script, that’s great. I don’t need to know what happens second, third, or 10th episode on. That’s the way I like to work.

“Other cast members might know certain season two or season plus on details, but personally, I just like to be a part of a ride, no expectations, just enjoying working.”

Royale concluded: “For the first like three years of my career in LA, I was doing background work, extra work.

“I wasn’t saying lines, I was barely visible on the camera.

“To be, you know, a lead character, to be going to work every single day. And doing this, I’m just blessed.”

Fans will have to keep their eyes peeled to see if any of the World Beyond crew cross paths with the likes of Daryl and Carol in the near future.

The Walking Dead: World Beyond continues Sunday on AMC in the USA and Fridays on Amazon Prime Video in the UK.