The Walking Dead viewers are expecting quite a lot from the second half of season 10. Kicking off this weekend, viewers are keen to see how Michonne (played by Danai Gurira) and the gang get out of the caves they are trapped in. But as things go forward, viewers will be watching Michonne’s final storyline in the show play out.

As fans know, Michonne is making an exit from The Walking Dead show in season 10.

It is not yet certain whether she is going to die or not, but the generally accepted theory is that she will be joining Rick Grimes (Andrew Lincoln) on his upcoming films set in The Walking Dead universe.

While the show’s bosses have been extremely tight-lipped about what is going to happen with Michonne, Rick, and the movies, Scott Gimple has now spoken out about Danai’s career, and where it’s going.

Speaking on The Hollywood Reporter’s TV’s Top 5 Podcast, Gimple all but confirmed Michonne would be joining Lincoln in the big-screen outing. 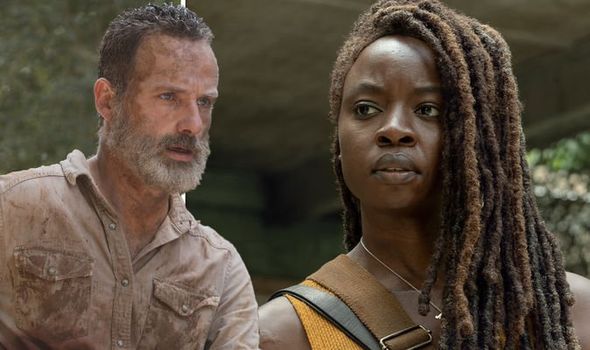 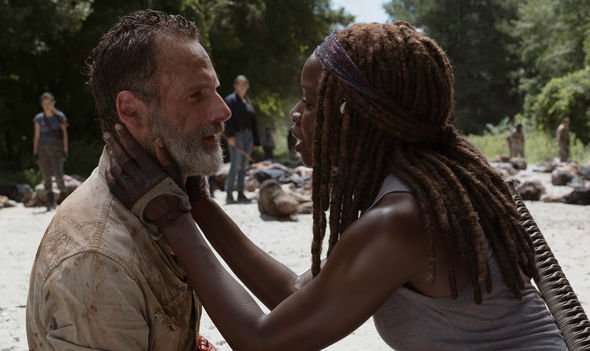 Host Lesley Goldberg began by saying: “She’s a movie star after Black Panther. She has to participate in these [movies].

“She’s as big of a draw, if not more so, than Andrew Lincoln at this point.”

Gimple agreed instantly, cutting in to say: “Oh yeah, absolutely. You just laid it out.

“I would say, even if she happened not to be a movie star, that would be the case.” 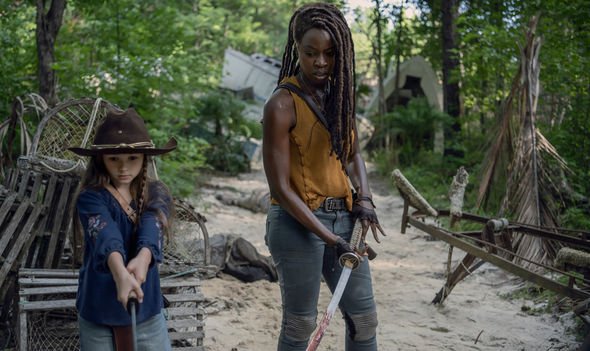 He then harkened back to seeing Gurira arrive on screen as Okoye in Black Panther a few years ago – her first Hollywood outing.

Gimple said: “I remember sitting in Black Panther at the premiere and watching her as Okoye and sort of sinking into my chair and being like: ‘Oh my God… Danai’s a movie star.’” (sic)

“I think she blew away everyone on the screen,” he continued. “She’s always blown us away, but she was our little secret with 17 million people. Now the secret’s out.”

While it is not yet certain if Michonne is going to be killed off, many viewers believe it could be Carol (Melissa McBridge) who is slaughtered next.

The latest piece of evidence that stacks up against Carol is the title of an upcoming episode.

The episode is titled “Look at the Flowers”, which is a reference to a line spoken by Carol seasons ago.

In the episode which featured this line, Carol said it just before killing off a young girl who was not dealing with the apocalypse very well.

Fans recently pointed out: “In this episode, which was also Episode 14 of that season, Carol ended up having to deal with a survivor called Lizzie Samuels (Brighton Sharbino), who was not coping with the post-apocalyptic environment.

“Lizzie was also a child, which made the episode almost too much for the audience to bear when Carol told her to turn around and look at the flowers before she shot and killed her.”

As this line is now synonymous with death, could it be a hint pointing towards the end of Carol’s journey on the show?

If so, how will Daryl Dixon (Norman Reedus) react to the loss of his best friend?

The Walking Dead returns to AMC on February 23.