The Whisperers were back in season 10 of The Walking Dead to wreak havoc on the likes of Daryl (played by Norman Reedus), Carol (Melissa McBride) and the communities. Led by the murderous Alpha (Samantha Morton), the Whisperers show no signs of slowing down as they continue to torment those in Alexandria. TWD viewers, however, think Alpha may have planted a spy in Alexandria in the form of new character Dante (Juan Javier Cardenas). Here’s the theory.

Is Dante secretly part of the Whisperers?

WARNING: This article contains spoilers from The Walking Dead season 10.

Dante was first introduced to AMC viewers in the very first episode of season 10.

While the pair shared a casual conversation, Dante made quite the impact on viewers.

Not only have some theorised a Dante/Siddiq romance could be in the pipeline, but some predict he’s part of the Whisperers.

The Walking Dead season 10, episode 4 promo: What will happen next?

The Walking Dead season 10 streaming: How to watch online 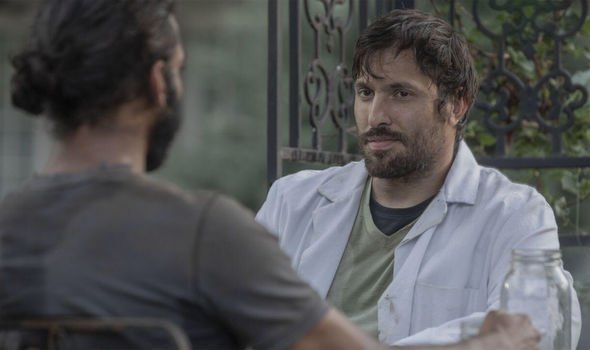 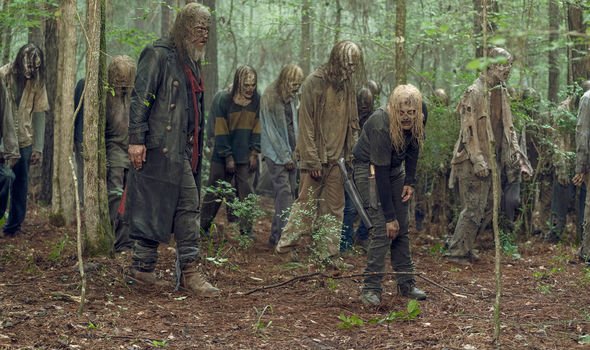 The theory of Dante’s hidden identity was shared online by an eagle-eyed fan shortly after season 10’s opener.

On Reddit, user NYStarLord said: “Does anyone have a suspicion that Dante may be the Whisperer mask that was found?

“Aside from acting weird, he seems to be relatively new to the group, based on when he was talking to Siddiq about ‘arriving to town on time for you to play house’.”

However, the TWD fans also questioned whether, in fact, it could actually be Siddiq who’s part of the Whisperer’s plan to attack Alexandria.

The Walking Dead season 10: Who has died so far this series? 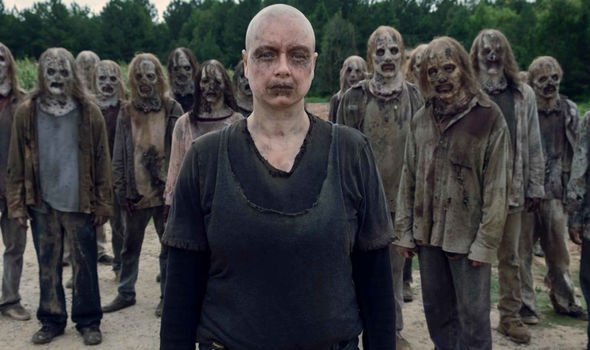 The user added: “It’s also weird how Siddiq was staring at him.

“I understand he has PTSD. But maybe he has guilt. Not survivor’s guilt. But actual guilt.

“Maybe the reason why Siddiq was left alive was part of a plan to make Dante a spy for Alpha.

“She would be in contact with him to make sure the heroes don’t cross the border, and if she doesn’t hear back, she assumes he was killed and possibly a new war.”

The Reddit user isn’t the only TWD fan to think something’s off about Dante.

The Walking Dead season 10: How many episodes are there? 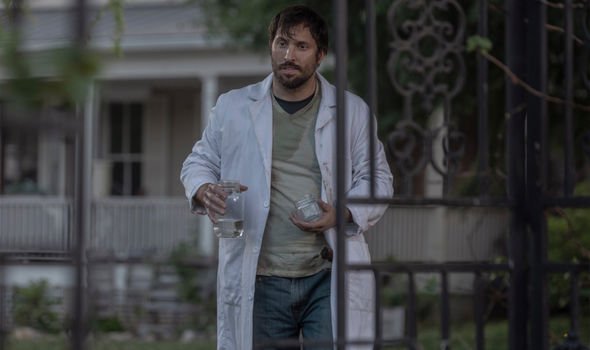 Several took to social media after episode three, when Dante appeared again, to question his intentions.

One Walking Dead fan said: “Is Dante a #whisperer infiltrator or just a tool? #TheWalkingDead.”

A second added: “Whisperer spy in Alexandria problem. Hope it isn’t Dante but I think someone named is a spy.”

While a third said: “I #BelieveCarol but I don’t necessarily believe Dante, Siddiq’s new assistant. Something suspicious about him.

“Did Siddiq recognise his lips (from the) mask last week? Maybe he’s a Whisperer who has infiltrated and that’s how Alpha knows what’s going on.”

Whether Dante will emerge as part of an ultimate betrayal on the communities will likely be revealed as the series continues.

The Walking Dead season 10 continues every Sunday on AMC and every Monday on Fox UK.