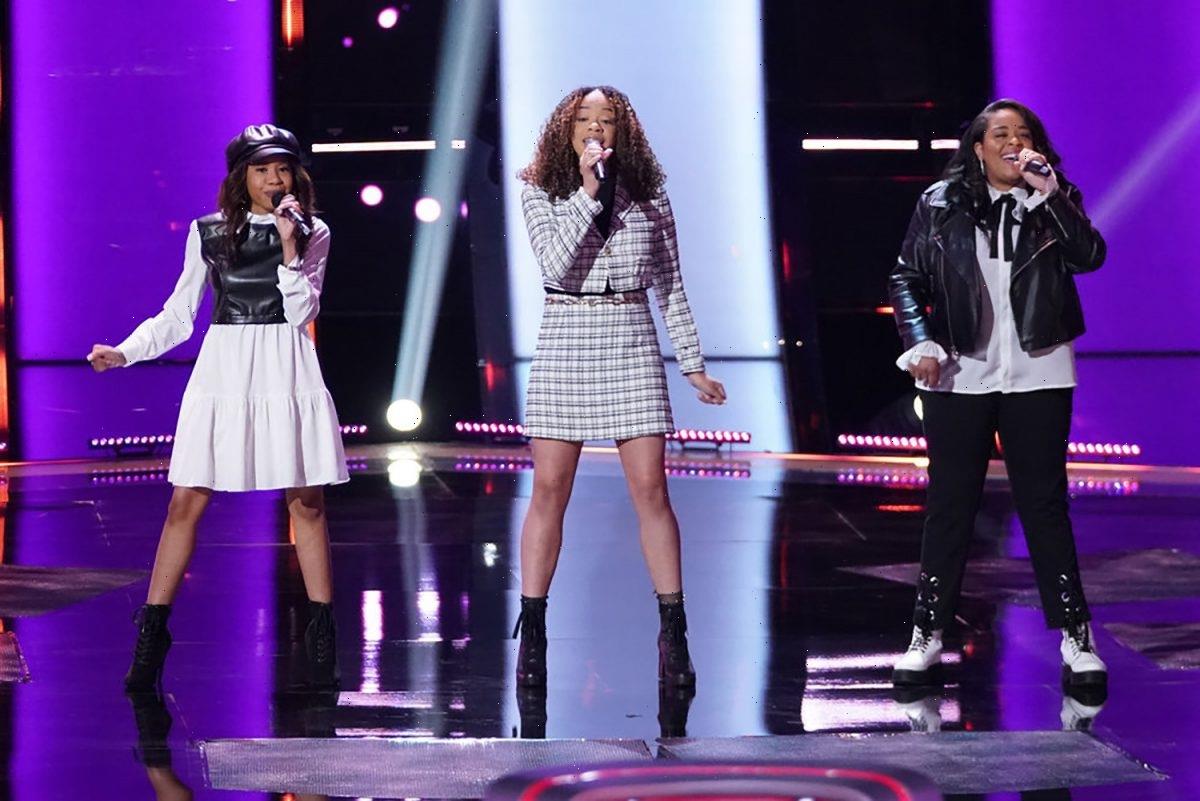 That’s a wrap on The Voice Season 21’s Blind Auditions after episode 6 on Tuesday, Oct. 5. Coaches Kelly Clarkson, John Legend, Blake Shelton, and Ariana Grande filled the final spots on their teams in preparation for the Battle Rounds, which kick off on Monday, Oct. 11. Of course, Tuesday evening was a night of celebrations, as the coaches marked their full teams with songs, dances, and even a mic drop. Here’s the final Blind Auditions recap.

With only two spots left on her team, Kelly held out for artists she felt totally confident in. The penultimate spot went to Aaron Hines, 28, of San Antono, Tex. John Legend has heavily influenced Aaron’s singing career — he often performs “All of Me” at weddings and sang “Ordinary People” in eighth grade. But when it came to his performance of “Heartbreak Anniversary” by Giveon, which earned four chair turns, he chose Kelly. John loved Aaron and even harmonized on “All of Me” with him, but Aaron felt Kelly “got [him] artistically.”

Just as Kelly started to feel the pressure as the last coach to fill her team, a perfect match came along. Parker McKay, 29, of Nashville, Tenn., has loved music and performing since she was young. She moved to Nashville to try country music but ultimately found pop to be a better fit. Thus, Parker came to The Voice stage with a country-pop blend — could it get any more Kelly than that? Her performance of “Slow Hands” by Niall Horan left Kelly thoroughly impressed. “[Parker] has a beautiful head voice and an outstanding chest voice,” Kelly said.

Tommy Edwards, 27, of Bigfork, Mont., is all about singing rock. Growing up, he often performed alongside his father, who was a business banker by day and a rocker by night. Tommy performed a high-energy rendition of “Drops of Jupiter” by Train, earning turns from Blake and John. Blake loved Tommy’s rock sound and compared him to the Black Crowes, while John complimented his “electricity.”

In typical Blake fashion, he celebrated his full team by showing off in front of his Win Cam one last time.

Ariana might be the newest coach in The Voice Season 21, but she was the first to fill up her team. Her final spot went to yet another amazing group: KCK3. Sisters Kyla, 19, Chelsea, 26, and Kaitlynn, 17, of Brandon, Miss., come from a long line of sibling groups in the family. Ready to become the first sister trio on The Voice, KCK3 sang their hearts out to “No Tears Left to Cry” by our very own Coach Ariana. Needless to say, they impressed Ariana. She complimented their harmony but wanted to help them tighten it up in the future.

Ariana showed off her own skills by performing a “my team is full” riff. She topped it off with a mic drop in front of Blake. Nice.